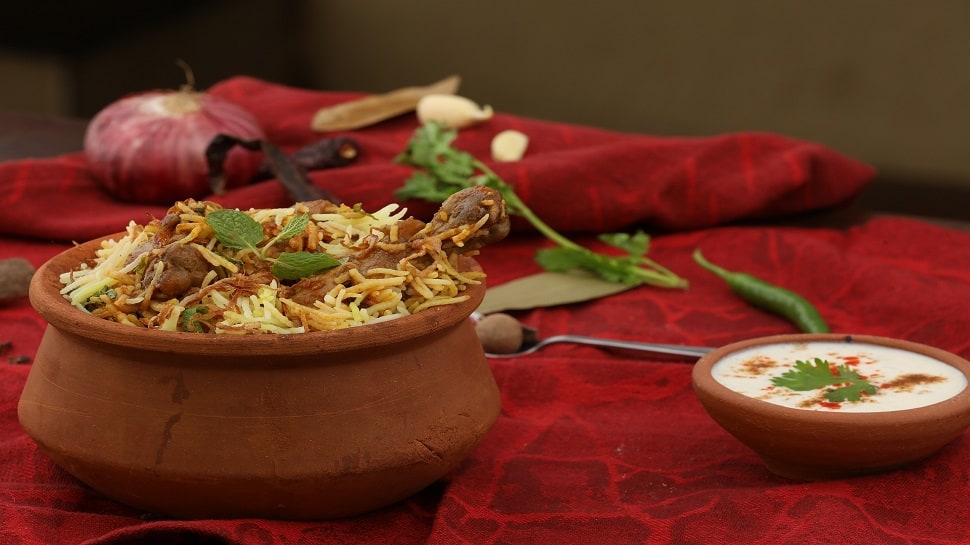 Bhopal: With an aim to increase the strength of the party in Bhopal ahead of the assembly elections in 2023, Asaduddin Owaisi`s All India Ittehadul Muslimeen (AIMIM) has launched a unique campaign. The party is organising biryani fests to engage more people. AIMIM leaders claim that till now the party has made more than one lakh members in Madhya Pradesh. AIMIM leader and contender from Narela seat Peerzada Tauqir Nizami said that people are going to the feat and being treated to delicious biryani under the Atithi Devon Bhava.

The party also claimed that more than 25 thousand members have been added to Narela. AIMIM leader Peerzada Tauqir Nizami claimed that in the Narela assembly of Bhopal alone where 40 per cent of the people belong to the Muslim community, about 25 thousand people have joined the party.

“Our effort is to make more than 10 lakh members from AIMIM before the assembly elections. People are coming to Owaisi with enthusiasm. We are also offering Biryani feasts to engage people in Narela Hyderabadi Biryani is very famous after Owaisi in India,” Nizami said.

Owaisi`s supporters are excited about the success of the urban areas in the very first elections. At the same time, the tension in Congress has increased.

Congress has suffered badly due to the entry of AIMIM in the civic polls. In the 2023 elections, AIMIM is preparing to contest 50 seats in Madhya Pradesh. In cities like Bhopal, Indore, Jabalpur, Khandwa, Khargone, and Burhanpur, the contenders of AIMIM have also started working intensely.

In the recently held urban body elections, about 7 councillors won in many cities including Khandwa, and Burhanpur. AIMIM spoiled the game of Congress in Burhanpur Municipal Corporation. Madhuri Patel of BJP defeated Shahnaz Ismail Alam of Congress by a margin of just one thousand votes in the Burhanpur Mayoral election.

AIMIM has also been the biggest reason for the Congress`s defeat in the Burhanpur mayor`s seat in the civic polls as the Owaisi`s party spoiled the game of Congress in Burhanpur Municipal Corporation. This is the reason why Congress is calling AIMIM a vote-bitter. Meanwhile, BJP accused AIMIM of breaking the country that Owaisi`s party is working to break the country.

People who unite the country will not join this party. AIMIM has 7 councillors in Madhya Pradesh, but the party`s influence is from Bhopal, Jabalpur, Indore, Khandwa, Khargone, and Burhanpur to every Muslim-dominated area of Madhya Pradesh.