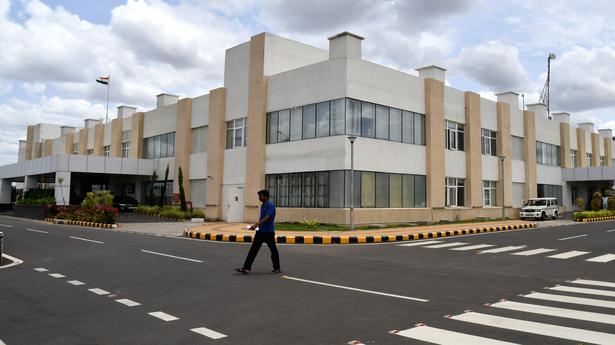 The monsoon session of the Andhra Pradesh Assembly will commence on September 15. The session is expected to last till September 22, with five business days.

The YSRCP government has dropped enough hints of introducing the new Bill on Decentralisation and the “Three Capitals”, during the short Assembly session amid the heat generated by the land owners in Amaravati, who started a padayatra to Arasavalli in Srikakulam district on Monday.

Following a High Court order in March directing the State government to complete all the pending works in Amaravati since the government is not “competent authority”, to change the location of the Capital, the Assembly has repealed the APCRDA Repeal Act, 2020 and AP Decentralisation and Inclusive Development of All Regions Act, 2020.

Chief Minister Y.S. Jagan Mohan Reddy, speaking at the end of a marathon discussion during Budget session, had said that his government was committed to the idea of decentralised development and the location of three Capitals in Visakhapatnam (Executive Capital), Amaravati (Legislative Capital) and Kurnool (Judicial Capital).

Stating that the previous TDP government had set upon a grandiose plan of developing 53,000 acres at a whopping cost of ₹1.09 lakh crore, Mr. Jagan had said that the whole process was riddled with corruption, nepotism and criminal breach of trust.

The other business in the Assembly included a list of starred questions on Agriculture, Social Welfare, Water Resources, Finance, Energy and Industry and Commerce, etc,.