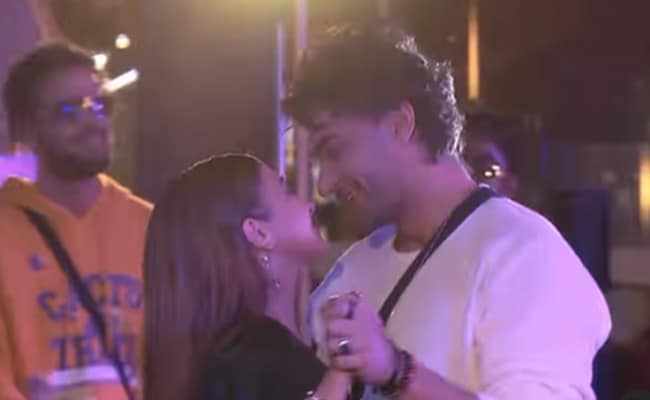 Bigg Boss 16 contestants Tina Datta and Shalin Bhanot have left the audience and housemates confused with their relationship status. The two have gone from being fellow contestants and friends to confessing their affection for each other. However, they have also categorically denied being in love with one another. But recently, Tina and Shalin were seen cosying up during the New Year Eve’s party. Their romantic dance just hours after a fight raised eyebrows, and several contestants have expressed doubts regarding the authenticity of their bond. In a promo shared on Monday, Archana Gautam is seen describing Tina and Shalin’s love story as “fake”. She even adds that the two should be embarrassed to dance in this manner on national television.

During the course of the episode, Tina Datta expressed her feelings to Shalin Bhanot. While dancing together, Tina tells Shalin, “You’re making me fall in love with you but then you break my heart.” She even says, “I’m falling in love with you Shalin. This shouldn’t have happened.” When Shalin asks her to explain, Tina refutes her statement and says, “I don’t mean it.”

Last week, Vikkas Manaktala was eliminated from the house after his short stint as a wild card entry. The latest edition of Bigg Boss 16 is available for viewing on Colors TV from Monday to Friday at 10 PM. The weekend episodes, which also include Salman Khan’s Weekend Ka Vaar, air at 9.30 PM.  The show is also available on the streaming platform Voot Select with a 24*7 stream.