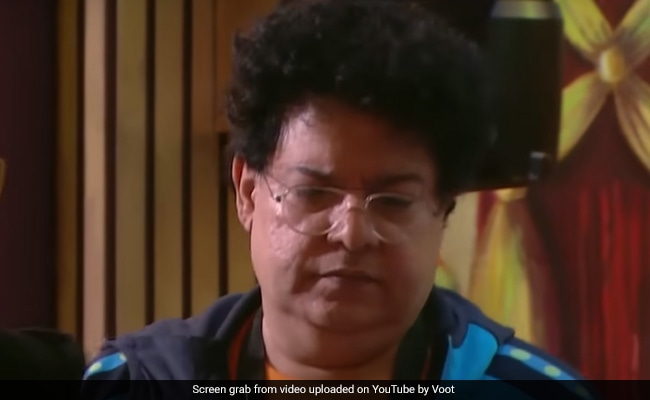 Sajid Khan in a still from the video. (courtesy: YouTube)

This season of Bigg Boss has been quite exciting. Unlike previous seasons where he is a silent observer, this season Bigg Boss is seen giving advice and even pitting people against each other. Now, housemates Sajid Khan And Shiv Thakare have accused Bigg Boss of being biased towards Archana Gautam. Archana has had fights with most contestants during the course of the reality TV show and was even evicted temporarily for attacking Shiv physically. This week, she got into a massive fight with MC Stan, who said that he wants to leave the show due to the argument.

In light of this development, Sajid Khan and Shiv Thakare are seen discussing how much of a freehand is extended to Archana Gautam week after week. When Sajid Khan tells MC Stan that both Archana and he were wrong, MC Stan says that Bigg Boss is on Archana’s side. Both Shiv and Sajid agree to this, and Shiv adds that Archana’s mistakes are often ignored  and the errors of others are highlighted. Sajid agrees to this and adds that he has been saying this for a long time now.

MC Stan even locks himself up in the bathroom after the fight. While MC Stan is cajoled into having food by his friends, Archana is seen crying about how heartless the housemates are. After the fight, during a task, Bigg Boss scolds the two and says: “If you want to show such a weak and negative side of your personality, I will also make sure your fans see all of this.” Following this, both apologise for their behaviour.

Watch a clip of their fight here:

Bigg Boss 16 is available for viewing on Colors TV from Monday to Friday at 10 PM. The weekend episodes, which also include Salman Khan’s Weekend Ka Vaar, air at 9.30 PM.  The show is also available on the streaming platform Voot Select.