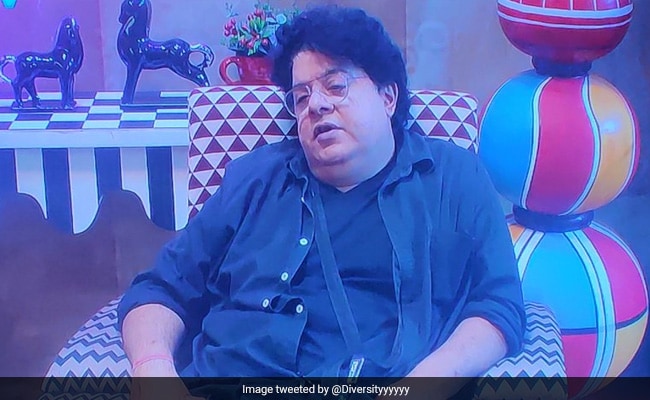 The latest season of Bigg Boss has managed to keep fans on the edge of their seats. From Shalin Bhanot-Tina Datta’s equation to the constant fights between contestants, the dynamics are changing every now and then. Now, as per the latest promo shared by the makers of Twitter, filmmaker Sajid Khan will be seen leaving the house in the next episode. The clip opens with Sajid, who is finding it hard to hold back his tears. We can hear Bigg Boss telling Sajid, “By appearing on this show, you have tried to connect with your fans and friends. The decision was tough. You are the only contestant in the house who is respected by each and every person living under this roof. Thanks to you, we have a lot of stories to tell in Bigg Boss.” Referring to Sajid’s film Housefull,  Bigg Boss added, “It was houseful with you.”

Towards the end of the clip, Sajid Khan shares a warm hug with his housemates.

During the family week, Sajid Khan’s sister, director-choreographer Farah Khan entered the house and met everyone. In the video, Farah walks up to Sajid and hugs him from behind. Meanwhile, Sajid, as part of the task, is in statue mode. She also tells Sajid that their mother is proud of him. Farah also met Shiv Thakare, MC Stan and Abdu Rozik and said that Sajid is lucky to have found his “mandali”.

The clip was shared on Instagram with a note that read, “Sajid se milne aayi ghar mein Farah Khan. (Farah Khan has come to meet Sajid in the house).”

Before Sajid Khan, Abdu Rozik was eliminated from the show.

Akshay Kumar And Shikhar Dhawan Pictured In The City