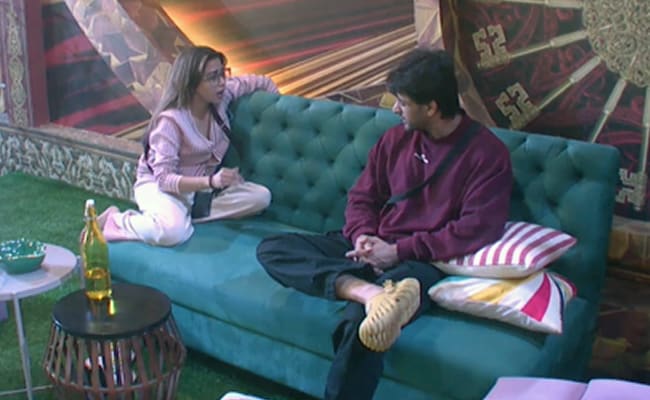 Shalin Bhanot and Tina Datta‘s relationship on Bigg Boss 16 has been making headlines for several weeks now. The two started off as friends and quickly shared that they have feelings for each other but maintained that they do not love each other. However, the lack of clarity regarding their relationship status has left the audience and housemates confused. In a recent episode, Salman Khan also asked Tina and Shalin to give others and their fans some clarity on where they stood. After the tough talk with Salman Khan, Tina and Shalin were seen avoiding each other. However, they soon sat down to discuss their relationship.

During the course of this conversation, Tina Datta accuses Shalin Bhanot of being aggressive. While Shalin says that he has always stood up for her, Tina says that he reminds her of an abusive ex-boyfriend. Tina says, “You made false promises and you remained aggressive. I was in a relationship for over 5 years. He was also an aggressive man and you are acting in the same way. I cannot stay in an aggressive relationship or even a friendship. If we are bringing out the worst in each other, do you think this relationship is worth it?”

While Shalin Bhanot says that he likes Tina Datta, Tina also admits that she did have feelings for him but now she is wary of the relationship. Tina says that she wants some space. To this, Shalin agrees but asks her not to talk to anyone else about their bond.

In another conversation with Priyanka Chahar and Sreejita De, Tina says one of her past relationships that lasted several years ended with her partner slapping her.

Watch a clip of Tina and Shalin’s conversation here:

While Tina Datta looks shocked, Salman Khan says that there is no “consistency” in their equation, adding that she goes to Shalin Bhanot when she is weak and dumps him when she feels strong.

However, Tina Datta says that she can never fall in love with Shalin Bhanot. Salman Khan then asks her why she was dancing with Shalin for New Year’s if she wanted nothing to do with him. “Abhi toh jhagda kiya tha, jaise hi music baja chipak gaye” (You had just finished fighting but once the music started playing you were sticking with him and dancing).”

This week, family members of the contestants will attend the show. Bigg Boss 16 is available for viewing on Colors TV from Monday to Friday at 10 PM. The weekend episodes, which also include Salman Khan’s Weekend Ka Vaar, air at 9.30 PM.  The show is also available on the streaming platform Voot Select.