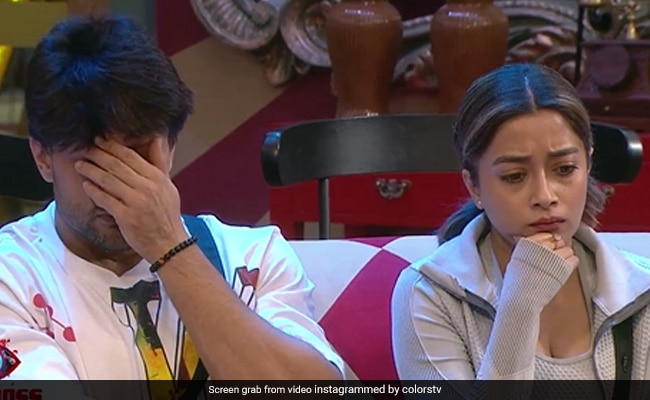 The latest episode of Bigg Boss 16 saw some high-octane drama after Bigg Boss showed the housemates a phone call that happened between Sumbul Touqeer and her father. Bigg Bosssaid that the personal father-daughter call was being shown to the whole house because Sumbul’s father had claimed to be unwell in order to speak to Sumbul. Instead of speaking about each other’s well-being, Sumbul’s father gave her advice on how to play the game, reassured her about nominations and passed unsavoury remarks about contestants Tina Dutta and Shalin Bhanot.

After the phone call, Shalin Bhanot and Tina Dutta are seen losing their temper over Sumbul Touqeer’s father’s harsh comments. Speaking out against his remarks, Tina says, “Main bhi ek ladki hu, this is so not called for. Main bhi kisiki beti hu aap kaise bol sakte ho mere baare mein. Sab log bol rahe hai jo dikh raha hai. Mere dad kabhi kisi ladki ke baare mein aise baat nahi karenge [I am also a woman. I am also someone’s daughter. How can you talk about me like this? People are only talking about Sumbul because of her actions. My dad would never talk like this].”

Tina Dutta then continues, “Aapko koi haq nahi hai mere baare mein aisa bolne ka. Mere maa baap nahi kar rahe aisa. Mera character assassination kar rahe hain khud ki beti ki izzat bachane ke liye. Khud ki beti nai sambhalti hai toh doosro ki beti pe ungilyan mat uthao…Uncle is doing my character assassination, who gave him the right to do that? [You have no right to speak about me. My parents are not engaging in all this. To save his daughter’s reputation, he is assassinating my character. If you can’t handle your daughter, don’t raise your finger on someone else’s daughter]”

Shalin Bhanot is also seen getting enraged by the comments made by Sumbul Touqeer’s father that involved calling Shalin a 40 saal ka buddha. After the video, Shalin is seen screaming at Sumbul saying, “Papa ne bhi bola hai toh dur raho na mujhse, dimag kharab hai kya [Even your father has told you now. So, stay away from me. Are you out of your mind?]”

Nimrit Kaur Ahluwalia, meanwhile, says that it is unfair to the other contestants that Sumbul Touqeer is getting special advice from her family while they are not.

You can watch Bigg Boss 16 on Colors TV from Monday to Friday at 10 PM and at 9.30 PM on the weekend.  The show is also available on Voot Select with a 24*7 stream.

Rapid Fire With The Cast Of Bhediya