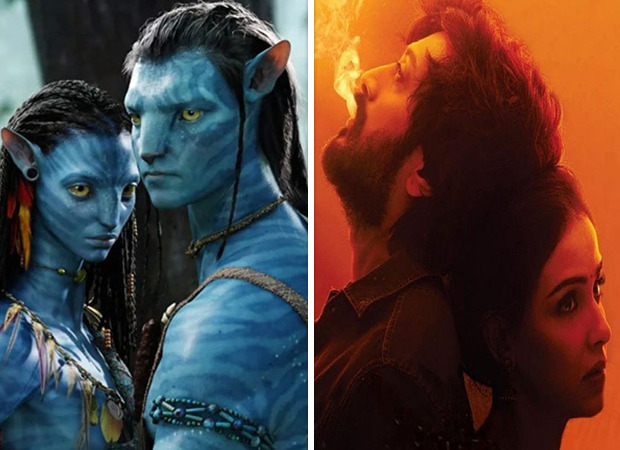 Perhaps for the first time ever, there are two non-Bollywood films making the most moolah at an all-India level. While Hollywood flick Avatar: The Way of Water is the top performing film yet again with very good moolah coming in despite being in the third week, the other one doing quite well is Marathi flick Ved which has completely dominated the Marathi belt. Amongst the Hindi film, there is Drishyam 2 doing quite well but considering it’s in the seventh week, the collections are relatively lesser.

Let’s talk about Avatar: The Way of Water first. The film is continuing to bring in very good numbers and that was seen on Tuesday as well when collections stayed at Rs. 5 crores* mark. This is really impressive since the weekdays are staying on to be quite positive and then over the weekend there would be a good jump seen all over again as there is no competition in sight. The James Cameron directed biggie has scored Rs. 336.50 crores* so far and would go past Rs. 340 crores today before making a dash for Rs. 350 crores milestone.

Meanwhile, Ved is doing simply fantastic business all over Maharashtra. The Riteish Deshmukh-Genelia D’Souza film has seen very big release all over the state and even though majority of theatres have low price tickets, the overall collections are superb. First the weekend was excellent at Rs. 10 crores and post that Monday (Rs. 2.90 crores) was bigger than Friday (Rs. 2.25 crores), which is excellent too since the holiday season is wearing off. However, now even Tuesday has turned out to be quite good with Rs. 2.65 crores coming in and that kind of run sets the film up for a fantastic first week and the best of all times in Maharashtra. So far, the film has collected Rs. 15.67 crores and there is a good chance of the first week haul being in Rs. 19-20 crores range.