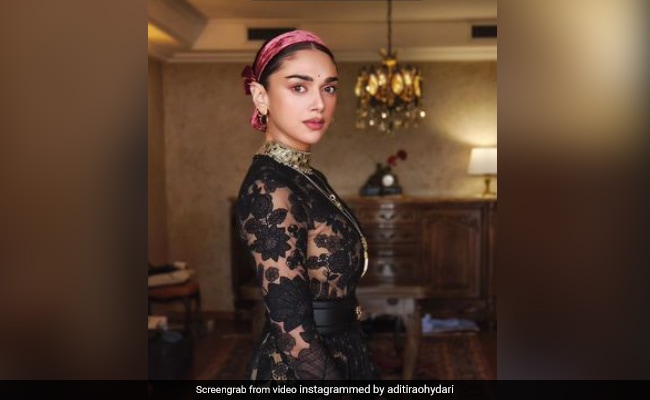 Aditi Rao Hydari, before stepping out for her second red carpet appearance at the Cannes Film Festival this year, shared a glimpse of her new look and we are mighty impressed. The Bajirao Mastaani actor picked another Sabyasachi outfit. The first one was a saree (more on that later). On her Instagram story, sharing the look, Aditi wrote: “A sneak peek only for you.” She wore a laced black gown, along with Sabyasachi’s signature belt. She had her hair styled in a bun and wore a pink scarf over it. Some blushed cheeks, a micro bindi, statement choker and hoop earrings completed her look. 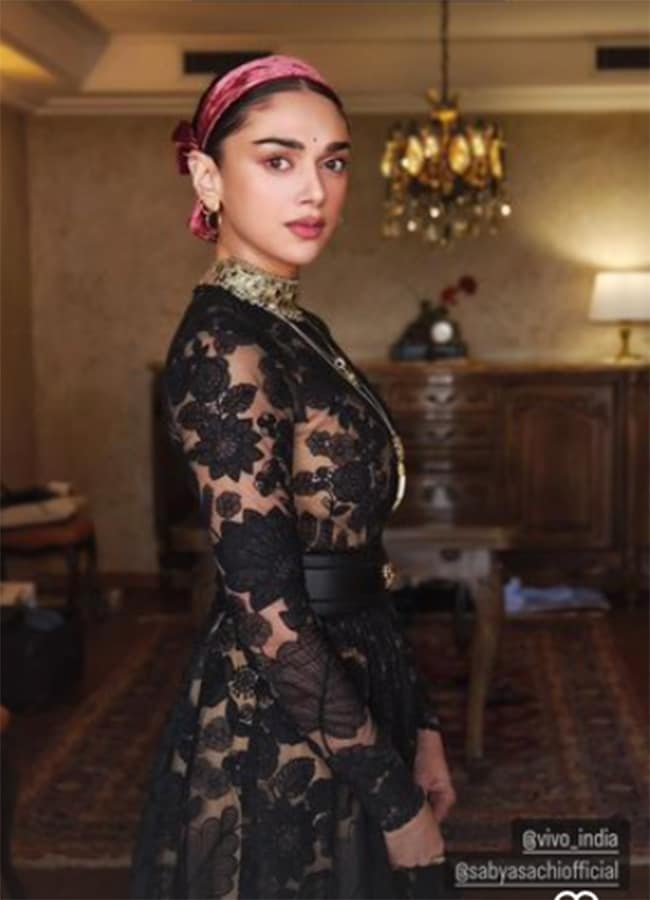 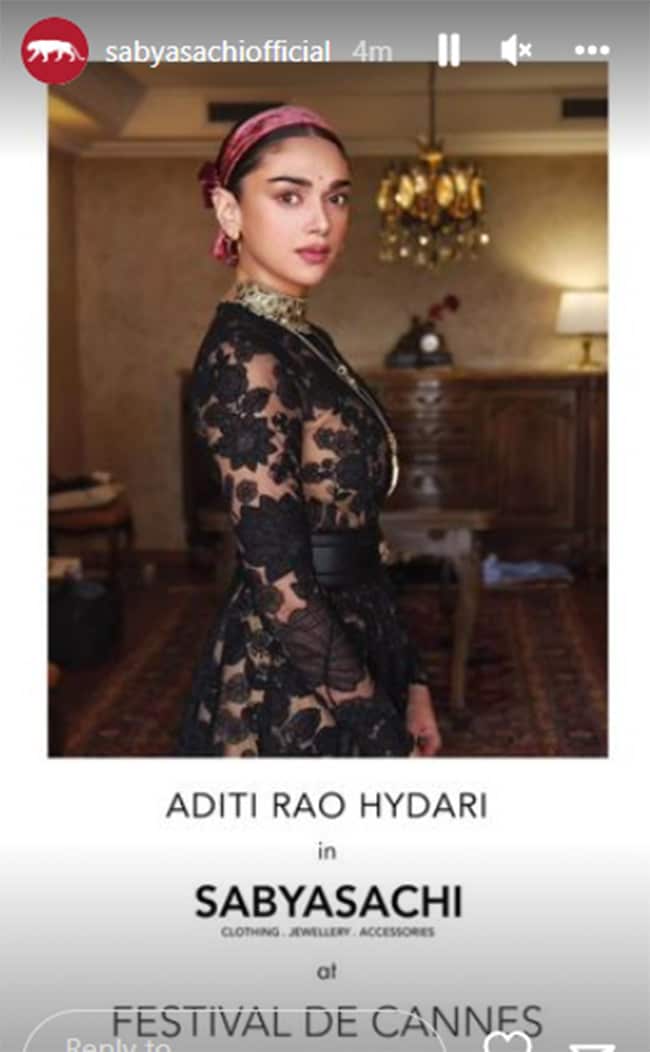 Aditi Rao Hydari first wore a white saree by Sabyasachi and she wrote: “My ammaamma would be proud. Simplicity and tradition in my favourite.” She wore a shade of crimson red on her lips and had her hair styled in a sleek bun.

Earlier during the day, Aditi Rao Hydari was the definition of yin-yang. She wore a black and white outfit by Avaro Figlio. Pictures of her look were shared by the actress’ stylist Sanam Ratansi.

Aditi Rao Hydari turned heads on the red carpet in a dual-toned pink and red gown from the shelves of Mark Bumgarner. She had her hair tied in a ponytail. “The moment I’ve been waiting for #mylifeisamovie,” she wrote.

Aditi Rao Hydari’s off-red carpet moments have been equally impressive. Veering more towards casual chic and quirky prints, here are some of her sartorial picks for her days in the French Riviera:

In terms of work, Aditi Rao Hydari was last seen in the film Hey Sinamika, co-starring Dulquer Salmaan and Kajal Aggarwal. Next, she will be seen in Gandhi Talks. She also has an Amazon Prime web series Jubilee. Aditi is a star of films like Ajeeb Daastans, Delhi 6, Bajirao Mastani, to name a few.