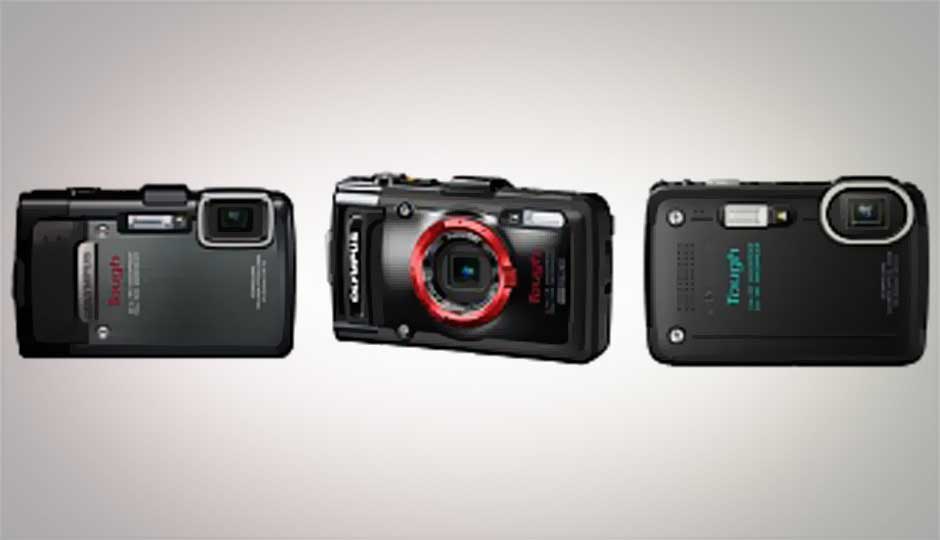 While the main focus of this year’s CES seems to be on TVs, camera makers too are making their mark. Amidst announcements form Nikon and Canon, we also had Olympus unveil three new tough cameras.

The first camera from Olympus is the TG-2 (pictured below), the updated version of the company’s popular TG-1. While the TG-2 retains the TG-1’s 12 megapixel BSI-CMOS sensor and the f/2.0 lens, what’s improved is the ruggedness of the camera and the inclusion of a microscopic macro mode that’s bound to appeal to macro photographers.

The lens has a starting aperture of f/2.0 which goes all the way to f/4.9 through the zoom range of 25-100mm, but the lens comes with an adapter ring for more attachments. The camera can be taken up to 50 feet deep under water and can withstand drops from heights of 6 feet. The ruggedized body also serves to protect the TG-2 against the elements as freezing temperatures as low as -10 Celsius wouldn’t have any effect on the camera.