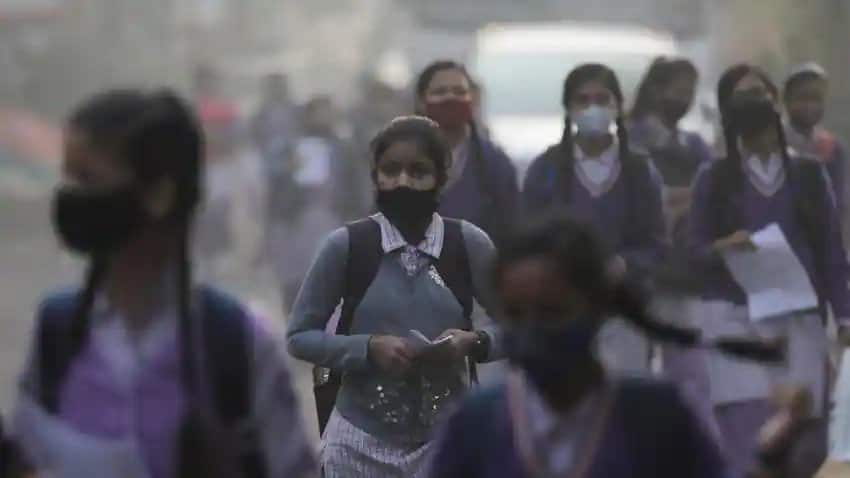 Delhi Schools Closed: Several schools in Delhi-NCR and parents of students welcomed the government’s announcement on holding online classes for primary grades in view of rising pollution, and expressed hope that concerted efforts would be made by the authorities as well as people to address the recurring problem. Experts suggested that the government should rejig vacation schedule in schools as pollution turns severe in winter season every year. The Delhi government on Friday announced that primary schools in the national capital will remain shut from Saturday till further orders while outdoor activities will be curtailed for senior classes amid worsening air quality in the city.

According to Pallavi Upadhyaya, Principal of Delhi Public School (DPS), Raj Nagar Extension, the school will conduct online classes during the period. “We respect the decision taken by authorities and plan on conducting online classes to ensure that there is no learning loss for children. Teachers and students are already adept and comfortable with online classes, so we don’t expect any technical hurdles or glitches. Extra classes are already being conducted in the evening in online mode. So, for us logging in for classes will never be a hassle,” she said.

Bharati Chaturvedi, founder and director of Chintan Environmental Research and Action Group, said the Graded Response Action Plan (GRAP) was implemented earlier too and shutting down schools under the action plan is nothing new. “This happens every year, so why didn’t the Kejriwal government re-work their vacation schedules? Amid all these, the education of children suffer and the most impacted due to these abrupt school shut downs are the underprivileged ones. Most kids in the slums don’t have access to online classes,” she said.

The city continued to reel under the eye-stinging pollution with air quality recorded in the “severe” category even on Friday. Thick smog blanketed Delhi as the city’s air quality remained in the “severe” zone for the second consecutive day, primarily due to unfavourable meteorological conditions and raging farm fires in Punjab. Shubhi Soni, Head of Shri Ram Wonder Years (TSWY) school, believes that the life of a student is paramount.

The National Commission for Protection of Child Rights (NCPCR) had recently asked the Delhi government to shut schools until the city’s air quality improves. In the wake of severe pollution in the national capital, many schools have taken several measures to protect children, including suspension of outdoor activities and introduction of breathing exercises in classes.

Aparajitha Gautam, Delhi Parents Association President said shutting down of primary schools is a welcome step but questioned why senior classes have not been suspended. “Does the government think those children won’t suffer from the poor air quality in Delhi? Impact of pollution doesn’t have an age bar. Relief should have been given to students of all classes. Moreover, how long will the government continue will these temporary solutions?,” she said.

The online classes will commence as usual, and the timetable will be allocated to the parents by the school teachers. “Simultaneously, keeping the mental health of children in mind, we will be providing counselling sessions, yoga sessions, and awareness sessions. MPS has a health and wellness club which monitors, assesses, and assists students in their healthy well-being,” she said.