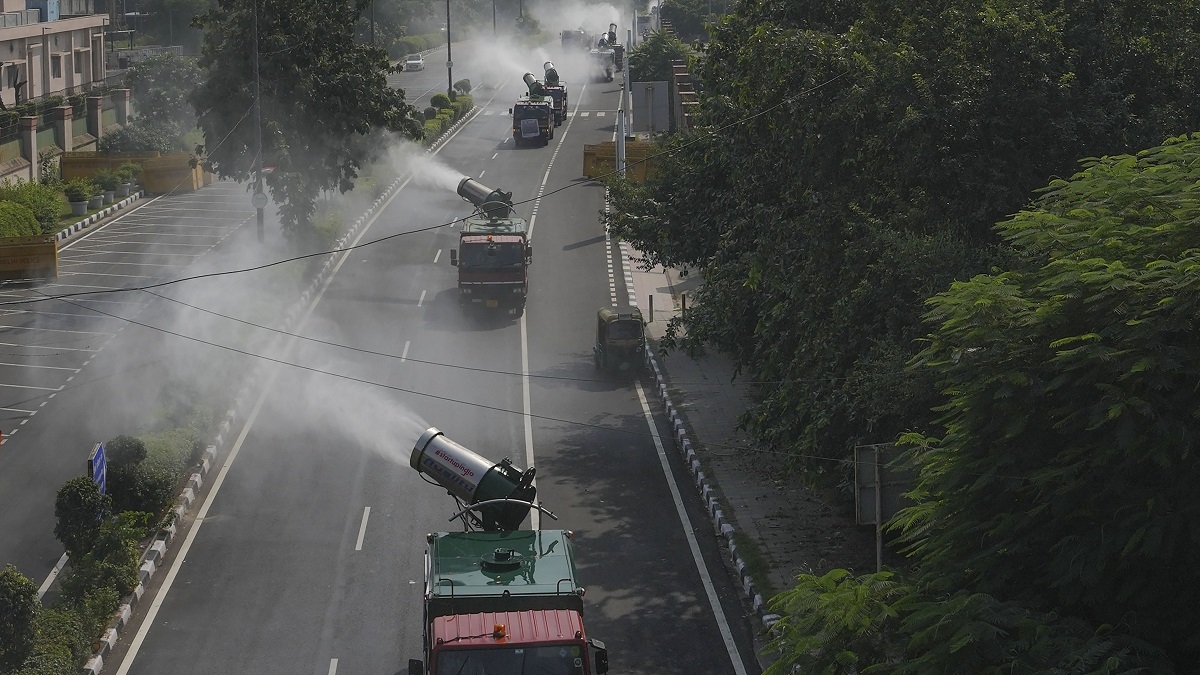 Delhi’s air quality improved on Wednesday morning on the back of favourable wind speed but it remained poor. The Air Quality Index (AQI) stood at 262 at 6 am, improving from 303 at 4 pm on Tuesday. It was 312 at 4 pm on Monday, the day of Diwali.

Delhi’s particulate matter (PM) 2.5 pollution levels on Wednesday morning were three to four times above the national standard of 60 microgram per cubic metre for 24 hours.

The capital had recorded “very poor” air quality on Tuesday after residents in many parts of the capital flouted the ban on firecrackers on Diwali night, but the pollution levels for the next day were the lowest since 2015, thanks to warm and windier conditions that diluted its effect.

In the last two years, Delhi and its neighbouring areas had witnessed “severe” air quality post Diwali, which was celebrated in November, with intense smog enveloping the region for days as stubble burning peaks during the month while low temperatures and calm winds trap pollutants.

Since Diwali was observed early in the season this year, moderately warm and windier conditions prevented the rapid accumulation of pollutants from firecrackers and reduced the effect of stubble burning.

The 24-hour average AQI at 4 pm on Tuesday stood at 303, the lowest for the day after Diwali since 2015 when the Central Pollution Control Board started maintaining air quality data.

According to the Delhi Pollution Control Committee, the capital registered a 64 per cent reduction in PM2.5 concentration and a 57 per cent drop in PM10 levels on Diwali this year as compared to last year.

It attributed the relatively better air quality this time to the reduction in stubble burning incidents in Punjab, better meteorological conditions and “less bursting of firecrackers”.