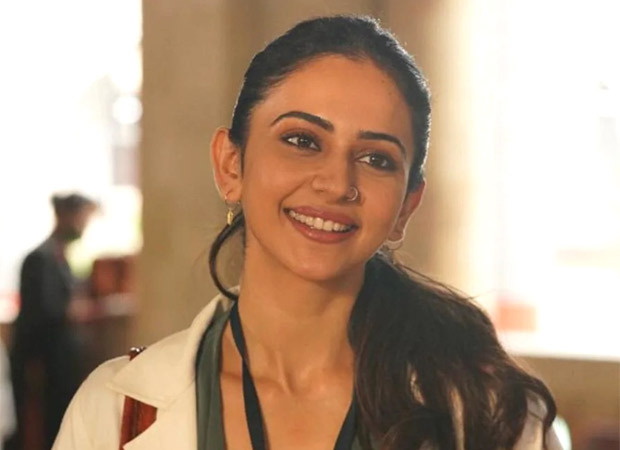 Bollywood’s upcoming film Doctor G is making headlines ever since its inception, especially its story and subject. For the unversed, the upcoming film is a brave attempt to showcase the struggles of being a male gynaecologist in India. As the release of the Ayushmann Khurrana starrer is around the corner, its leading lady Rakul Preet Singh revealed that she “felt shy” as a teenager to go to a male gynaecologist.

In an interview with News 18, the Bollywood diva was asked whether she ever felt apprehensive speaking to male gynaec. In her response, Singh said, “There was a time when I had to go to a male gynaecologist and I felt very shy. I thought how am I going to let this person examine me? You’re a 13-14-year-old, and I did feel shy.

The Attack actor explained, “But now when I look back and obviously when I grew older, I realised that’s not how you look at it. And that’s the conversation even in the trailer. We speak about the male touch and the doctor’s touch. As per statistics, some of the top gynaecologists in the country are male.”

Elaborating further, the De De Pyaar De actress added, “So that’s what we’re trying to say – a doctor is a doctor and that’s how it needs to be viewed. The taboo around it needs to be broken because sexual health is a very important part of one’s being. Unfortunately, we don’t talk about it as much. But it is a part of your body, like a heart or a brain.”

Talking about the forthcoming film, it will feature Ayushmann and Rakul in the lead. Meanwhile, Shefali Shah will also play an important role in it. The film is slated to release on October 14.

Also Read: BREAKING: Doctor G gets ‘A’ certificate from CBFC; emerges as the first film of Ayushmann Khurrana to get an adult rating