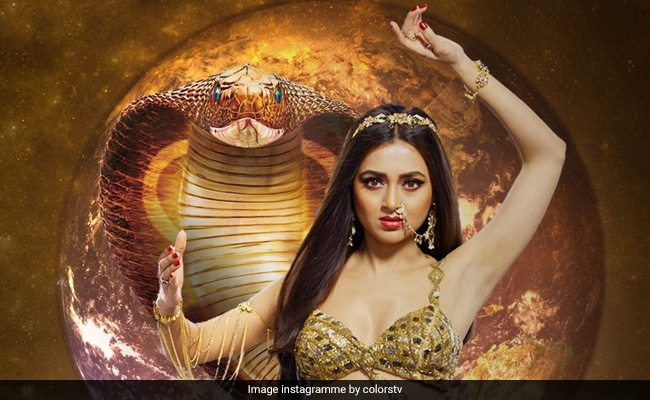 Ekta Kapoor – one of the most powerful women in the world of Indian television – is known for her eye for talent. Many of her shows have gained iconic status, catapulting the actors to national fame. Now, the sixth season of her successful Naagin franchise is drawing to a close. The producer has shared an interesting story on how she chose Tejasswi Prakash to play the lead for the sixth season. Sharing a video of Tejasswi Prakash in her Naagin look, Ekta Kapoor wrote: “Lots of love for this Naginaa. Found her in the Bigg Boss house and in the throes of coronavirus and high fever and cough forced Colors and Manisha that I wanted to cast her!”

Ekta Kapoor added: “Hopefully going to Bigg Boss for an exciting film announcement, let’s see who we find there this time.” She added the hashtag #byebyyenagin, confirming the end of the season. Actor Karan Kundrra, who is dating Tejasswi Prakash and has worked with Ekta Kapoor in the past, responded with fire emojis,

In another video, Ekta Kapoor announced the end of this season of Naagin and said: “As we introduce a new folklore weekend show…time to say bye to my favourite show and India’s biggest folklore franchise #naagin6! This season marked the comeback and found its place right with season one and three. Thank you for all the love and now for the next …JAI MATA DI. P.S. to the team party zaroor hogi (There will be a party).”

Actor Arjun Bijlani replied to the post saying: “Jai Mata di! Blessed to have been part of this franchise. Will always be so close to my heart. Thank you EK Mam for Naagin.” Nakuul Mehta wrote, “So many congratulations to you and the team.”

A few days ago, Tejasswi Prakash and Karan Kundrra treated fans to a happy video of the two dancing. The caption read, “Got that love.. the crazy kind.”