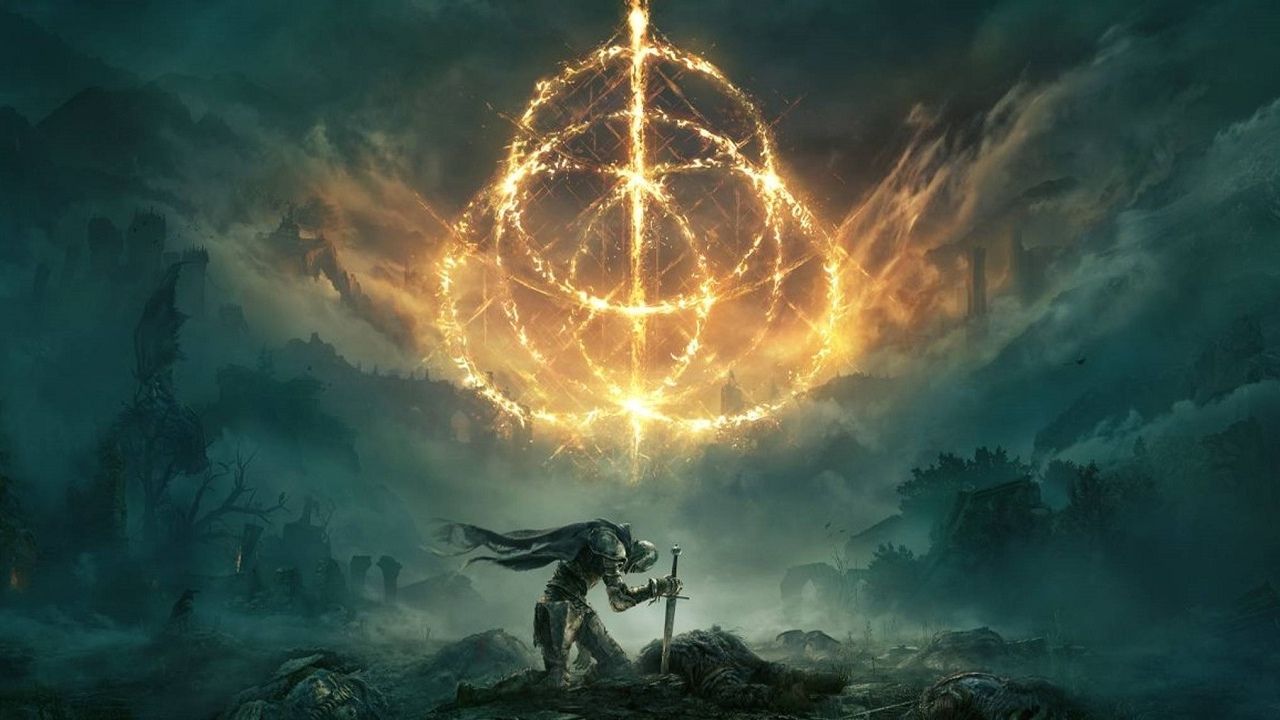 Where do I even begin with this game? From Software have been one of my favourite video game developers since I first got my grubby paws on the Armored Core series of games on the original PlayStation. The game was a pure mech RPG. The story was always pushed to the background and always put gameplay and game mechanics at the forefront. A far cry from modern video games. The game expected you to learn its systems and how each and every number matters. Long story short, the threads of modern From Soft titles can be traced back to my childhood and it’s exactly the same reason why I think Elden Ring is one of the great video games ever released. The game has been out for about 20 days now and most social media platforms are dominated by Elden Ring discussions. From Soft have created a world that is mysterious, dangerous, brutal but most of all, a lot of fun to mess about in.

So, what is Elden Ring about and why are people losing their minds over the game? Let’s dive right in, shall we?

First off, Elden Ring is not meant for everyone. If you enjoy walking simulators or Sony’s ‘cinematic’ games, you will despise Elden Ring. The game does not hold your hand at all and expects you to understand how it works through trial and error. A lot of trial and error! There are no quest markers, cutscenes that serve as exposition etc. Basically, it isn’t a modern AAA title and that’s an amazing thing. From Software have crafted a game that is essentially a culmination of everything that has come before it. From the atmosphere of Dark Souls to the more aggressive gameplay of Bloodborne, Elden Ring takes everything that From Soft have created and delivered a game that is unique, challenging and most of all, not the trash that you see from Western developers. 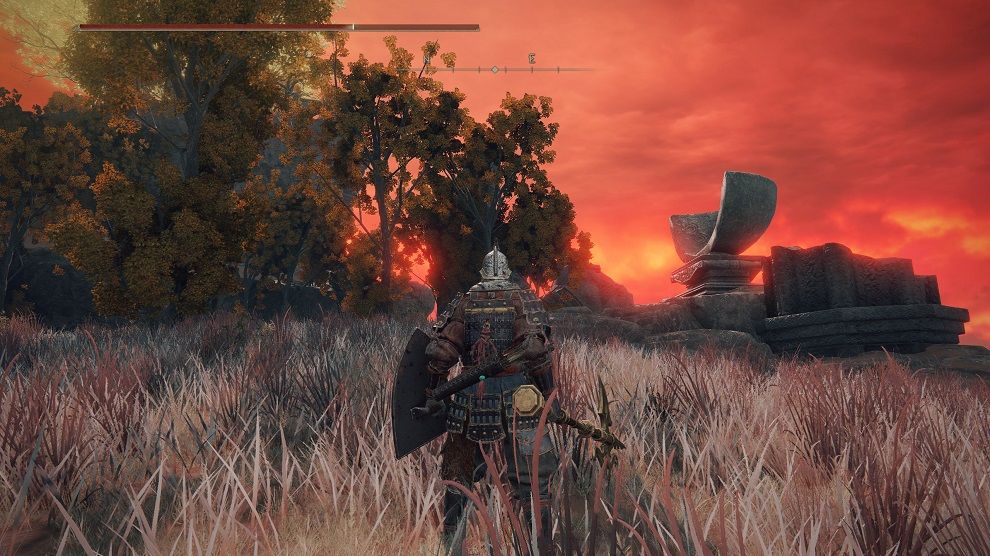 If you’ve played Dark Souls or any of the sequels, you will feel right at home in Elden Ring. The controls remain the same with only a jump button added so you should not have any problems there. You will need to follow the tutorial though. If you think you’re Billy Badass and don’t need the tutorial, you’re going to have a very hard time later on. After you’ve completed the tutorial, you’ll end up in a starting area called Limgrave. Here you can experiment with different builds and combat tactics. Just make sure you avoid the giant Tree Sentinel unless you’re a masochist. Limgrave is huge and contains a bunch of catacombs, castles and swamp areas to give new players a glimpse of what’s to come. The environments look beautiful, detailed and sometimes just plain terrifying (Caelid, anyone?). You’ve also got a horse named Torrent to help you traverse this large and dangerous world. 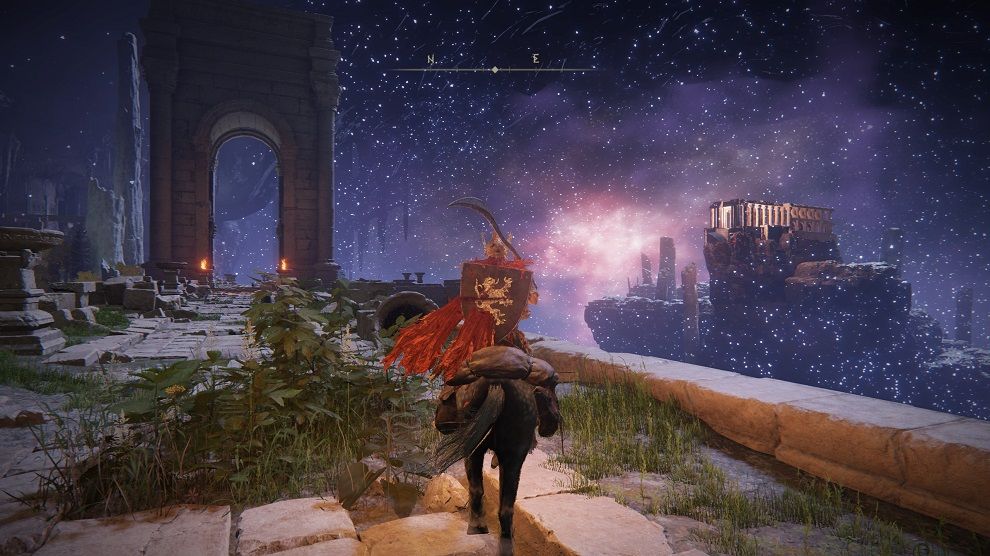 In terms of a story, Elden Ring is the most straightforward of all the SoulsBorne games. You’re thrust into a broken world as a tarnished and must fight through a bunch of demigods and monsters to claim the title of Elden Lord. The story is told through various NPCs and is never expositional. You’re just a small part of this world and Elden Ring never lets you forget that. You should read all the item descriptions and pay attention to environmental storytelling. You could actually miss a lot of cool and interesting side-content if you just barrel your way through the game. Elden Ring is all about the journey and not the destination.

Combat has been given a new coat of paint with an insane amount of combinations you can walk into battle with. Want to play as a barbarian who cleaves his/her way through the opposition? Sink your runes (the in-game currency) into strength. If you’re more a spellcaster, you can play in that style as well. The combat is so malleable and presents you with so many options that every player will tackle different situations with different tools and strategies. There are some spells that completely break the game but you’ll have to find those for yourself. Personally, I played as a straight-up barbarian and sunk in all my runes into strength and endurance. I used the Bloodblade and Ghiza’s Wheel as my main weapons along with a decent shield for defence. The game also gives you the option of going all out and having a weapon in both hands. It’s a very glass-cannon approach but one that actually has some merit. You can even summon spirits of enemies you’ve felled to help aid you in battle. I can’t tell you how many times I scraped by a tough boss fight only because my summoned spirits distracted the boss, allowing me to deliver a few critical hits.  The bottom line is that the game is incredibly flexible in the tools it gives you to complete your mission. If you’re still having problems with all these options, you should stick to games like Horizon Forbidden West and The Last of Us. Elden Ring was not made for you. 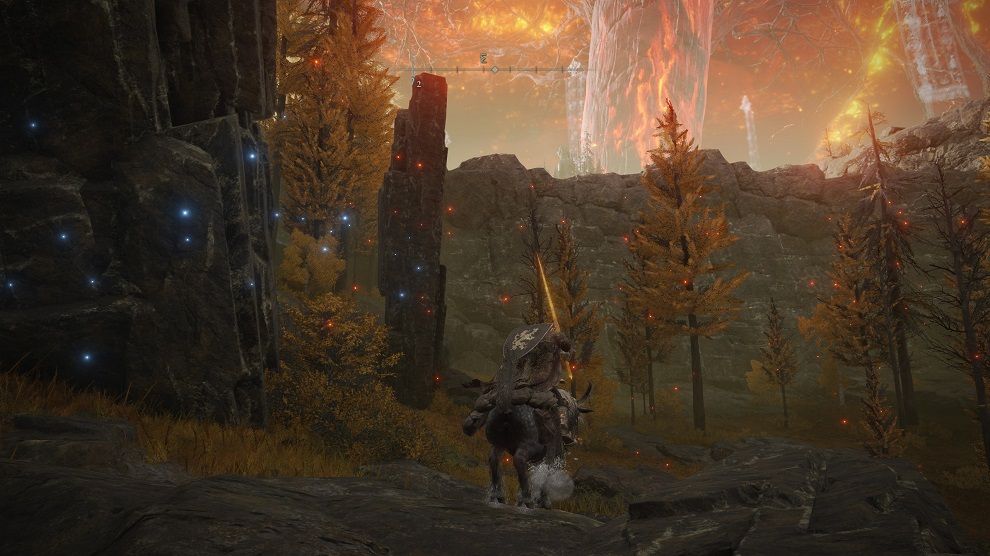 The open-world itself is massive with an insane amount of things to do. Again, this isn’t your typical AAA game where the map is littered with markers etc. You slowly unlock the map by finding map fragments and the way From Soft decided to reveal the entire map is ingenious. You really have no idea how big the game world is even if you’ve completed three to four areas. It truly is a smart and engaging way to keep players exploring.

I haven’t jumped into the PvP world as yet so I can’t comment on that part of the game. But as a single-player experience, I have not played a game that has caught my attention since Breath of the Wild. Strange that both games were developed by Japanese studios. It seems like a novel idea, catering to your audience. Hmmmmm. 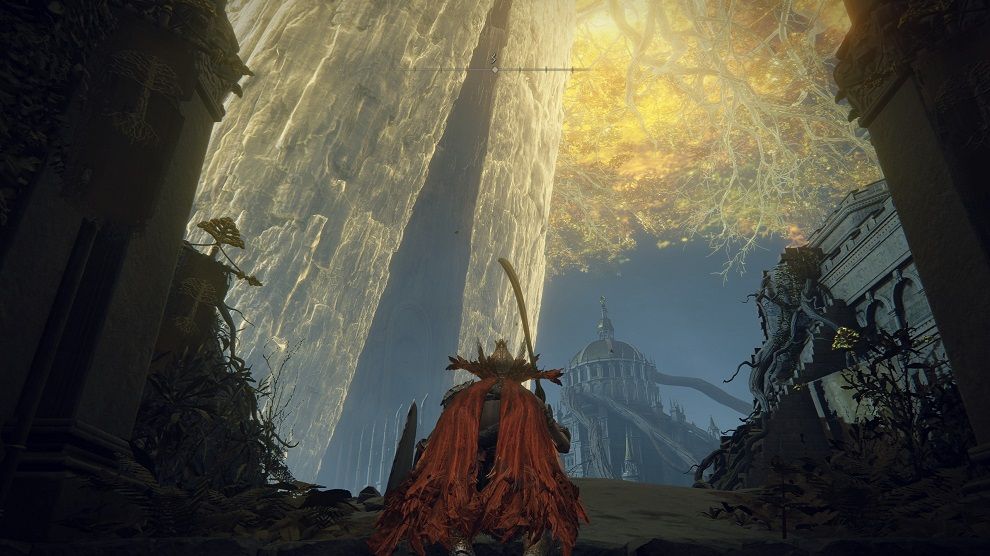 I can’t recommend Elden Ring enough. The game is a true masterpiece and deserves to be experienced by anyone who likes a bit of a challenge and not a Sony exclusive walking simulator. If you have to choose between Elden Ring and Horizon Forbidden West (review), I’d suggest you spend your money on the game that was made for fans and not a generic agenda-driven progressive darling that is barely a game and more of a boring tech demo.

We played a purchased copy of Elden Ring on Steam.