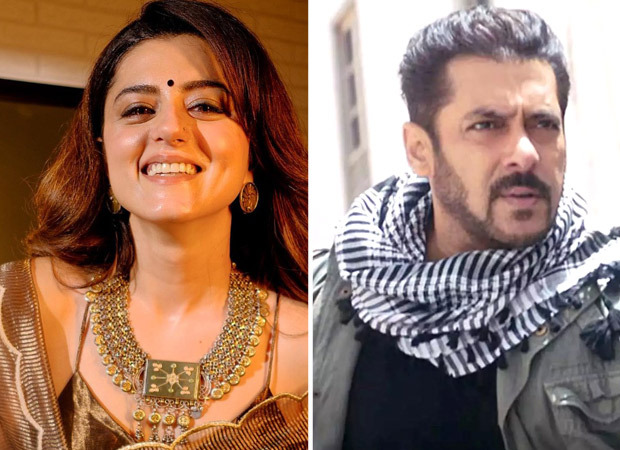 Salman Khan and Katrina Kaif starrer Tiger 3 has been making a lot of buzz ever since the superstar revealed its stunning poster on their social media handles. While the audience is eagerly waiting to hear more about the film, recent news is that popular actress Ridhi Dogra is going to be a part of Tiger 3 which also stars Emraan Hashmi.

Ridhi Dogra, who is known for her roles in TV shows like Maryada and the OTT hit Asur, is expected to play a pivotal role in the film. A source close to the production unit said, “Yes, there’s a lot of excitement around the Maneesh Sharma directorial Tiger 3, more so, after Salman recently announced the release of the film during Diwali 2023.”

The source added, “The casting of Tiger 3 is very strong. Apart from Salman – Katrina reuniting & Emraan joining the gang, Tiger 3 will also see well renowned actress, Ridhi Dogra join the cast. She’s done some great work on television as well as OTT in the past, the latest one being Asur. While details of her character are under strict wraps, it is confirmed that she will be seen playing a pivotal role in the Salman Khan starrer. The shoot has been wrapped and the team is now gearing up for the big release next year.”

The third instalment of Tiger franchise will see Salman Khan and Katrina Kaif continuing the spy franchise and for the first time ever, the franchise will feature Emraan Hashmi who will be seen as the antagonist. Rumours also have it that the film will be a part of the ambitious spy universe that YRF is keen on creating and will also have Shah Rukh Khan playing his character from Pathaan in this action entertainer. Produced by YRF and directed by Maneesh Sharma, Tiger 3 is expected to hit the big screens during Diwali 2023.