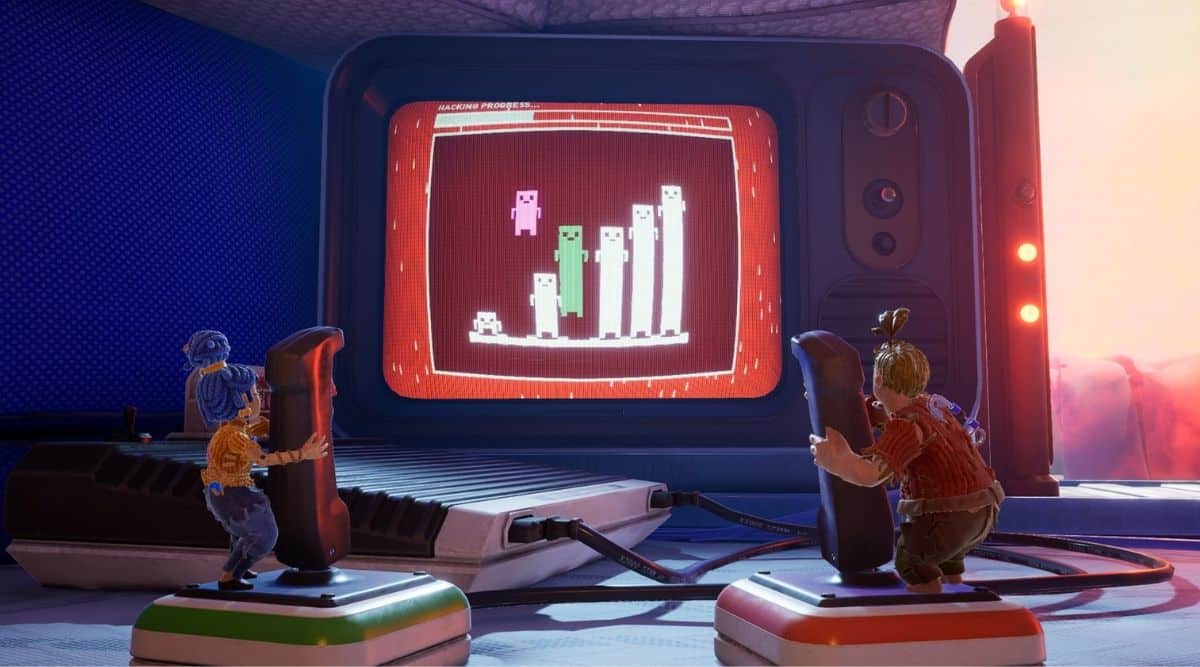 Many flock towards video games as a way to relax after long work hours. But sometimes, these solo sessions can seem quite hollow, owing to the surrounding silence. Those virtual victories are enhanced drastically when teaming with a friend, and working together in harmony to defeat hordes of enemies or finish challenges.

Co-op is a great medium for forging new friendships and creating memorable experiences in games you would not have enjoyed otherwise. One could even spice things up by introducing a competitive element to see who comes out on top or help someone in levelling up. Regardless of whether you prefer playing online or on the couch, right next to each other, there are plenty of choices to pick from.

In the present day, Hazelight Studios is the only one passionate enough to create near-perfect co-op heavy games. The 2021 Game of the Year winner, It Takes Two, rightfully claims its spot on this list, by taking a harrowing subject as divorce and child trauma and giving it a magical touch. The plot follows a bickering couple, Cody and May, who are turned into tiny dolls.

It Takes Two won the Game of the Year award in 2021. (Screenshot)

Taking control of these characters, players take part in numerous puzzles and challenges, fight bosses made out of household items, and eventually learn the value of communicating in a relationship. The story is quite depressing, but is balanced out with its vibrant tone, lovable characters, and an extremely fun experience. As an added bonus, only one person needs to buy the game, as every copy comes with a friend pass for the second player.

Keep Talking and Nobody Explodes

Fans of cheesy action Hollywood movies will love this one. Here’s the scenario: You are locked in a room with an elaborate time bomb while communicating with an off-field partner on how to defuse it. As the name implies, as long as you keep talking and exchanging ideas on solving the puzzles, you are likely to survive the explosion. 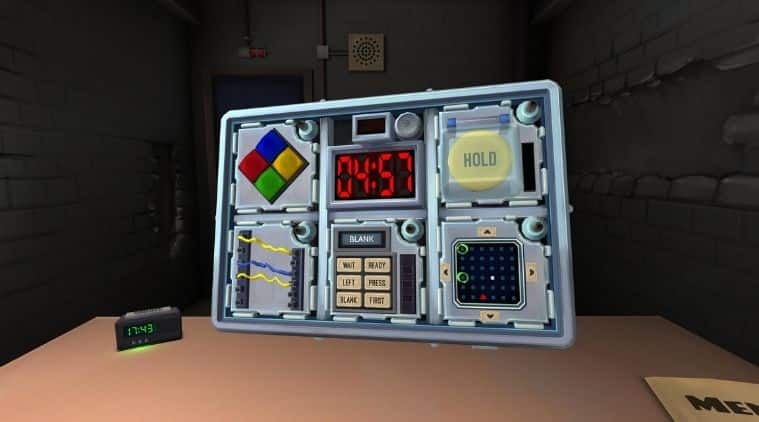 The time bombs are procedurally generated and offer a new challenge every time. (Image credit: Keep Talking and Nobody Explodes)

The time limit adds tension and the off-site team cannot look at the bomb directly, making it all the more difficult to cut the right wire. The bombs and their layout are changed each time, alongside the defusal manual, keeping the action fresh. The game comes with support for VR and requires only one of two players to purchase it.

If you’re looking for a tamer version of ‘Rust,’ this game should check all the right boxes. Don’t Starve Together is a Gothic, yet charming take on the survival genre, putting you in a top-down interface to hunt animals, craft items, and collect resources to not starve. The levels and maps are procedurally generated, offering a new experience each time you restart a new world. 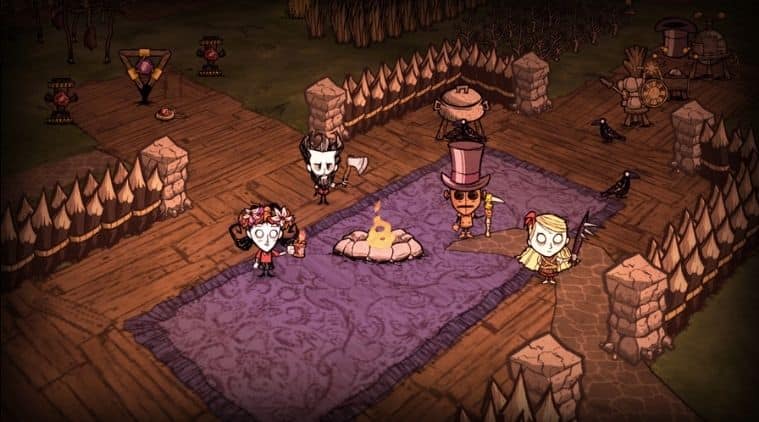 Every Steam purchase of Don’t Starve Together comes with a free copy that can be gifted to a friend. (Screenshot)

Each location is rich with countless creatures, seasonal bosses, and hidden secrets that could keep you busy for hours. You can also team up with friends to plough fields and sow seeds to ensure a steady food supply while protecting it from unwanted attention (pests). Upon purchase, the game comes with a free copy, which can be gifted to a friend on Steam.

Mario Party Superstars is simply put, a compilation of 100 minigames curated from previous Nintendo titles, that has been built from the ground up. The game drops four grouped up players onto an interactive board game, to compete in Monopoly like scenarios. At each turn, players roll a dice and accordingly, move forward on the map to earn stars and compete in challenging minigames. 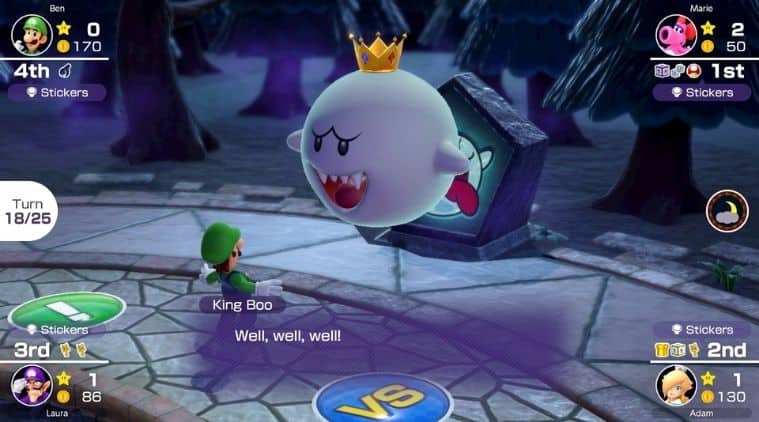 Mario Party Superstars is a fun blend of luck and skill-based games. (Screenshot)

These could range from puzzles, trackfield races, endurance tests, or even memory games that award the best player with Stars. At times, players might also encounter Bowser, the primary antagonist who could steal all your wealth, prompting you to start all over again. The game has a lot of chance-based mechanics involved and is an all-around fun time with friends or family.

While some might call this a Left 4 Dead knock-off, just the medieval fantasy theme surrounding it is enough to differentiate the two. In Vermintide 2, players take part in 4-player co-op matches, as they wield axes, swords, and other melee weapons to fight hordes of giant rats. 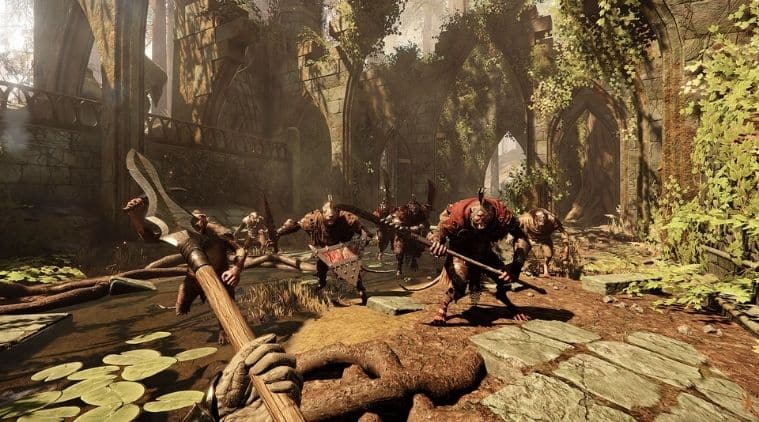 The melee combat in Warhammer: Vermintide 2 is brutal. (Screenshot)

The included skill tree lets you upgrade your character’s abilities and customise their own playstyle to assert dominance in later, more difficult rounds. There is ongoing lore in the background as well, and a reward system where you earn randomised loot at the end of each mission. The base game comes with 13 missions and over 20 enemy types, which can be grown by purchasing the expansion packs, offering weeks worth of content.

Ever heard the phrase, “Too many cooks spoil the broth?” That’s the basis for this chaos-ridden kitchen simulator that dresses up to four players in professional white aprons. Chefs will have to communicate, cook, and run around in limited time to serve customers in absurd restaurants. It demands 100 percent of your attention, as you wash the dishes, plate-up, and ensure that your food does not burn. Chefs have to work as a team in frantic conditions to ensure their food reaches the tables on time. (Image credit: Overcooked 2)

There is a travel element as well, letting you cook and experience dishes from new regions such as sushi, cakes, pizzas, and more. Sometimes, the recipes in a certain level might change completely, urging you to adapt and improvise quickly. Overcooked 2 can be played online or locally by attaching two controllers.

Sea of Thieves offers the ultimate pirate experience, from sailing, looting, and exploring, as you sing along and dance to sea shanties. You can lead your crew into deep caverns to search for treasures or fight a swarm of sword-wielding skeletons that seem something out of a tall tale. 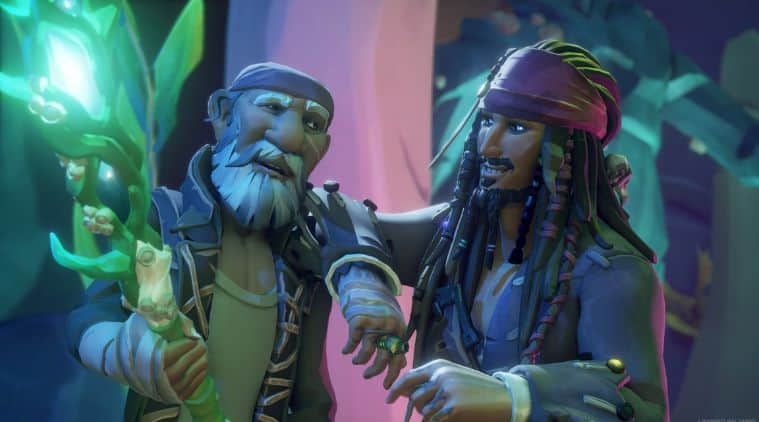 It features a load of narrative features, including the newly released Captain Jack Sparrow DLC, and a vast open-world with hunting and fishing minigames. There are no set roles either, letting players approach others at will, and take part in challenges that are well beyond their grasp. The game can be downloaded for free via Xbox Game Pass and adds new content each month.