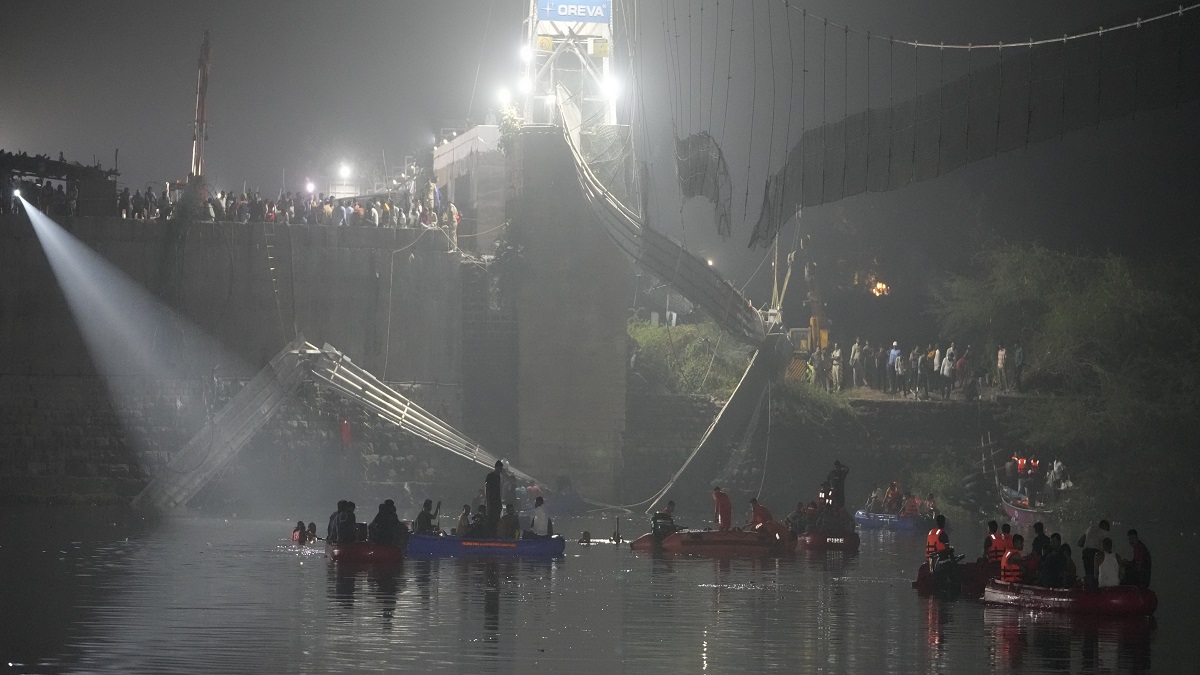 Morbi Bridge collapse: Gujarat High Court on Tuesday accused the Morbi Civic body of ‘acting smart’ after authorities failed to show up at the hearing.

Earlier, the Gujarat High Court on Monday took suo motu cognizance of Morbi bridge collapse incident and sought a report from the state government on the entire tragedy within a week.

Over 130 people were killed including children in the tragedy when the suspension bridge collapsed in Morbi district. The Gujarat government has suspended Morbi Municipality’s Chief Officer Sandipsinh Zala in the wake of the bridge collapse incident, a senior official said.

Earlier, nine accused in Morbi bridge collapse in Gujarat have been arrested. At least 135 people were killed on Sunday evening when the British-era suspension bridge on the Machchhu river collapsed. All the accused are from the private company Oreva co which has been responsible for maintaining the bridge.

Morbi court sent four accused of bridge collapse to police custody till November 5 and another five people to judicial custody. Out of the four persons in police custody, two are managers of the Orewa company and the other two are fabrication work contractors.