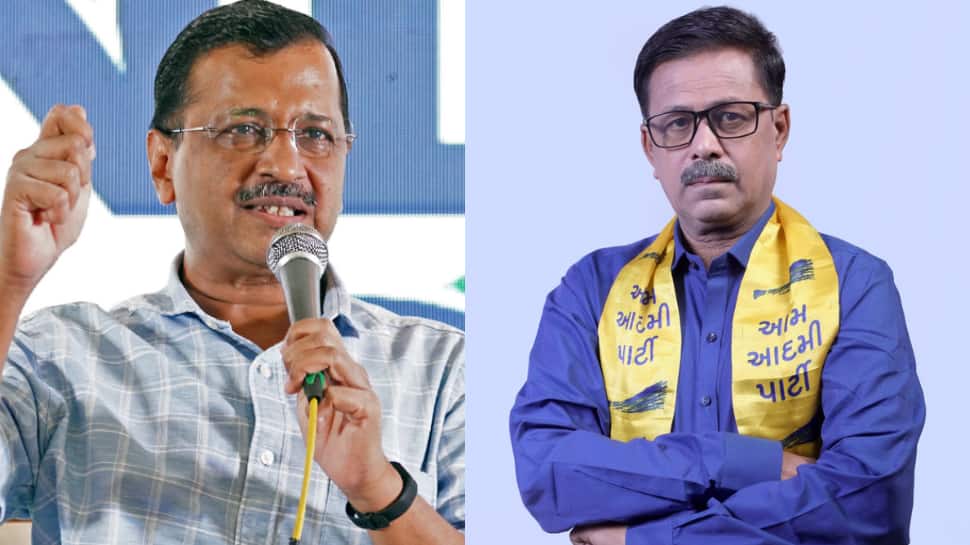 New Delhi: A political drama unfolded in Gujarat on Wednesday (November 16, 2022) after Aam Aadmi Party’s Surat East Assembly seat candidate withdrew his nomination with party chief Arvind Kejriwal accusing the Bharatiya Janata Party (BJP) of pressuring him. Several AAP leaders claimed that their candidate Kanchan Jariwala appeared before the office of the Returning Officer under heavy police protection and was surrounded by “BJP goons” to withdraw his candidature under the pressure of the ruling party. They also alleged that Jariwala had gone missing and was taken to an undisclosed location by the “BJP goons” who put pressure on him to stay away from the election. The ruling party, however, refuted the allegations and said the AAP should instead “take care of its own house.”

“Going to the Central Election Commission right now. In Gujarat, BJP goons kidnapped AAP’s Surat East candidate Kanchan Jariwala and then got his nomination withdrawn with the help of police. In such a situation, what is the point of election then?” AAP leader Manish Sisodia wrote on Twitter.

Arvind Kejriwal also took to his official Twitter account and said, “With the help of goons and police, candidates are being abducted and their nominations are being withdrawn. This type of public hooliganism has never been seen in India. What is the point of elections? The democracy is finished.”

He also tweeted a video showing “how police and BJP goons together – dragged Jariwala to the RO office, forcing him to withdraw his nomination”.

Watch how police and BJP goons together – dragged our Surat East candidate Kanchan Jariwala to the RO office, forcing him to withdraw his nomination

Gujarat AAP president Gopal Italia also made the same allegations and said that the party will take advice of its legal team for further action into the matter.

“The BJP first wanted to get Jariwala’s nomination invalidated on the last date of the process on Tuesday. When his nomination was accepted, the BJP goons took him to some undisclosed location… We could not find him anywhere until Wednesday morning. His relatives told us that he was put under huge pressure to stay away from the election,” Italia told reporters in Surat.

Italia further said the way Jariwala appeared to withdraw his nomination suggested that he was under “huge pressure.”

“Why else would he come to the office under heavy police protection and with 50-100 goons if he intended to withdraw his candidature on his own?” Italia asked.

The ruling party, however, denied the charge and asked the AAP to “take care of its own house”.

The BJP, notably, has fielded its sitting MLA Arvind Rana from the seat.

Elections for the 182-member Gujarat Assembly will be held in two phases on December 1 and 5 and the counting of votes will be taken up on December 8.