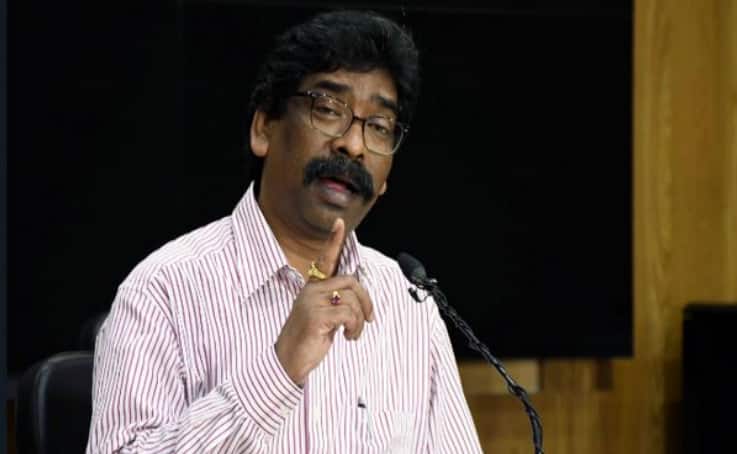 New Delhi: In a money laundering case linked to alleged illegal mining in Jharkhand, the Enforcement Directorate has rejected Chief Minister Hemant Soren`s request to prepone his questioning to November 16 instead of November 17, sources said on Tuesday. The central probe agency cited some investigation-related issues and its preparedness while declining Soren`s request, the sources told ANI.

The agency has said that the Chief Minister will have to depose before the investigation officer at its Ranchi-based regional office on November 17 which it fixed in its previous summons to the leader, a source, privy to the probe told ANI.

Earlier, the Jharkhand Chief Minister had written to the ED requesting it to prepone his questioning in the case on November 16 instead of November 17 due to some political and other official engagements after the agency issued the second summon against him.

Initially, the federal agency summoned Hemant Soren on November 3 but he did not depose citing official engagements. The Jharkhand CM had then sought a three-week deferment of the summons.

The Enforcement Directorate wants to record Hemant Soren`s statement under the provisions of the Prevention of Money Laundering Act (PMLA).

Notably, the central agency arrested CM Soren`s political aide Pankaj Mishra along with two other local musclemen Bachhu Yadav and Prem Prakash in this case. The ED reportedly stated that it has “identified” proceeds of crime relating to illegal mining in the state to the tune of more than Rs 1,000 crore till now.

Chief Minister Hemant Soren on Tuesday paid floral tribute to the tribal freedom fighter, Birsa Munda, at the latter`s memorial and statue in the Kokar area of Ranchi on his birth anniversary. Soren tweeted, “I had the privilege of garlanding the statue of Earth Aba Bhagwan Birsa Munda at Ulihatu at his birthplace in the presence of President Droupadi Murmu. May Bhagwan Birsa Munda be immortal! Jai Johar! Jai Adivasi!”

The occasion of the birth anniversary of Birsa Munda, the iconic tribal leader who led a rebellion against the British, is being celebrated as Janjatiya Gaurav Diwas. Birsa Munda, who belonged to the Munda tribe, was born on November 15 in 1875. During British rule in the late 19th century, Birsa spearheaded an Indian tribal religious Millenarian movement across the tribal belt of modern-day Bihar and Jharkhand.

His birth anniversary is celebrated as Birsa Munda Jayanti in the country and coincides with the Jharkhand Foundation Day.