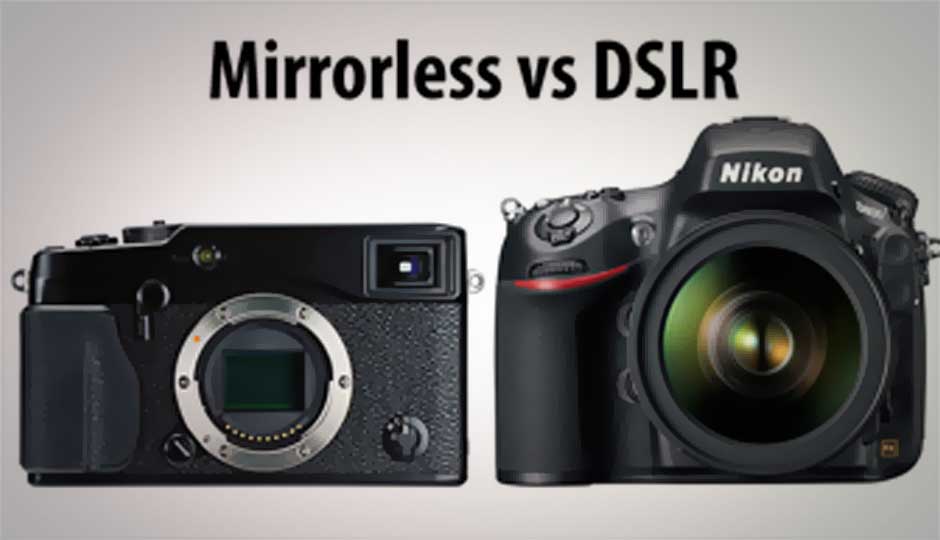 The DSLR’s status as the “supreme ruler” of all things photography has been around since the beginning of the art form, and even today, that notion sticks. Think about it, every time someone wants to “get into photography,” their first thought is “I must get a DSLR to distinguish myself from the rest,” or that “I must get a DSLR if I want to become a professional.” The fact that DSLRs deliver amazing image quality and AF performance and what not is undisputed, but what has come under serious fire is the notion that DSLRs are the ONLY way to get quality. They are not.

The threat to the DSLR territory is more real than anyone (especially those in the business) are willing to admit, primarily because those who make the majority of DSLRs have nothing but miserably failed attempts of a mirrorless camera on their hands. It would be quite a dent to their pride if they actually admitted that products that were made by their competitors were starting to dish out serious competition.

So if you’re someone who’s contemplating moving on up from the point and shoot segment, thinking that a DSLR camera is the next logical step, you might want to give this article a thorough read-through. Here, we are going to break down every little aspect that has allowed the DSLR to stand apart and how that stance is now being challenged (or being bettered) by the mirrorless camera

No, we’re not talking intelligence here, but image quality. The DSLR has always had sensors bigger than any and all point and shoot cameras (even this has changed in the recent past, thanks to Fujifilm X100S, Ricoh GR and even the Nikon Coolpix A). We now have mirrorless cameras that rock the same APS-C sensors as DSRLs. Therefore ‘scientifically’ speaking, any APS-C sensor with matching number of megapixels (to balance out the pixel pitch) should yield about the same dynamic range and colour depth. The slight variance we end up seeing however, is mostly due to the way each camera manufacturers tweak the image processing chips.

In our extensive use of pretty much every mirrorless camera available in the market, we’ve seen that cameras such as the X-Pro1 and the NEX-6 easily delivered images that matches, and in many cases, bettered what we’ve seen from Canon and Nikon’s entry level DSLRs. 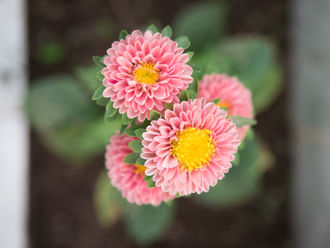 The Song of Low Light Proficiency

The DSLRs were always known to be the best way to shoot conditions that offered low and challenging lighting. This is why concert photographers invest in expensive equipment (as they rightly should), because the small sensors in point and shoot cameras just cannot handle the high ISO requirements of shooting in low light.

Then there was that one time we ventured into a shady as hell nightclub to shoot one of the biggest DJs in the electronic scene, armed with nothing but a Fujifilm X-E1 and the XF 35mm f/1.4 lens. Despite shooting mostly at ISO 6400 (thanks the venue being lit by nothing but a single strip of LEDs), every single image we got from the camera was spot on in terms of quality, with some of them even getting printed as large as 24×18 inches. Since then, we’ve shot several concerts, including Sunburn Noida 2013 with mirrorless cameras and even point and shoot cameras, without missing the DSLR. 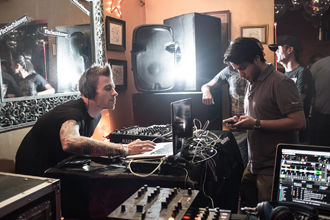 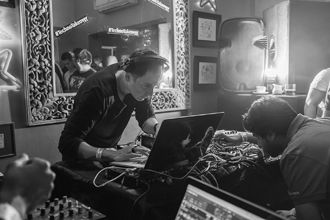 The Fujifilm X-E1 paired with the XF 35mm f/1.4 is good more than enough to take on any secret raves happening in the shadiest of spots in your city (ISO 6400) 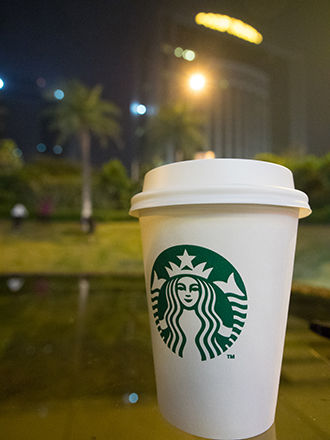 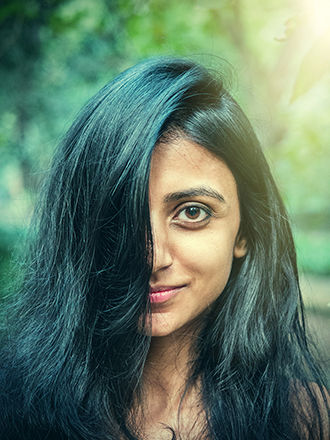 Coffee cup shot at midnight (Left) and a face shot during dusk. Both images shot on the Olympus OM-D E-M1 with 12-40mm f/2.8 lens

The one problem everyone seems to think exists with the mirrorless segment is the lack of lenses. This is in some ways true, and in some ways false. Fact is that Canon and Nikon do have a lens lineup that is unrivaled by any system, but the question is, how many of them do you own or plan to own?

Every mirrorless system has its own set of lenses that set it apart. Fujifilm has its extensive set of fast aperture primes which is now being supplemented by various zoom lenses and ultra wide lenses. Sony’s built itself a suite of primes and zooms, but lacks a fast aperture prime. Olympus and Panasonic, between them, have every single focal length imaginable covered, along with even a 70-200mm f/2.8 lens with optical stabilization. But amongst the whole system, there’s enough fisheye lenses, more than enough Macro lenses and more portrait lenses that you can possibly handle. If you think that nothing comes close to Canon’s f/1.2 lenses, well, we hate to burst your bubble but Fujifilm’s coming out with their 56m mf/1.2 lens by January. The best part, however, remains that there are enough converters floating around to let you go between different systems without issues. 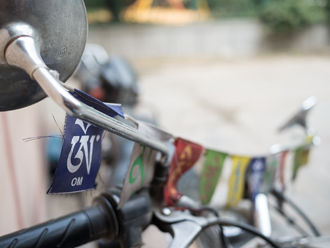 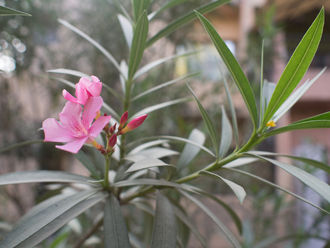 Even the kit lenses of the Panasonic GX7 (left) and the Fujifilm X-E1 (Right) are capable of producing stellar, flawless images

Size, Convenience and the lack of Aching Joints

That one time when we walked around with the Olympus OM-D E-M1 along with the 12-40 f/2.8 (24-70mm) and a Fujifilm X-Pro1 with a 23mm f/1.4 attached to it, it turned into an 8 hour shooting extravaganza. We got back home, put the gear down, and got right down to our daily chores. Had we been toting DSLRs, there’s a very good chance we’d have collapsed after the shoot. The reason for that is not just the weight of the DSLRs, but also the weight that is associated with good quality glass.

Mirrorless cameras are not only incredibly small and light, but the lenses they work with are just the same. If the Fujinon XF 35mm f/1.4 was compared to the Canon 35mm f/1.4, you’d realize that the former is literally half the size and weight, but with equal or better image quality. Same goes for most other mirrorless lenses with a professional counterpart in the DSLR world.

The one thing that DSLRs had going for them was, well, the full frame territory. We’d often heard DSLR users say “yea so what if mirrorless cameras are APS-C? They can’t match full frame performance.” Well naysayers, now they can. Sony just introduced the Sony Alpha 7 and the Alpha 7R, the world’s first mirrorless full frame cameras and judging from the images we’ve shot with these cameras, the one domain that the DSLR could claim as its own has officially been invaded.

The ySon A7R runs a resolution of 36 megapixels to compete with the Nikon D800E while the A7 has a more manageable resolution of 24 megapixels and competes with every other full frame camera in the market, surprisingly, at a somewhat cheaper price point. In our usage of the A7R, we’ve seen the camera produce stellar images with a level of detail that only a 36 megapixel sensor would be capable of producing. In short, its quite something and whether you need to lug around a full frame DSLR with five different lenses is a question that you should be legitimately asking yourselves. 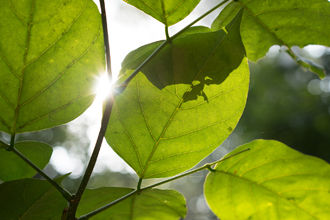 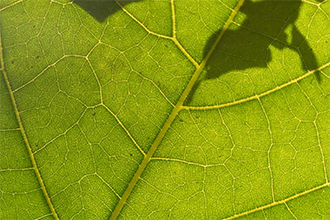 This Ain’t no Peach Garden

While the mirrorless camera is starting to gain some serious traction over the DSLR, there’s one aspect where the DSLR bests the competitor and that is in the area of speed. Most mirrorless cameras still deliver average AF speed (which is not slow by any means), but a combination of a D600 with the Nikkor 24-70 f/2.8 would be much faster. Then there is the AF tracking, which is leap years ahead of what’s available in most modern mirrorless cameras.

However, we must add here that the Olympus OM-D E-M1 is an exception. The E-M1 can focus incredibly fast in good light and manages to retain most of its speed and accuracy even in low light. However, its AF tracking capabilities are still lacking, so if you’re into shooting wildlife or sports, then you might want to stick with the DSLR for now.

Unfortunately, wildlife photographers, especially those into birding and people who shoot fast action sports like Basketball and Formula 1 would still need to stick to their 1Dx and D4 bodies, simply due to the fact that the AF systems in these cameras is far more mature than what we see in mirrorless cameras. This is mostly due to the fact that DSLRs like these have dedicated AF modules with beefy algorithms driving them, while a mirrorless camera has to make do with a combination on-chip phase detect and contrast detection.

Lastly, we keep hearing how mirrorless cameras are “overpriced.” Well, it is a new technology, but if you actually compare the performance to their DSLR counterparts, you’d realize that they are not so overpriced after all. The Sony A7R costs Rs. 1,24,990 for the body only and is a full frame mirrorless camera, making it the cheapest full frame camera in the market. The Olympus OM-D E-M1, the camera with the fastest AF system costs Rs. 1,05,990 for body only, but delivers performance that is at par with the Canon 7D or the Nikon D7100. Both of these cameras are around the same price. Lastly, the mirrorless camera is priced just slightly higher than its DSLR counterpart because you end up paying the premium for the compact size and the incredibly light weight body. On the more budget friendly side, while an entry level DSLR would cost you Rs. 35000, you could just pick up a Sony NEX-3 for about Rs. 30,000 and it is just as competent as any DSLR in the range.

Bottomline remains that the notion of a DSLR being your only option for top notch quality work is now not true. Pretty much all large sensor mirrorless cameras give the DSLRs a run for their money (and performance) and club that together with their incredibly compact form factors, you’d be surprised just how true the saying “big things come in small packages” can be.

Feel offended by this article? Got an uncontrollable urge to share your thoughts? Swapnil Mathur can oftenbe found lurking on twitter through his handle @digitallphoenix