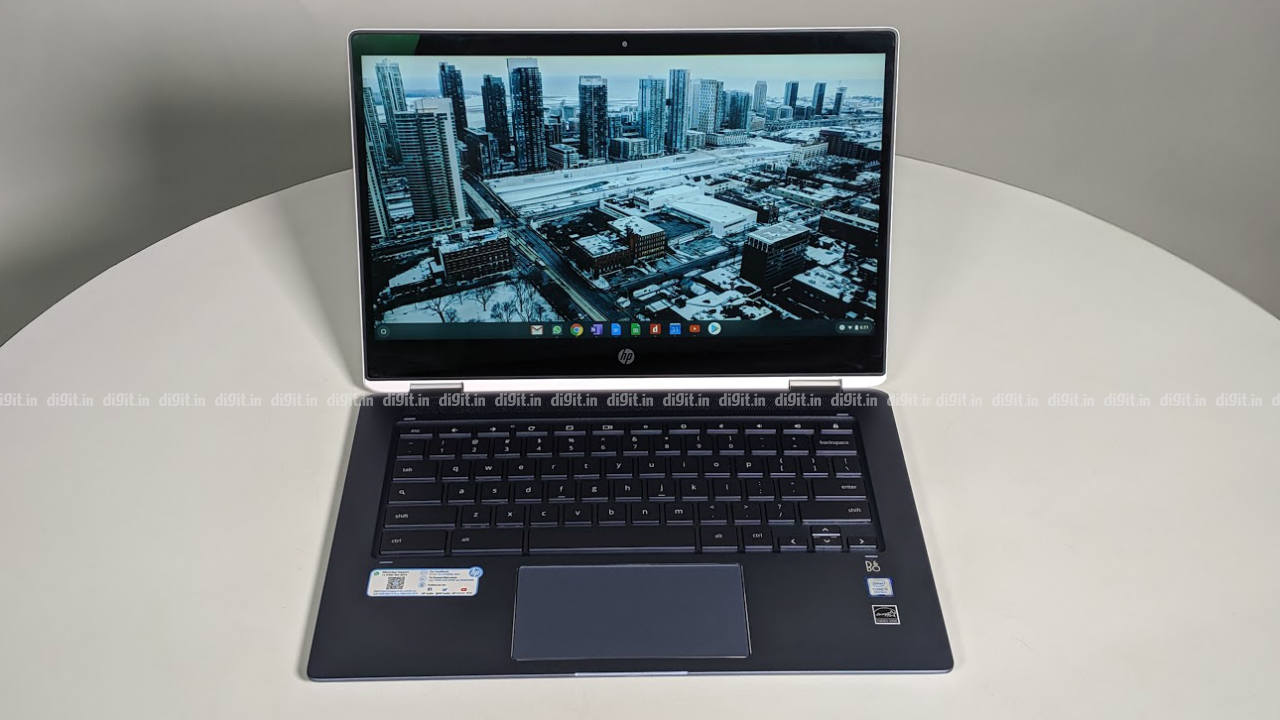 Nearly a full decade after its original global announcement, the Chromebook is still a rarity in the Indian laptop market. In the past we’ve seen Chromebook models from brands such as HP, Acer, and Samsung but none of them have ever really taken off. None of these brands have ever reported a remarkable Chromebook success story in India. This is in part due to the high selling price of these machines and in part due to users wanting more from their laptop, like support for Windows apps.

HP, however, is confident that it’s time for the Chromebook to make a comeback. And so, in less than a month’s time the American PC maker launched the Chromebook 14 and Chromebook x360. While the former is priced at a more accessible Rs 23,990, the latter—which is the laptop in question today—is priced at Rs 44,990 for the Core i3 variant and Rs 52,990 for the Core i5 variant. On the face of it, that price looks arguably steep. But can a modern, updated Chromebook in 2019 like HP’s latest offering pull it off? Let’s find out.

The review unit we received was the Core i3 variant, which is currently on sale on the HP Online Store for Rs 44,990. The unit came with an Intel Core i3-8130U CPU, which is part of the 8th Gen (Kaby Lake) series that was launched in early 2018. The review unit was also equipped with 8GB of DDR4 RAM and 64GB of eMMC storage space. The graphics card was an integrated Intel UHD Graphics 620. On a laptop of this price, I’d have liked to see the newer Core i5-8265U (Whiskey Lake) CPU with the same 8GB of RAM but there’s no such luck. 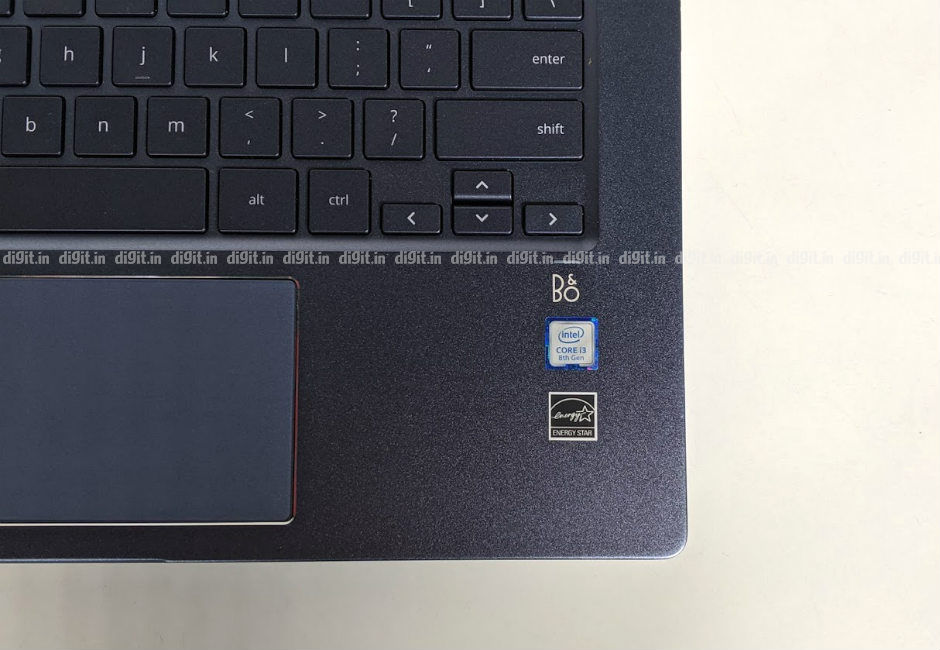 The Chromebook x360 review unit proved to be a reliable and convenient companion for my work. I had practically zero problems using the review unit for composing emails and documents, browsing the web, playing music in the background, watching videos, etc. I was able to switch between thirty-odd tabs on Chrome without noticing any signs of lag or stuttering. Occasionally I would notice a hiccup in the animation while switching between virtual desktops but it was never anything off-putting in the long run.

A cold boot on the Chromebook x360 happens in under ten seconds and an average-size PDF file (1.5–2MB) opens in under two seconds, which is impressive to say the least. Windows 10-powered laptops in the same price range usually take three times longer to boot to desktop mostly because they employ a sluggish hard drive. So, if quick browsing is the main reason you’re buying a new laptop, the HP Chromebook x360 fits that bill perfectly. Despite the one-year subscription to Google One (which entitles a user to 100GB of extra space on Google Drive), I feel the Chromebook x360 could have come with a larger storage drive.

Like all modern Chromebooks, the HP Chromebook x360 runs Chrome OS, which is essentially Google’s proprietary PC operating system built around its popular Chrome browser. Apart from the obvious browser application, Chrome OS comes with very few features or components, a fact that is key to its speed and simplicity. There is, however, an inbuilt file manager, which can be integrated with Google Drive and Dropbox but not Microsoft OneDrive (at least not easily).

In recent times Chrome OS has received support for Android and Linux apps, which is something I believe can make a big difference in the way the Chromebook is perceived now in India, the new HP offering included. A shortcut to the Google Play Store is seen on the taskbar (or shelf, as Google calls it) right after setup. Android apps install and run on Chrome OS just the way they do on an Android smartphone. For example, a game like Temple Run 2, which is meant for portrait screens, runs in portrait mode in a separate window and can be interacted with using the touchscreen, keyboard, and touchpad. To read more about the setup process, check out our first impressions of the Chromebook x360 here. 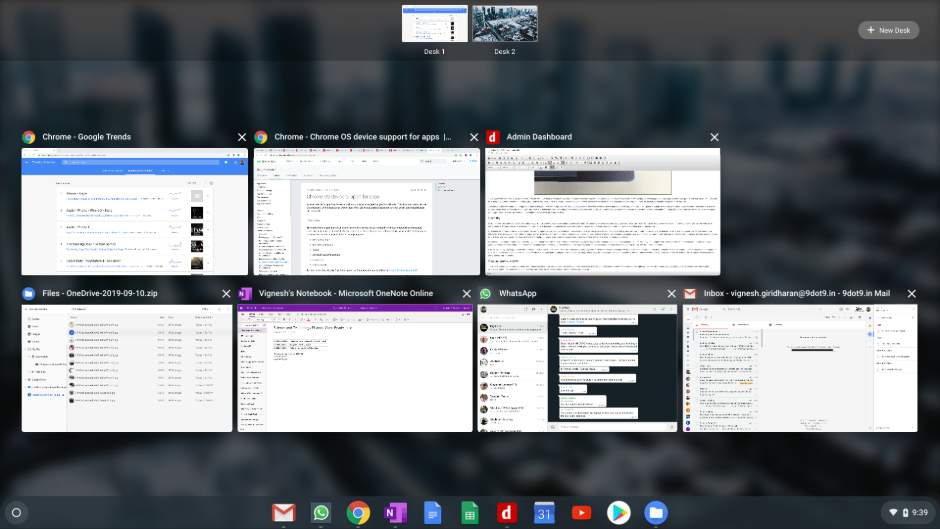 You can enable Virtual Desks on Chrome 76 using Chrome Flags

Because I use a Google G Suite account at work, I was able to compose tens of emails and documents every day using Google’s long-standing services such as Gmail and Docs on the review unit. Google Keep, Slides, Sheets, and Hangouts came in handy too. Since I could not install a Windows-compatible version of Microsoft OneNote, I chose to use the web version. The Android version of OneNote worked fine but it was easy to tell that the app was meant for touch inputs.

Chrome OS is fairly easy to get used to whether you’re a user of MacOS or Windows. There are ample easy-to-learn keyboard shortcuts and the touchpad interprets triple-clicks as middle-mouse clicks in the browser. The HP Chromebook x360 is easy to use as a laptop but a bit difficult to use as a tablet. This is mostly because it feels quite heavy in the hands; the device weighs 1.68 kilogrammes. Also, the touchscreen displays a bit of latency, so taps and swipes have to be repeated sometimes. It’s a shame the HP Active Pen stylus doesn’t come bundled with the device.

The HP Chromebook x360 sports a 14-inch WLED-backlit touchscreen display with a Full HD resolution. In my experience, the display is both colourful and bright. Colours on the display appear rich without being overly saturated, which is good news for photography enthusiasts. In fact, the colours lean slightly towards a warm tone, which makes extended reading and browsing pleasant.

The maximum brightness is sufficient for offices, homes, and sunlit balconies. The maximum viewing angle is close to 180 degrees. If anything, the touch response is a bit low, which means you could find yourself making multiple swipes on the screen for scrolling. If you plan to use the Chromebook x360 primarily as a laptop, the display on it will do just fine. 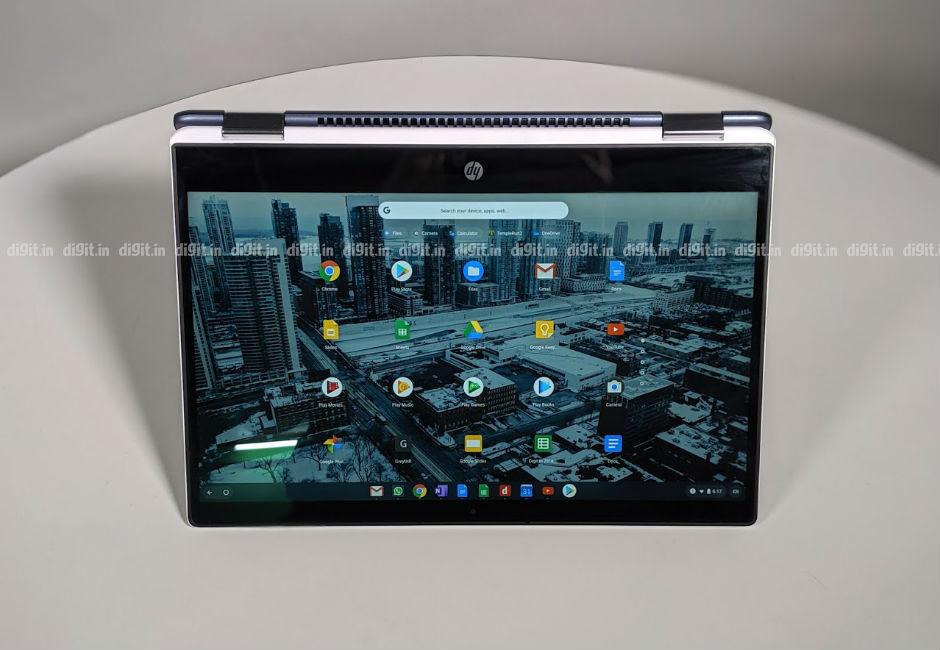 Sound from the HP Chromebook x360’s top-firing speaker strip is loud and clear for casual music listening but nothing more. Highs and mids make it through quite clearly but lows suffer a bit. The good news is that even at max volume, music doesn’t sound muffled. You should be able to play smooth jazz and light electronic tunes in the background during work through this Bang & Olufsen-branded speaker strip without feeling the need to connect to an external pair of speakers. 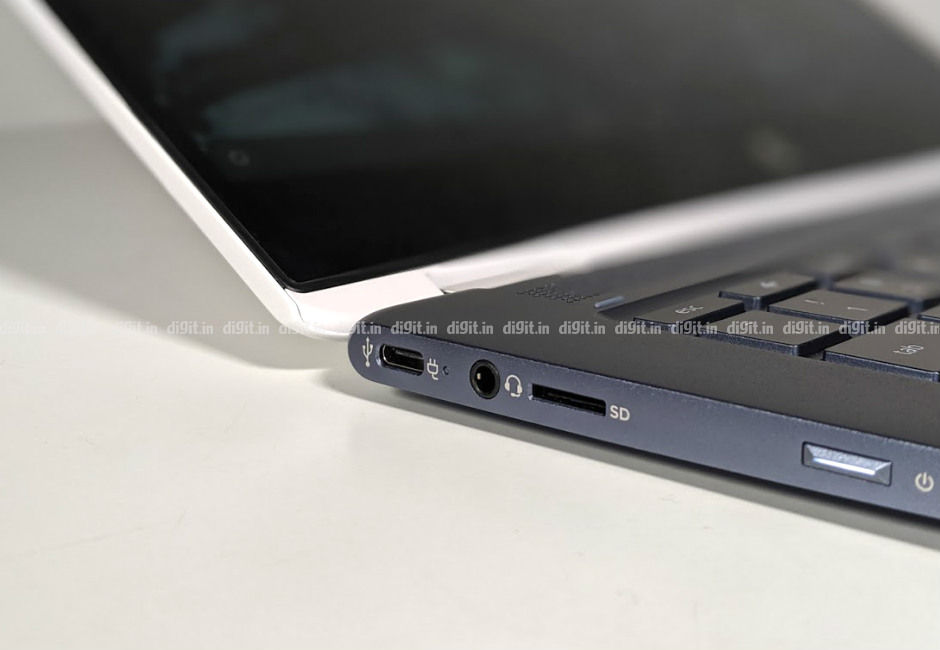 Charge from the left…

The USB-A port supports HP’s Sleep and Charge technology, which allows charging of smaller devices such as smartphones and portable Wi-Fi routers even when the laptop is in sleep mode. Either of the two USB-C ports on the laptop can be used for charging, power delivery, video output, and data transfer. The only things missing are a fingerprint scanner and a full-size HDMI port (to avoid the messy dongle life). 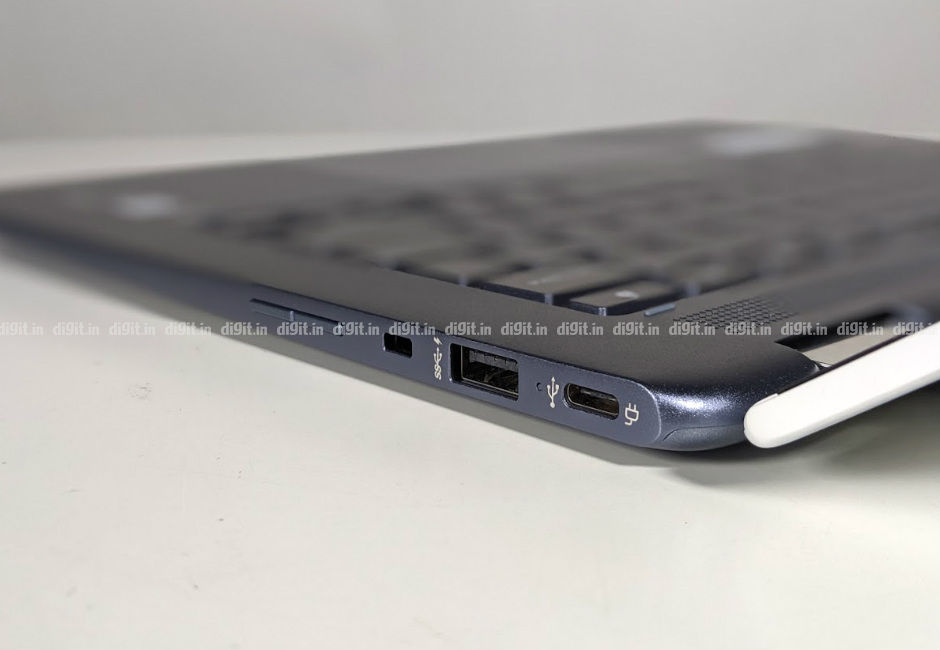 Though HP laptop keyboards tend to be overly soft and thus devoid of feedback in some models, the automatically backlit keyboard on the HP Chromebook x360 is surprisingly comfortable unit for long  documents and emails. The keys on it are flat but have the right amount of travel and resistance for easy typing. The top row contains shortcut keys that come in handy while browsing. Naturally, there’s no Windows Start key but you get longer Ctrl and Alt keys instead, which is equally useful. In other words, you’ll enjoy using the keyboard on the HP Chromebook x360 for work and play alike.

The x360 range from HP has to date used an inferior Synaptics driver for the laptop’s touchpad instead of Windows 10’s bundled precision driver, which supports configurable multi-touch options. It’s been a constant complaint of mine on many of HP’s models. On the Chromebook x360, however, that does not matter as there’s no Windows. The touchpad response on the Chromebook x360 is precise and intuitive; it works in the same way a precision touchpad on a Windows laptop does. It supports multi-finger taps and swipes. The two click buttons beneath the touchpad surface are soft enough for frequent clicks.

According to HP, the 16mm-slim body of the Chromebook x360 convertible contains a “fluid chrome-plated hinge” and is “crafted with premium matte and anodized finish”. The top cover, according to HP, is made of 3D metal and coated with a special material for a ceramic-like finish. The result is a laptop that both looks classy and feels rigid in the hands. 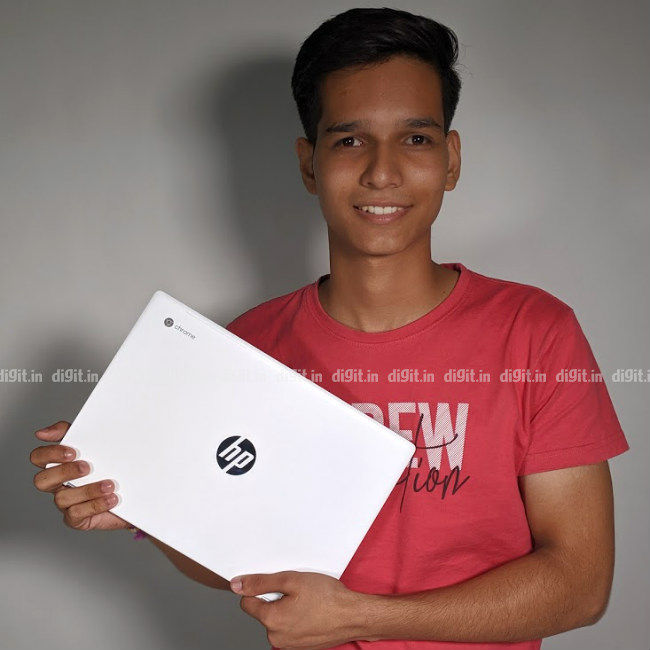 The HP Chromebook x360 sure is a looker

The lid shows almost no sign of flex when opened or closed and is grippy enough to be held in one hand. Suffice it to say that the HP Chromebook x360 looks and feels well built for everyday use. Sadly, HP sells the Chromebook x360 in only one colour, which is a milky white that attracts various dirt marks and smudges.

On the inside, we see a clean, glossy 14-inch display panel surrounded by moderately thick black bezels. The keyboard island—and in fact the entire base panel—is painted in a cool blue colour that doesn’t exactly complement the top cover. It gives one the impression that the ceramic white display was retrofitted to a laptop that was originally light blue in colour. 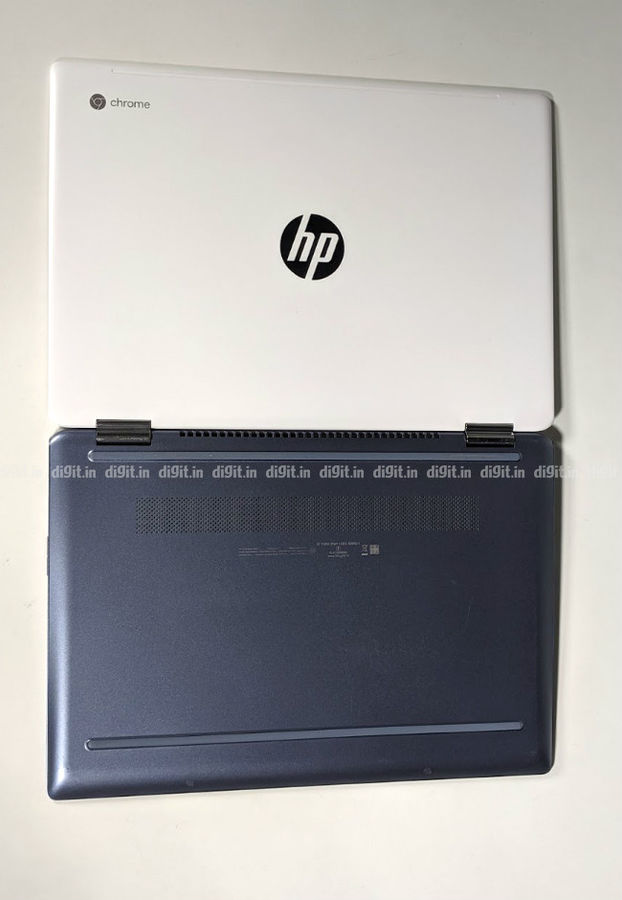 HP sells the Chromebook x360 in only one colour option

On the other hand, the keys on the keyboard get a slightly darker tone of blue, giving the keyboard island some more unexpected character. The wide touchpad too gets a subtle “diamond cut trim” around the edges for that extra dollop of class. Despite the seemingly confused paint job, the HP Chromebook x360 is an extremely well-engineered device. If anything, this HP device could have done with some weight loss.

The three-cell 60Wh internal battery on the HP Chromebook x360 is perfect for long hours of unplugged browsing. On the review unit (with Wi-Fi, Bluetooth enabled and screen set to 70 percent brightness), the battery dropped from full charge to 60 percent in five and a half hours, leaving me with presumably five more hours to go—at least. That’s incredible for any laptop in this price range. During another test browsing session, the battery fell from 100 to 84 percent in an impressive two hours. To sum it up, the HP Chromebook x360 has an incredibly long battery life, which is perfect for users on the go.

The thing about the new HP Chromebook x360 is that you can’t really look at it like a typical Windows laptop. You can’t call it out for not offering you a more powerful CPU or more features on paper for its price because it doesn’t promise you any of that. The Chromebook is designed to offer you a fuss-free online computing experience and HP’s Chromebook x360 succeeds in doing that. The best you can do is assess your own requirements from your next laptop purchase and figure out if the Chromebook x360 fits the bill. 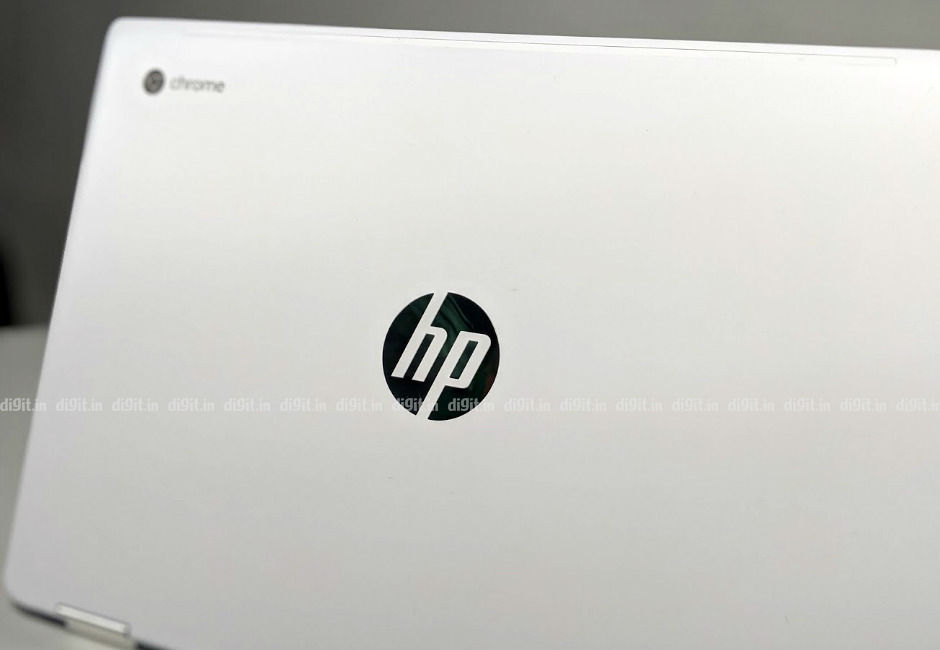 If you’re in the market for a trouble-free premium convertible laptop that runs the Chrome browser really well for many hours without needing to be plugged in, consider the HP Chromebook x360. If, however, you believe you’ll need to run other locally installed software in the future such as Adobe Photoshop, Steam, or even Microsoft Office, consider a Windows laptop instead. The HP Chromebook x360 is otherwise ideal for anyone who sticks mostly to their Chrome browser window.