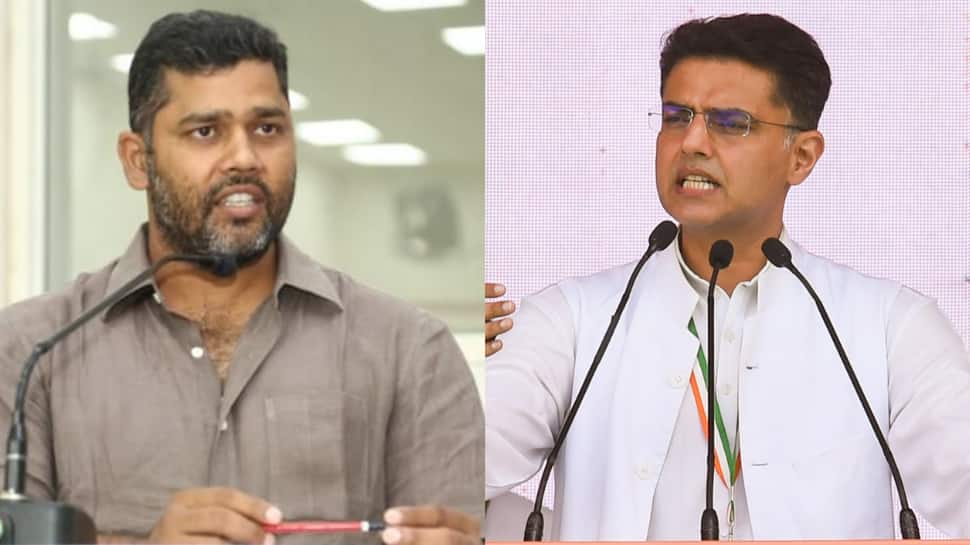 New Delhi: Rajasthan Sports Minister and Congress MLA Ashok Chandna on Monday (September 12, 2022) hit out at fellow party leader Sachin Pilot after his supporters allegedly hurled shoes towards a stage where he was present. Chandna, who represents the Hindoli constituency, told Pilot that if he can become a chief minister by getting shoes hurled at him, he should do it.

The incident took place on Monday at a mass meeting held before the immersion of the ashes of Gurjar leader Kirori Singh Bainsla in the Pushkar lake. As Chandna and other Congress leaders got on the dais, Pilot’s supporters in the crowd started hooting and some of them even hurled shoes toward the stage.

They were reportedly upset as Pilot, the former Rajasthan deputy CM, was not invited to the program.

Both Sachin Pilot and Ashok Chandna are from the Gurjar community.

After the event, Chandna took to Twitter to express his displeasure over the incident.

In a tweet, he said, “A wonderful sight was seen when Rajendra Rathore, the then cabinet member who ordered the killing of 72 people, was applauded when he came on stage and shoes were thrown at those whose family members went to jail in the agitation.”

“If Sachin Pilot becomes the chief minister by throwing a shoe at me, then he should be made soon because today I do not feel like fighting. The day I come to fight, then only one will be left and I do not want this,” he wrote in another tweet.

Meanwhile, the Bharatiya Janata Party (BJP) took a jibe at Congress and said that the party should do “Congress jodo” before the “Bharat Jalao” Yatra.