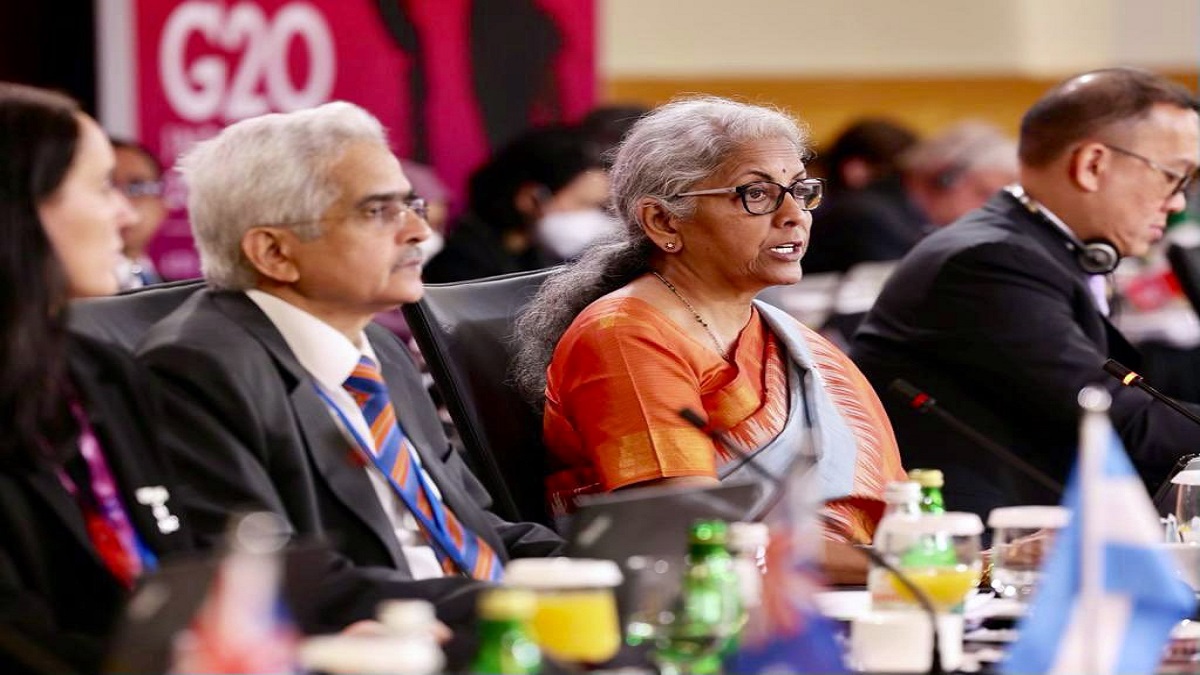 “The story is yet to reach the public. The 5G which we have launched in our country is completely indigenous, standalone. There could be some critical parts coming from countries like Korea, but certainly not from somebody else…,” Sitharaman said at the Johns Hopkins University event in Washington.

She said India can now provide 5G technology to other countries whoever wants it. “Our 5G is not imported from somewhere else and it’s our own product. The spread of this is very rapid.

“Sitharaman said the private companies that have made this product have said by 2024 end most of the country will be able to avail of this technology.”

On 5G we can be immensely proud of India’s achievement.”Ushering in a new technological era, Prime Minister Narendra Modi launched 5G services this month.

Industry leaders expressed their views on this historic occasion. The three major telecom operators of the country demonstrated one use case each in front of the Prime Minister to show the potential of 5G technology in India. Addressing the gathering the Prime Minister said that the Summit might be global but its repercussions and directions are local.

“Today, 130 crore Indians are getting a wonderful gift in the form of 5G from the country and from the telecom industry of the country. 5G is a knock on the doors of a new era in the country.”

“5G is the beginning of an infinite sky of opportunities. I congratulate every Indian for this”, he added.

He noted with satisfaction that in this launch of 5G and the march of technology, rural areas and workers are equal partners. Stressing one more message of the 5G launch, the Prime Minister said” New India will not remain a mere consumer of technology, but India will play an active role in the development and implementation of that technology. India will play a big role in designing the future wireless technology, and manufacturing related to it.”

The Prime Minister pointed out that India was dependent on other countries for 2G, 3G and 4G technologies. But with 5G, India has created a new history, he said.

ALSO READ: Ready to talk with startups to prevent them from moving out of India: Nirmala Sitharaman

ALSO READ: India in talks with different countries to make Rupay acceptable in their nation: Sitharaman