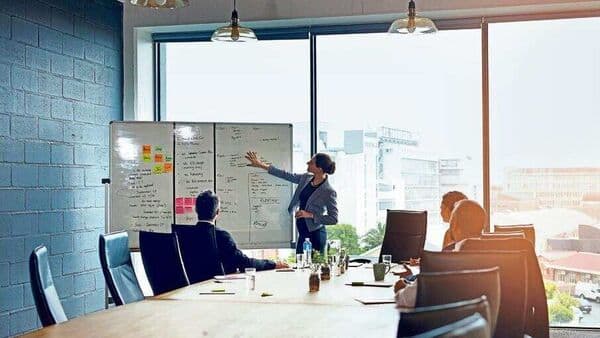 India’s information technology services companies are likely to be in a better position to weather a global recession than most other sectors as the impact on IT spends in a post-pandemic world may be limited, said industry experts.

With most companies realizing the importance of investing in digital innovation , even if they decide to cut IT budgets, the sector may not witness a downturn like the one following the global financial crisis of 2008-09, they added.

“The last few years, (especially covid) proved that it will be impossible to do without digital presence. If companies have to fight inflation or other economic turmoil, they have realized that investing in digital innovation is the need of the hour,” said Jayanth Kolla, co-founder of market research firm Convergence Catalyst.

“Things will become clearer in the next 2-3 months, but we can expect a 10-15% decline in overall technology spends,” Kashyap Kompella, founder and chief executive, RPA2AI Research, said.

That said, IT services majors are feeling the heat of rising inflation, geopolitical tensions and fears of a recession. While analysts said a recession in the US may not have far-reaching consequences on IT budgets, most companies are in a wait-and-watch mode.

A possible slowdown in IT spend is reflected in the downgrade of Indian IT companies by ratings firms. For instance, American investment bank JP Morgan in May downgraded IT services majors from neutral to underweight, followed by Japanese financial services group Nomura lowering the ranks of Indian IT majors over declining revenues.

The downgrades prompted the sector, which was expected to touch $227 billion this year, according to industry association Nasscom, to initiate some cost-cutting measures.

IT firms have not activated the slowdown playbook yet, but some “multi-billion-multi-year IT projects” of large companies may witness a slowdown, said Kompella. However, this will not have much impact on the day-to-day technology spending, like IT maintenance and cloud, he added.

Kolla in fact sees an “opportunity in the crisis”.

“While firms may not cut down technology budgets, they might reduce travel costs and limit grants on highly experimental projects in AI (artificial intelligence) and AR/VR (augmented reality and virtual reality), and instead focus on core offerings, such as cloud enterprise resource planning, mobile development and analytics, and outsourcing,” Kolla said.

“Crypto-related tech, which is still trying to establish a firm foothold, may find the going tough,” said Kompella. “Enterprise automation technologies that can deliver near-term benefits will be favoured over artificial intelligence projects that are in the R&D phase,” he added.

“In the past, recessions were followed by a period of high growth for Indian IT outsourcing businesses. For instance, during 2008’s global financial meltdown, Indian IT majors saw annualised contract values exceed previous years, with more spending by the government, healthcare and the manufacturing industries,” said Anurag Dua, partner, EY India.

“There might be cutbacks in spending in the short-term, which will impact a few digital projects, but newer models of offshoring will witness high growth,” he added. “As most Indian IT firms offer services to legacy businesses across sectors including government, manufacturing, banking, and healthcare, IT services business will remain strong despite the recession.”

Siva Prasad, chief business officer of staffing firm TeamLease Digital, said large IT services companies are building a strong pipeline for the upcoming months and there are no signs of a slowdown in hiring.