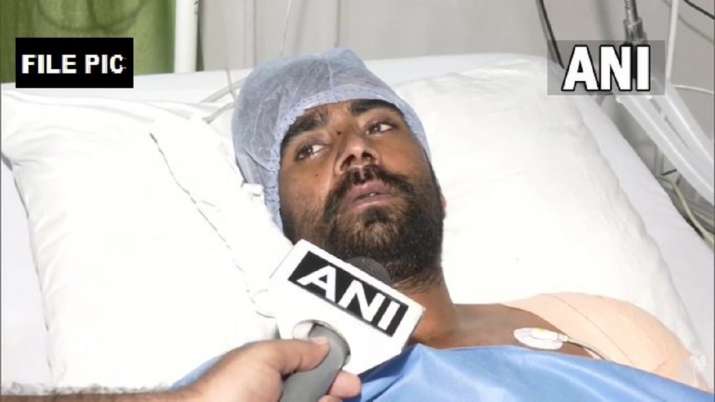 Jammu and Kashmir news: Fidayeen suicide attacker from Pakistan, Tabarak Hussain, who was captured by the Indian Army on August 21 at LOC in Naushera, died of a cardiac arrest on Saturday.

According to Army officials, Hussain was captured by the Indian Army while trying to infiltrate into the Indian territory in Naushera, Rajouri.

“He was being treated at Army Hospital in Rajouri and had bullet injuries in his leg and shoulder,” stated the army officials.

Hussain, while undergoing treatment in Army Hospital, told news agency ANI that he had been sent along with three to four other terrorists were paid money by a Pakistani Colonel Yunus Choudhary to carry out a ‘fidayeen’ attack on Indian soldiers after crossing the LoC. Hussain received a bullet wound while his accomplices escaped.

“We were four-five people. We had come to die. We were sent by Pak Army’s Colonel Choudhary Yunus. He gave us money to attack Indian posts,” said Hussain responding to questions.

He said that the group had four to five guns with them.

“We were asked to attack the Indian Army. I had come in 2016. This time we could not attack. The others ran away…After I was hit by a bullet, the Indian Army saved me,” he added.

On Saturday, the Jammu and Kashmir Police arrested an “enemy agent”, for allegedly supplying secret information about police establishments and security forces to his Pakistan-based handler via different social media platforms. The “enemy agent” identified as Abdul Wahid of Chergi Dool was arrested after a joint input was generated by the Kishtwar Police, 11 Rashtriya Rifles (RR), and Military Intelligence (MI).