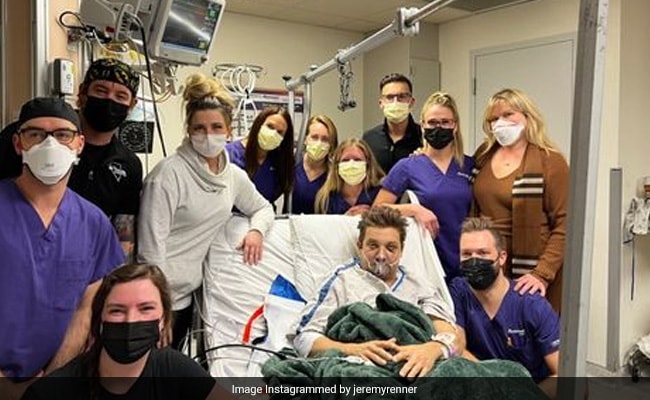 Hawkeye actor Jeremy Renner  who injured himself while ploughing snow in Nevada’s Reno last week, shared a picture of himself along with the medical staff on his birthday. Thanking the medical staff at the Intensive Care Unit of the hospital where he is admitted, the 52-year-old actor wrote: “Thank you renowned medical ICU team for beginning this journey.” The actor has actively been sharing updates on his health on his social media accounts. Earlier this week, he posted a video from what he described as “A “not no great” ICU DAY, turned to amazing spa day.”

This is what the actor shared on his birthday: 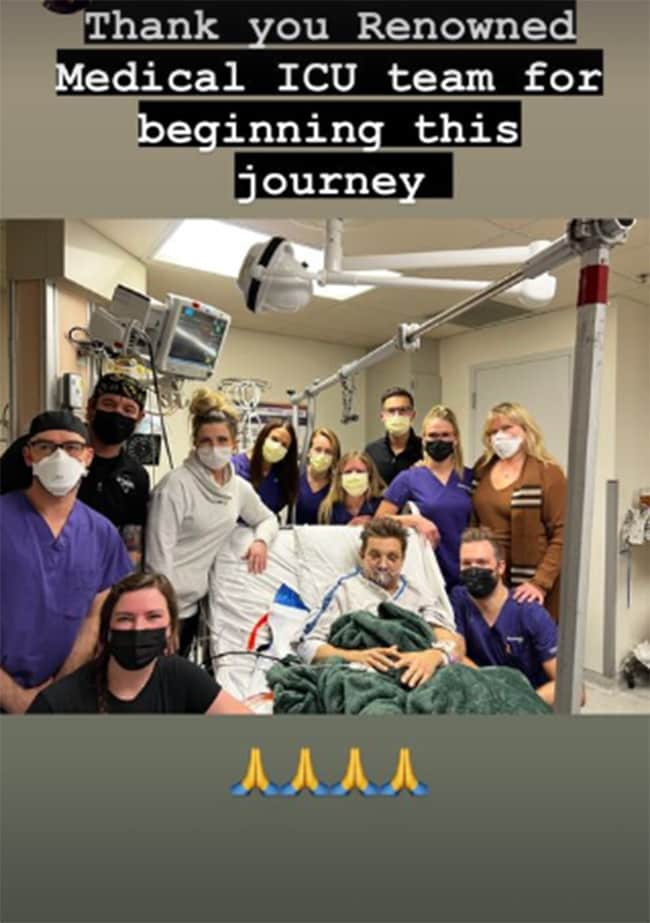 Earlier this week, the actor shared a picture of himself from the hospital and he wrote in his caption: “Thank you all for your kind words. I’m too messed up now to type. But I send love to you all.”

A “not no great” ICU DAY, turned to amazing spa day with my sis and mama. Thank you sooooo much,” the Marvel star captioned this video that he posted from the hospital.

A “not no great” ICU DAY, turned to amazing spa day with my sis and mama. Thank you sooooo much pic.twitter.com/pvu1aWeEXY

On the work front, Jeremy Renner, most recently starred in the Disney+ series Hawkeye. He is best known for playing Hawkeye in the Marvel Cinematic Universe, beginning with Thor (2011) and The Avengers (2012). He has also featured in films like The Hurt Locker (2008) and The Town (2010), to name a few.

Twinkle Khanna And Daughter Nitara Pictured In An Autorickshaw In Mumbai