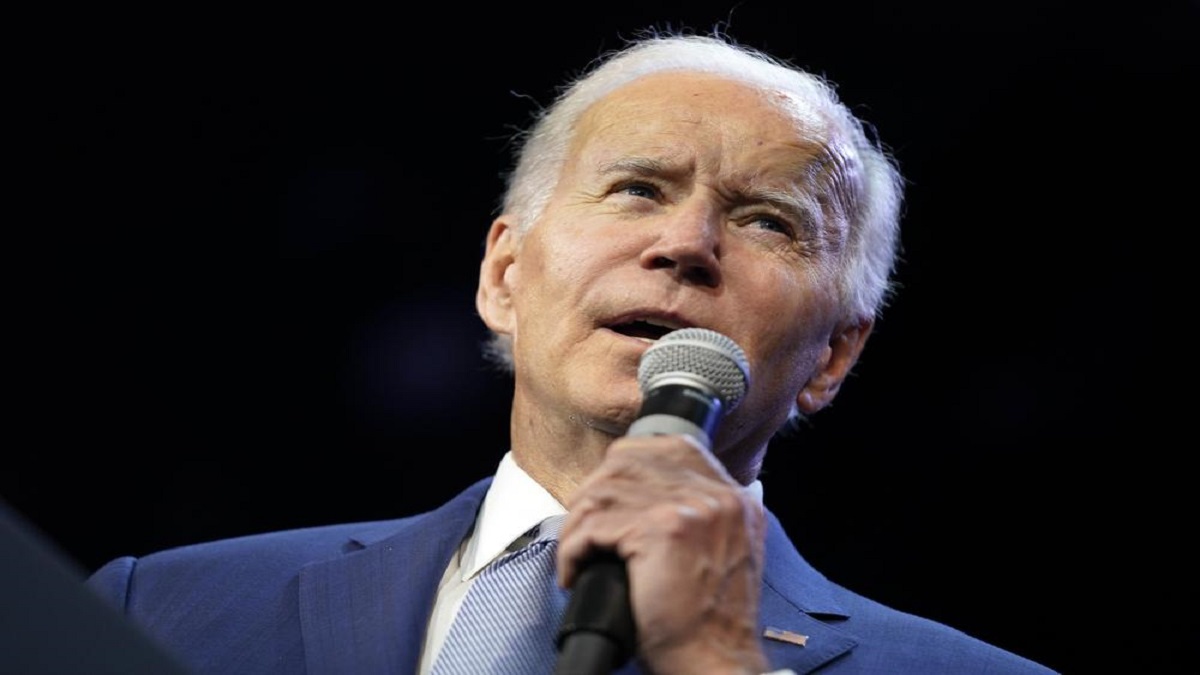 United States news: US President Joe Biden will announce the release of 15 million barrels of oil from the US strategic reserve on Wednesday (October 19) as part of a response to recent production cuts announced by OPEC+ nations, and he will say more oil sales are possible this winter, as his administration rushes to be seen as pulling out all the stops ahead of next month’s midterm elections.

Biden will deliver remarks on Wednesday to announce the drawdown from the strategic reserve, senior administration officials said on Tuesday (October 18) on the condition of anonymity to outline Biden’s plans.

It completes the release of 180 million barrels authorized by Biden in March that was initially supposed to occur over six months. That has sent the strategic reserve to its lowest level since 1984 in what the administration called a “bridge” until domestic production could be increased.

Biden will also open the door to additional releases this winter in an effort to keep prices down. But administration officials would not detail how much the president would be willing to tap, nor how much they want domestic and production to increase by in order to end the drawdown.

Biden will also say that the U.S. government will restock the strategic reserve when oil prices are at or lower than $67 to $72 a barrel, an offer that administration officials argue will increase domestic production by guaranteeing a baseline level of demand. Yet the president is also expected to renew his criticism of the profits reaped by oil companies- repeating a bet made this summer that public condemnation would matter more to these companies than shareholders’ focus on returns.

It marks the continuation of an about-face by Biden, who has tried to move the U.S. past fossil fuels to identify additional sources of energy to satisfy U.S. and global supply as a result of disruptions from Russia’s invasion of Ukraine and production cuts announced by the Saudi Arabia-led oil cartel.

The prospective loss of 2 million barrels a day- 2% of global supply- has had the White House saying Saudi Arabia sided with Russian President Vladimir Putin and pledging there will be consequences for supply cuts that could prop up energy prices. The 15 million-barrel release would not cover even one full day’s use of oil in the U.S., according to the Energy Information Administration.

The administration could make a decision on future releases a month from now, as it requires a month and a half for the government to notify would-be buyers.

Biden still faces political headwinds because of gas prices. AAA reports that gas is averaging $3.87 a gallon. That’s down slightly over the past week, but it’s up from a month ago. The recent increase at prices stalled the momentum that the president and his fellow Democrats had been seeing in the polls ahead of the November elections.

An analysis Monday by ClearView Energy Partners, an independent energy research firm based in Washington, suggested that two states that could decide control of the evenly split Senate- Nevada and Pennsylvania- are sensitive to energy prices. The analysis noted that gas prices over the past month rose above the national average in 18 states, which are home to 29 potentially “at risk” House seats.

Even if voters want cheaper gasoline, expected gains in supply are not materializing because of a weaker global economy. The US government last week revised downward its forecasts, saying that domestic firms would produce 270,000 fewer barrels a day in 2023 than was forecast in September. Global production would be 600,000 barrels a day lower than forecast in September.

The hard math for Biden is that oil production has yet to return to its pre-pandemic level of roughly 13 million barrels a day. It’s about a million barrels a day shy of that level. The oil industry would like the administration to open up more federal lands for drilling, approve pipeline construction and reverse its recent changes to raise corporate taxes. The administration counters that the oil industry is sitting on thousands of unused federal leases and says new permits would take years to produce oil with no impact on current gas prices. Environmental groups, meanwhile, have asked Biden to keep a campaign promise to block new drilling on federal lands.

Biden has resisted the policies favored by US oil producers. Instead, he’s sought to reduce prices by releasing oil from the US reserve, shaming oil companies for their profits and calling on greater production from countries in OPEC+ that have different geopolitical interests, said Frank Macchiarola, senior vice president of policy, economics and regulatory affairs at the American Petroleum Institute.

Because fossil fuels lead to carbon emissions, Biden has sought to move away from them entirely with a commitment to zero emissions by 2050. When discussing that commitment nearly a year ago after the G-20 leading rich and developing nations met in Rome, the president said he still wanted to also lower gas prices because at “$3.35 a gallon, it has profound impact on working-class families just to get back and forth to work.”

Since Biden spoke of the pain of gas at $3.35 a gallon and his hopes to reduce costs, the price has on balance risen another 15.5%.