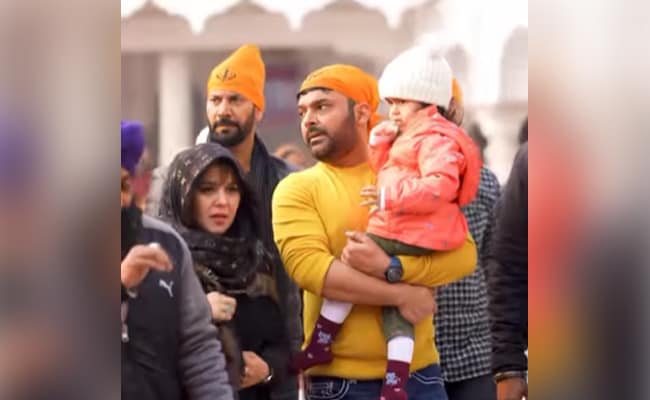 Kapil Sharma is one of the most well-known celebrities and entertainers in the country today. In addition to his television shows, Kapil Sharma has also made a mark as an actor in the past few years. Despite all the success, Kapil Sharma likes to keep it real for his fans. This is evident in his social media posts. Now, the comedian has shared a video chronicling his trip from Mumbai to Amritsar. He was accompanied on the trip by his wife Ginni Chatrath and their children. While in Amritsar, Kapil Sharma visited the Golden Temple and was also seen meeting his teachers and friends at his college and university. He is also seen meeting family members and indulging in some local delicacies.

Sharing the video, Kapil Sharma said: “My college, my university, my teachers,my friends, my family, my town, the food, the feel, the holy temple “Golden temple” Thank you for all the blessings Baba ji. #amritsar #punjab #gurunanakdevuniversity #happiness #blessings #gratitude.”

A few days ago, Kapil Sharma also welcomed the dabbawalas of Mumbai on his show, The Kapil Sharma Show. He said: “The pride of Mumbai “dabbawala”. Train can be late, the bus can be late, but our brothers always reach on time. They deliver 200000 tiffins daily in Mumbai for many years. We salute them for their passion, dedication and hard work.”

Before that, Kapil Sharma also shared some behind-the-scenes photos from his show and wrote, “Work mode.” Aanchal Munjal replied to the photo, “I think you’re getting more handsome day by day.”

On the work front, Kapil Sharma was last seen in Zwigato, directed by Nandita Das. The film premiered at the 27th edition of the International Film Festival of Kerala (IFFK) in December.  Kapil Sharma received praise for his role as a food delivery person. He was seen opposite Sahana Goswami in the film.