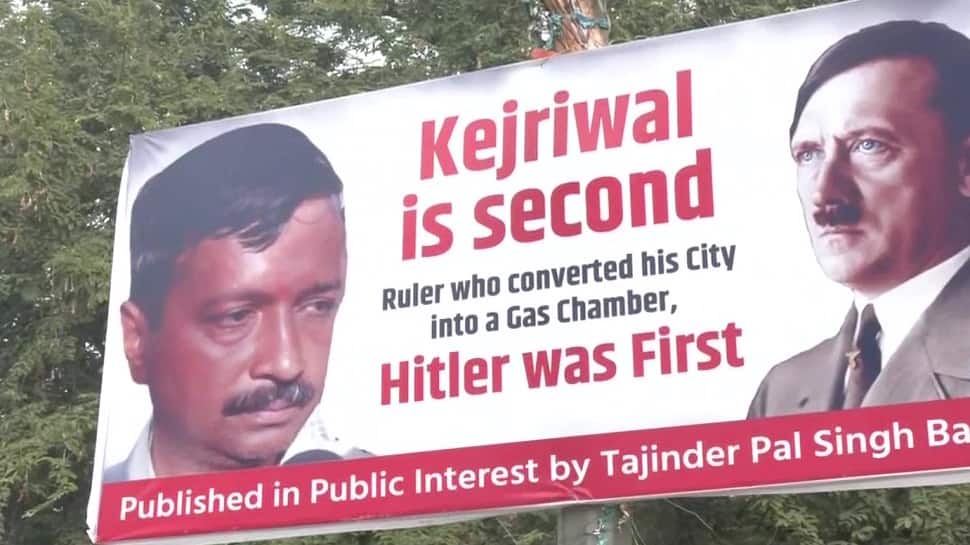 Talking to ANI about the poster BJP leader Bagga said Delhi’s CM is on a political tour while people of the national capital are struggling with the air pollution in Delhi. “He turned Delhi into a gas chamber. People are dying of pollution but he is on political tourism,” he said.

Meanwhile, Union Health minister Minister Mansukh Mandaviya also hit out at Delhi CM Kejriwal and said that he is busy campaigning for elections in Gujarat and Himachal Pradesh, so Delhiites should wear masks to protect themselves from pollution.

Mandaviya, in a tweet in Hindi, “The people of Delhi are urged to wear masks and protect themselves from air pollution because Kejriwal ji is busy making promises related to free rewari in Gujarat and Himachal Pradesh and advertising at the expense of crores of rupees of Delhi taxpayers.”

The air quality in Delhi continued to remain in the `severe` category on Saturday, for the third day in a row, even though a slight improvement was noted in the Air Quality Index (AQI) of the national capital, which stood at 431 this morning. On Friday during the corresponding morning period, the AQI of the capital city was recorded at 472.