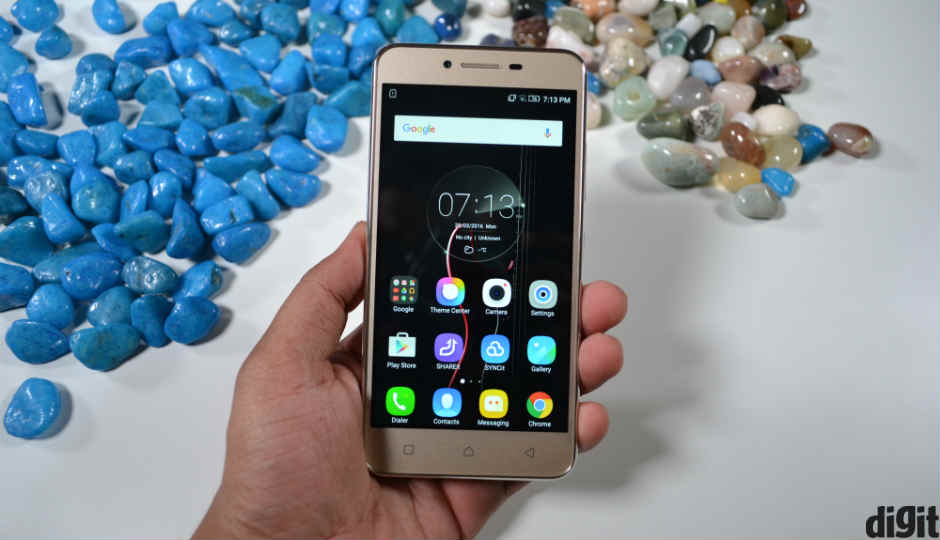 Not many smartphones offer 5-inch or smaller displays, in the sub-10k segment today. Chances are, you might be reading this review on a larger display as well. However, many of us would like to go back to a smaller screen, I know I do. So, the Lenovo K5 Plus, with its 5-inch 1080p display, 13MP rear camera, and attractive design seems to be a good proposition. On paper, it seems like a good budget phone. It takes on the likes of the Coolpad Note 3 and the Xiaomi Redmi Note 3 (16GB), and tries to incorporate features from both phones.

The Lenovo K5 Plus has a removable metal back, which is also a first for this price bracket. For this, Lenovo has put a thin metal sheet on a plastic removable back. This makes for a good looking smartphone, which feels good to hold as well. The chrome polish on the device also adds to the whole design. It is solidly built, but the metal finish does feel a tad slippery in your hand.

The display on the Lenovo Vibe K5 Plus is somewhat of a disappointment though. The 5 inch 1080p panel isn’t what you call bad, but we’ve seen much better, even in this price range. The colour saturation is well balanced and the viewing angles are also quite good. In addition, the touch response is decent, but you can feel the lack of Gorilla Glass here. Even the sunlight visibility isn’t up to the mark, and phones like the Meizu M2 Note, Coolpad Note 3 and Xiaomi Redmi Note 3, have much better displays.

While the smaller display has allowed Lenovo to make a compact phone, the display itself lacks quality. Further, Lenovo’s Vibe UI a big part of the 2GB of RAM on the device and doesn’t really add to the feature set. It has a theme manager with just six themes, about half a dozen apps come pre-loaded, many of which can be uninstalled. When we installed our regular apps for testing the phone, it started showing considerable lags. The phone runs on Android 5.1.1 Lollipop. 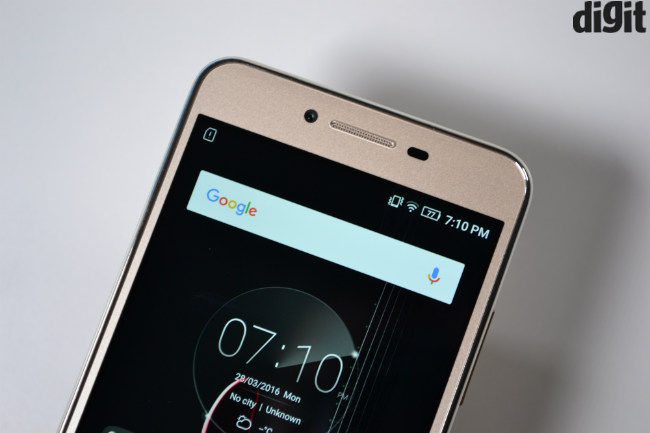 The performance of the phone wasn’t great either. The Snapdragon 616 is slightly improved from the 615, but manages heat much better. We’ve seen similar performance from phones like the Moto G Turbo, which are powered by the older processor. The Lenovo Vibe K5 Plus looks good on paper, but as we saw with the Honor 5X, this isn’t really the ideal performer either.

The gaming experience on the K5 Plus isn’t as good as the Coolpad Note 3, even though the two phones are similarly powered (despite different SoCs). The K5 Plus heats up after about half an hour of gaming, and the SoC seems to be throttled pretty easily. Using it for day-to-day tasks, such as browsing or streaming videos, we found occasional lags on the smartphone.

On the other hand, the audio performance  is simply the best in this category. There are two Dolby Atmos enabled speakers at the back, which are quite loud for a phone in the sub-10k price bracket. Moreover, the sound quality is really good when you’re listening to audio via headphones. The Dolby software improves the bass, which many users will like and the mids are clearer than others when listening to music via headphones. 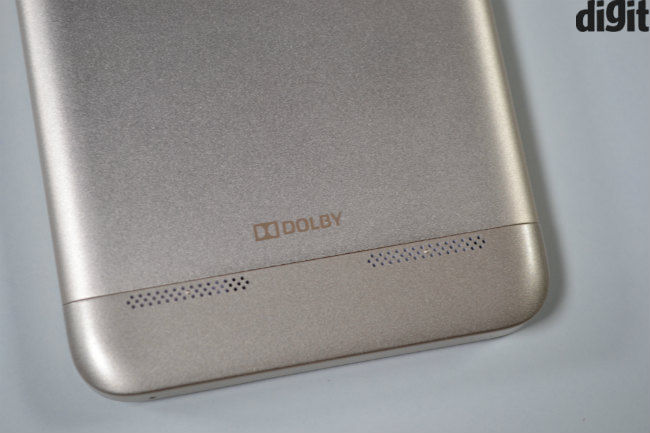 That said, the rear speakers do get muffled if the device is put back down, which will be most of the times.

Moving on, the battery life on the Vibe K5 Plus is another area that needs improvement. On the Geekbench 3 battery test, the phone lasts for about 5.5 hours, which is outright poor. Competitors like the Coolpad Note 3, can run for over 10 hours. During our review period, we had to charge the phone at least twice a day.

Lastly, the camera on the Lenovo K5 Plus is not as good as the Xiaomi Redmi Note 3, which has a 16MP rear sensor and much faster overall operation. However, it is still comparable to the likes of the Coolpad Note 3 and the Meizu M2 Note.

The 13MP rear shooter on the phone can capture good images in normal lighting conditions. The contrast levels are decent and the colour reproduction is quite accurate. The auto-focus and shutter response of the phone aren’t the fastest in its price bracket and is at par with the Coolpad Note 3 and the Meizu M2 Note. While Lenovo has endeavoured to reduce the noise levels in low light conditions, it’s not the best. It’s another area where the Redmi Note 3 outperforms this phone.

To make it simpler, the Lenovo Vibe K5 Plus can take images as good as the Coolpad Note 3 or Meizu M2 Note, but isn’t at fast. On the other hand, it’s inferior in every way to the Xiaomi Redmi Note 3.

The front-facing camera takes decent selfies, which can be further tweaked using the Beautify toggle. The camera app is pretty simple, but it does feature filters like emboss, mono, sepia, etc.

To sum up, it is quite evident that the Lenovo Vibe K5 Plus is not a particularly good phone. While the display and camera are still acceptable, the battery life and performance are disappointing. It lags marginally behind phones like the Meizu M2 Note and the Coolpad Note 3, and is no match to the Xiaomi Redmi Note 3.