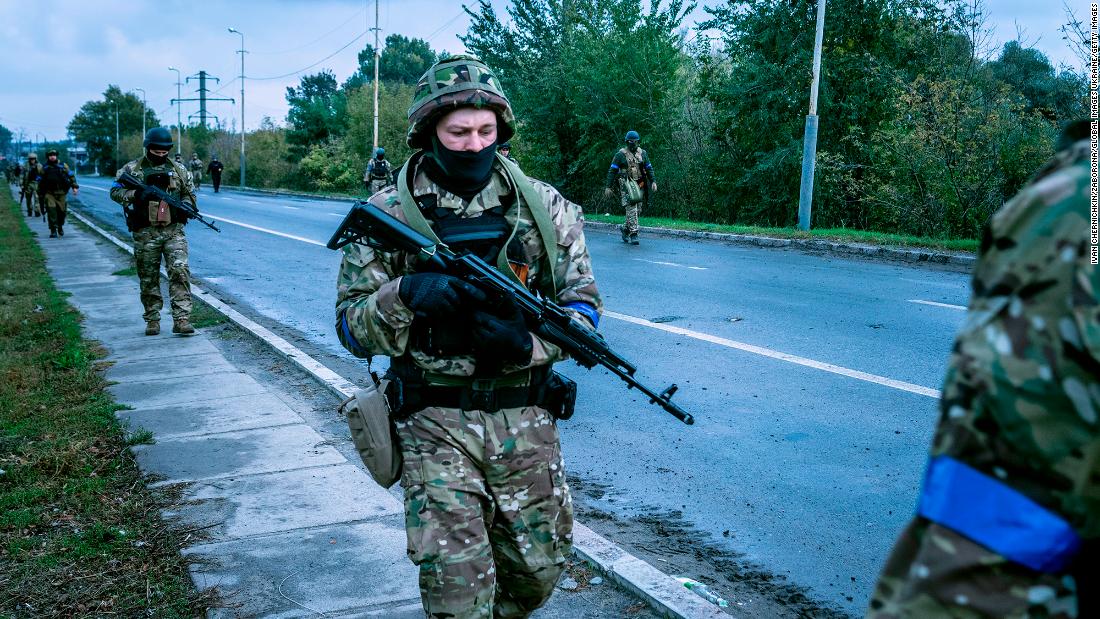 A senior Ukrainian military official said the country’s forces have recaptured around 120 settlements in the past two weeks as they advance in Kharkiv, Donetsk and Kherson regions.

Oleksii Hromov, a senior official with the General Staff of the Armed Forces of Ukraine, said that since Sept. 21, Ukrainian troops had managed to advance 55 kilometers (about 34 miles) in the northeast, “establish control over 93 settlements, [and] take control over more than 2,400 square kilometers.”

Hromov appeared to be referencing gains in Kharkiv region that were made before Sept. 21 but only confirmed later.

“In the Kherson direction, the enemy is trying to counterattack at the expense of reserves in order to restrain the advance of our troops and regain lost positions. Since Oct. 1, 29 settlements have been taken under [our] control,” he said.

Hromov said Russia had stepped up its use of Iranian-made attack drones.

“Since Sept. 30, the enemy used 46 ‘Shahed 136’ kamikaze drones to strike military facilities, civilian infrastructure and troop positions; 24 of those drones were destroyed,” he said.

In total, Hromov said, Russia had used 86 of those drones.

In its operational update Thursday, the Ukrainian General Staff said that Russia continued to try “offensive actions” in the Donetsk region and had carried out more than 20 rocket attacks. Settlements in Donetsk and Zaporizhzhia regions had been damaged, but Russian efforts to advance in the Bakhmut area and other parts of Donetsk had failed, the military said.

The General Staff said the Ukrainian Air Force had carried out 11 strikes Thursday but provided no details on the progress of the Kherson offensive.

Satellite imagery suggests that Russian forces have fortified defensive positions near the towns of Vesele and Nova Kakhovka on the Dnieper River.