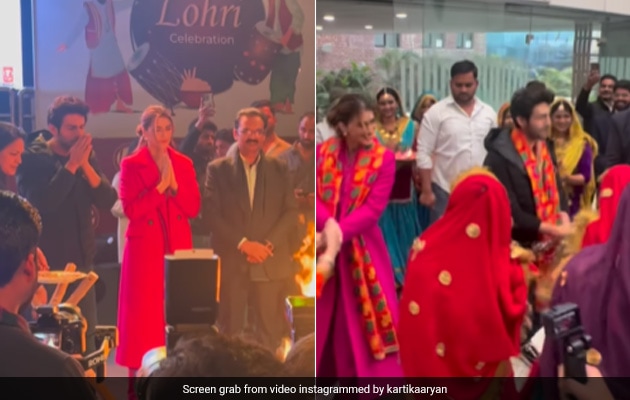 Kartik Aaryan and Kriti Sanon in a still from the video. (courtesy: kartikaaryan)

Kartik Aaryan is currently busy promoting his upcoming film Shehzada. His nationwide tour for the film, which is releasing in theatres on February 10, has already begun and his latest stop was Jalandhar, Punjab. Kartik made sure he enjoyed his time in the city. He relished a cup of hot tea, ate sugar cane and stuffed parathas with butter. The actor also shared glimpses of his fun time in Punjab on his Instagram profile and wrote, “When in Punjab…. (face savouring food emoji). #Shehzada Tour (crown icon).” The first image shows Kartik Aaryan happily enjoying tea at a dhaba. In the next few snaps, he is seen interacting with fans and eating sugarcane. In one of the images, the actor is seen chatting with his team against a truck loaded with sugarcane.

Kartik Aaryan visited a college in Ludhiana to promote Shehzada. It is also the first time that Kartik Aaryan celebrated Lohri in Punjab. The actor posted a video in which he and his co-star Kriti Sanon are seen getting a warm welcome. They did the bhangra and danced to dhol beats. “Shehzada ki taraf se Lohri di lakh lakh vadhaiyan. My first Lohri celebration in Punjab,” Kartik wrote in the caption.

The next stop on Kartik Aaryan’s Shehzada tour is Gujarat. “Bombay to Jalandhar to Kutch. Life in the air,” the caption for his latest video from a flight read. 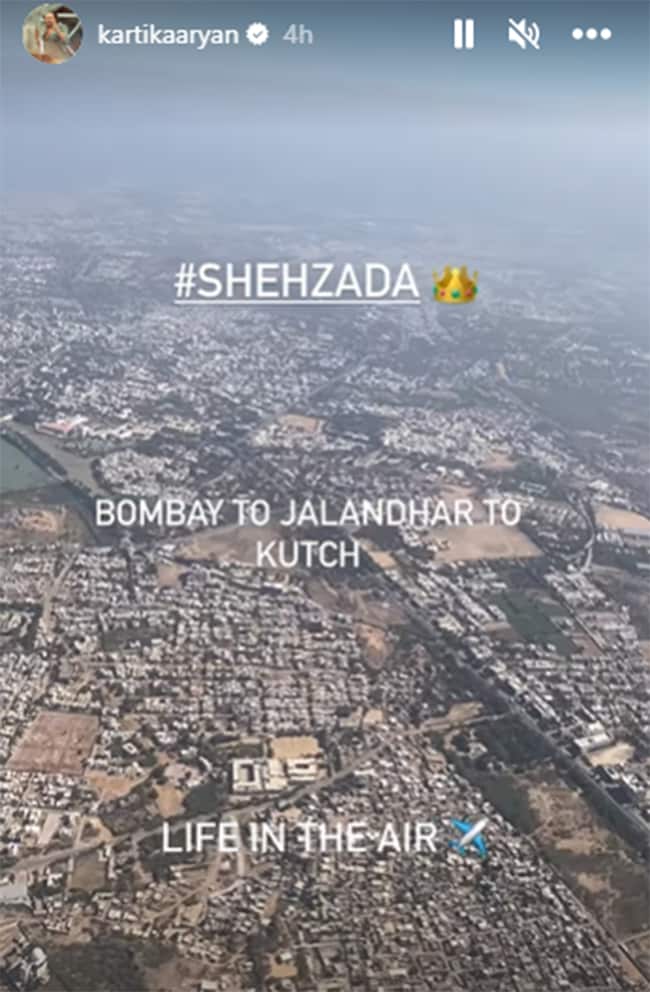 Kartik Aaryan, in a separate post, also shared how successful day 1 of the tour in Mumbai was. Take a look:

Watch the trailer of Shehzada here: