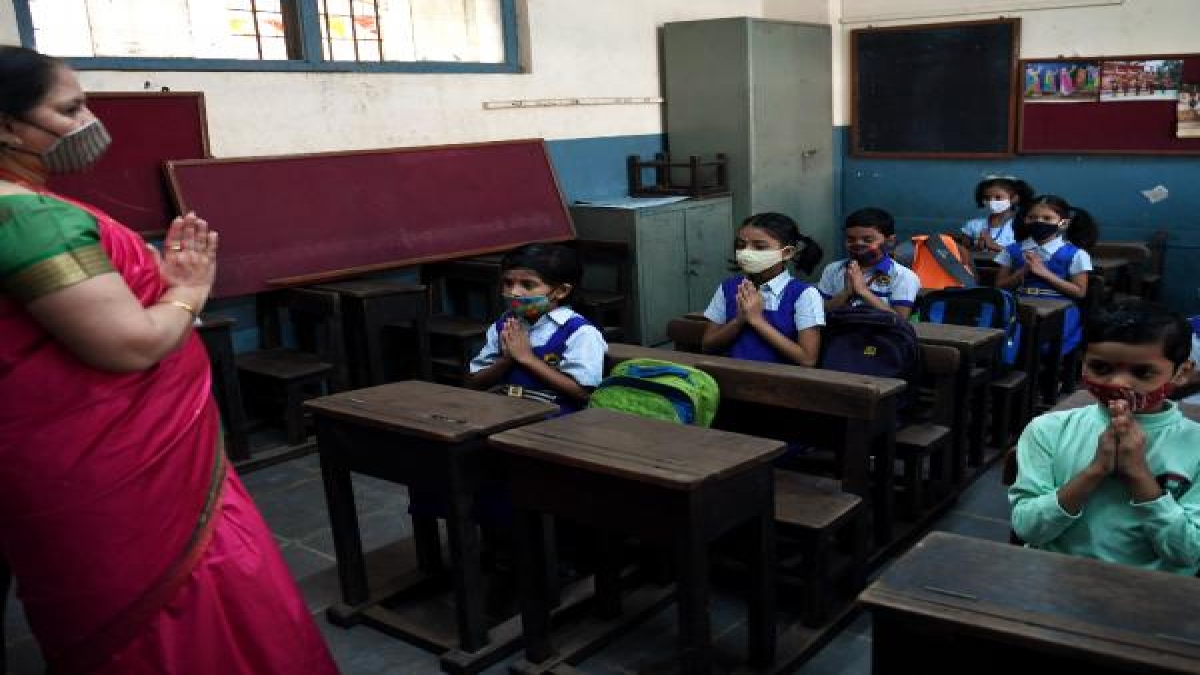 In a bid to ensure better future for their children, the residents of a village in Maharashtra’s Beed district pooled resources, including money and land, on their own instead of banking on the government to upgrade a Zilla Parishad-run school that needed urgent repairs and lacked space to accommodate students. The residents of Pokhari village, located around 160 kms from Aurangabad city, say they have so far raised Rs 39 lakh through crowdfunding with four of them donating more than one acre land for the expansion of the school.

Children from Class 1 to 7 study in this school. The upgradation and construction work, which began in 2018, got hampered by the pandemic in 2020. But it is likely to be completed by the next academic year. Around 1,300 people reside in this village and most of them are farmers and sugarcane workers.

Talking to PTI, one of the residents Ram Falke said, “There is a Zilla Parishad-run school in the village, where local children study. It has four classrooms and the condition of two of them had turned very bad and needed urgent repairs. Although the government agencies gave some funds for the repair work, it was not enough. The school also faced a space crunch.”

Therefore, the villagers launched a movement of constructing a new building for the school so that the students don’t have to face any problem, he said.

“Four villagers came forward and donated more than one acre of land in 2018 for this purpose,” Falke said. He added that the villagers initially raised Rs 18 lakh through crowdfunding. But that amount was not enough. “The soil in our village is black. Since there are certain challenges of construction on this type of soil, some extra money was required for the school expansion project,” he said.

Like other places, the coronavirus pandemic and the resultant restrictions brought the construction activity to a standstill in 2020, he said. After the COVID-19-related curbs were lifted, more funds were collected. The total amount raised so far stood at Rs 39 lakh. This is meant for constructing six classrooms in the school. But some additional amount is still required for the flooring work, Falke added.

Dada Khillare, another resident of the village said, “We are resolving the problem for nearly 135 students. Today, our children are attending classes in the open ground and in tree shade. We wish to hoist the national flag on the Republic Day next week in the new school, but the building will be completely ready by the next academic year.”

Parubai Falke, a sugarcane labourer, said the school structure had turned precarious. “Our children studied in fear. In the rainy season, they used to return home without attending classes. But there will be no such fear in the new school,” she said.

Additional CEO of Beed Zilla Parishad Dr Dnyanoba Mokate said the villagers are mainly farmers and sugarcane labourers. “They say that no one from their village has become an officer. They want to see their children become officers and hence they took this initiative,” he said. In view of the efforts taken by the villagers, the Zilla Parishad has decided to help them in the school project, Mokate said. “We are planning to undertake the work of a playground, kitchen shed, compound wall around the school, and also of storm water drain to protect nearby fields under government schemes,” he added.