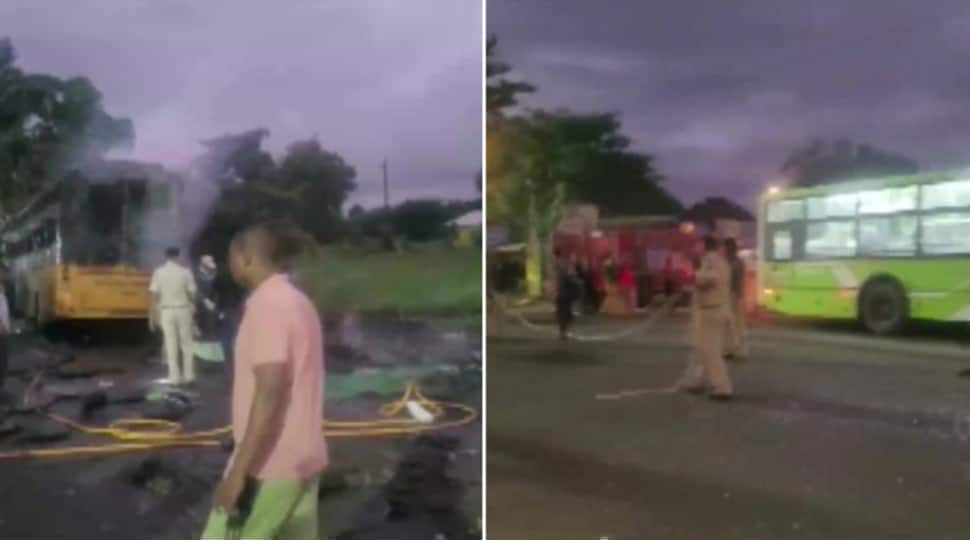 “All injured are being treated in Nashik. Govt will bear all medical expenses of the injured,” Dada Bhuse, Guardian Minister of Nashik told ANI.

“Gujarat CM has announced an ex gratia of Rs 5 lakhs each to the next of kin of those who died in this unfortunate incident. I am also going to the spot to assess the situation,” Bhuse added.

Officials said that the injured were rushed to a nearby hospital. The private bus, a ‘sleeper’ coach, had around 30 passengers. It hit the truck at Nandur Naka and caught fire in a few minutes, the official said. Most of those killed and injured were bus passengers, he said. The truck was going from Dhule to Mumbai, he added.