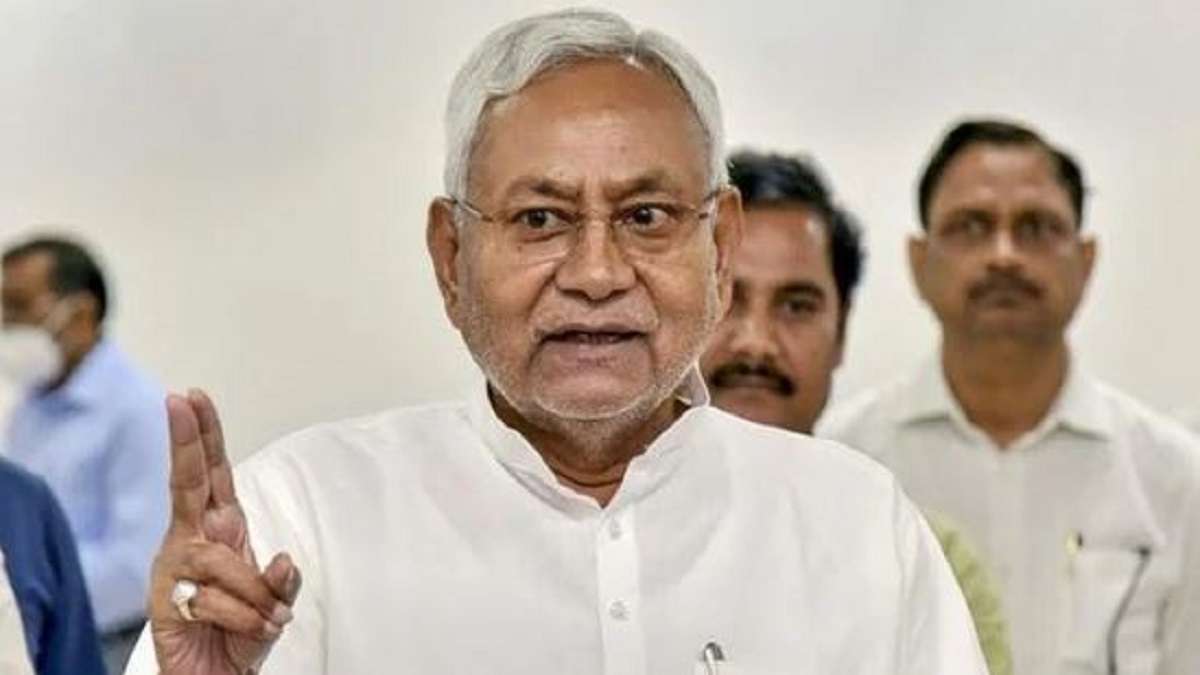 Nitish Kumar on Friday vowed that he would never ally with the Bharatiya Janata Party again. Speaking at the inauguration ceremony of an engineering college built at a cost of Rs 75 crore in Samastipur, the Bihar chief minister said he will work for the progress of the country along with Bihar.

Kumar hit out at the saffron party for targeting him since the split of the BJP-JD(U) alliance in August this year and alleged that the former ally is trying to create a conflict in the Mahagathbandan.

“BJP people keep talking nonsense. I had left Mahagathbandhan and joined the NDA (in 2017), but now I have returned. The BJP wants that the conflict among us should rise to such an extent that we become frustrated. The BJP is attacking me nowadays,” he said.

Recalling his relations with former Prime Minister Atal Bihari Vajpayee and other veteran leaders of the BJP, Kumar said, “They (BJP) have forgotten that Atal Bihari Vajpayee had become the Prime Minister in 1998. He had made me a Union Minister then. I was assigned three ministries. Lal Krishna Advani and Murli Manohar Joshi worked for the development of the country. Those sitting at the Centre today have nothing to do with development,” Kumar said.

He alleged that the BJP is working to create conflict in society.

“The BJP is working to create conflict in society. It has got nothing to do with the country’s progress. I will never ally with the BJP ever in my life. I will stay with the Samajwadis (socialists) and take the country forward along with Bihar,” the chief minister said.

“They lodged a case against Lalu ji, which caused me to sever my ties with him. Nothing came of it. And now when we are together again, they are lodging fresh cases. You can figure out the style of functioning of these people,” Kumar told the gathering, without mentioning the BJP by name.

Prasad was named in an IRCTC land for hotels scam a few years ago in which his son Tejashwi Yadav, then serving his first tenure as Deputy CM, was also named an accused.

This had unsettled Kumar, who sets many stores on his reputation for personal probity, and led to his return to the NDA.

The RJD president and his family members were recently charge-sheeted in another land for jobs scam, pertaining to Prasad’s tenure as railway minister in the UPA-1 government.

“So different were the leaders of the same party of the past like former Prime Minister Atal Bihari Vajpayee, in whose cabinet I had the privilege to work, and LK Advani who was then the Deputy PM. I have fond memories of Murli Manohar Joshi too who honored my request to upgrade my alma mater, the Bihar Engineering College, as a National Institute of Technology,” said Kumar.

“In contrast, those currently at the helm of affairs listen to nobody, and have scant respect for any person and his or her concerns. I want to assert that I will not go back to them as long as I am alive,” said the JD(U) leader, who had dumped the BJP two months ago over accusations of attempts to split his party.

Referring to the multi-party ‘Mahagathbandhan’ he has joined, which includes RJD, Congress and three Left parties, Kumar vowed “we are all socialists by conviction. We will remain together and work for the progress of the nation”.

After snapping ties with the BJP, the longest-serving chief minister of Bihar has become a strong votary of “opposition unity” and claims that it would ensure the defeat of the BJP, which at present appears formidable.

Earlier on October 11, Union Home Minister Amit Shah, while apparently targetting Nitish Kumar drew a parallel with the current politics in Bihar, saying JP never did anything for power and worked for principles all his life while “people who switched sides for power is Chief Minister of Bihar”.

“I ask people of Bihar – leaders who achieved heights through the JP movement are sitting in Congress’ lap for power; are you with them?” the home minister said.

Shah lauded JP Narayan and said he never did anything for power and worked for principles all his life.

“Today, people who switch sides for power are the Chief Minister of Bihar”, he added.

Amit Shah further added, “This is not the path shown by him (Jayparakash Narayan). He never did anything for power and worked for principles all his life. Today, people who switch sides 5 times for power are the CM of Bihar”.