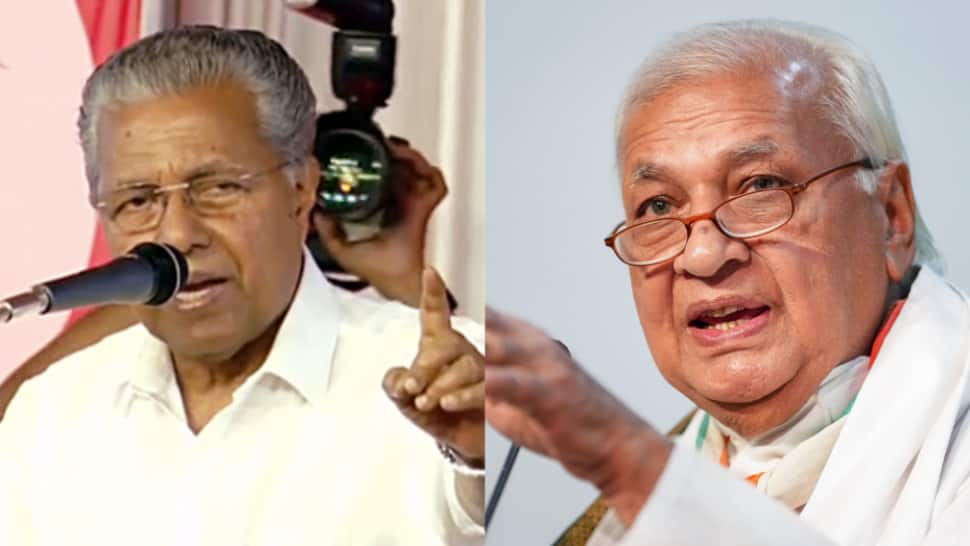 Thiruvananthapuram: Will not be scared off by ‘pippadividyas’ (tricks) while trying to improve higher education in the state, Kerala Chief Minister Pinarayi Vijayan said on Tuesday as the ruling LDF kicked off a state-wide two-day protest against Governor Arif Mohammed Khan’s recent moves against VCs of several universities. Speaking at an event here, Vijayan said there would be people who are intolerant towards the progress the state was making in improving the field of higher education and they may try to create hurdles in the path of the government.

“We will not run away scared or walk away in the face of such hurdles or obstructions, instead we will go ahead with our objective to strengthen the field of higher education in a time bound manner.

“People who cannot tolerate or accept the same are coming out with various ‘pippadividyas’ (tricks). I would like to tell them to keep the same to themselves,” the CM said.

At the event, he said protests will be held across the state on Wednesday also. He also said the state government was in the process of introducing new courses in the field of higher education to improve the knowledge base of the people and teach them skills according to the requirements of various employment opportunities in and outside Kerala.

“This way lakhs of people would be able to be gainfully employed in the coming years.”

Protest marches were held at various parts of the state, including some educational institutions, against Khan’s recent decisions to seek resignations of VCs of several universities in Kerala.

Earlier on Tuesday, State Higher Education Minister R Bindu said that she does not want an environment of conflict in the field of higher education and in universities, instead, she wants everyone to work together.

Senior Congress leader K Muraleedharan said the Governor’s decision would lead to disruption of exam schedules and delaying of results which in turn would hamper the options and opportunities of students to go outside Kerala for studies or employment.

He said that both the state government and Khan were at fault and have committed mistakes and they should, therefore, work on a solution together.

Muraleedharan said that the opposition has no role in the entire issue and that it was not supporting the Governor.

Meanwhile, Kannur University VC Gopinath Ravindran told reporters that there may be a ‘political motive’ behind creating a crisis in the higher education field in the state like this.

He also said that the person who made the appointments should be answerable for any illegalities or incorrectness in the same.