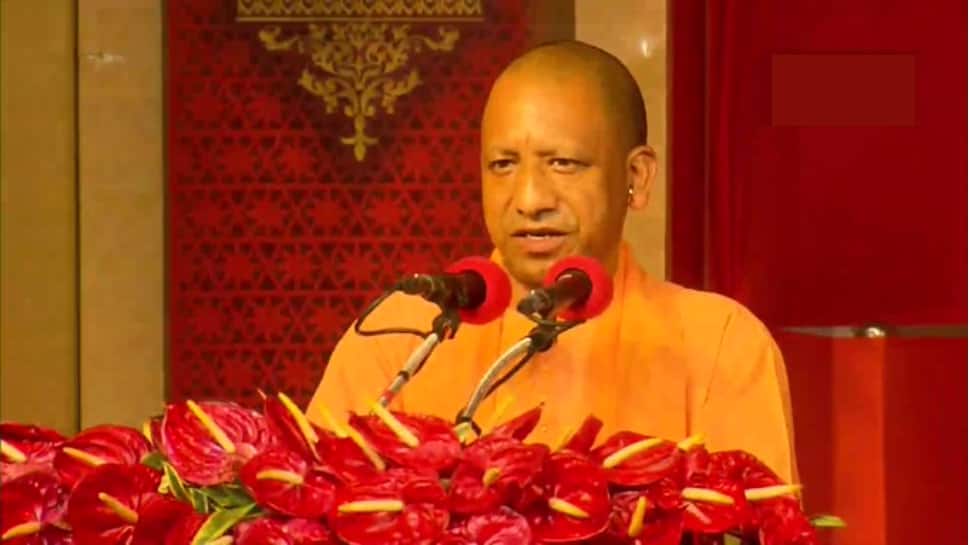 Ayodhya: Uttar Pradesh Chief Minister Yogi Adityanath during Prime Minister Narendra Modi`s historic Ayodhya visit on Sunday (October 23, 2022), criticized the previous governments for “abandoning” Ayodhya for their “sick politics”. Addressing the gathering, the Chief Minister said, “Deepotsav of Ayodhya was started six years ago under the guidance and inspiration of Prime Minister Narendra Modi. This festival of Uttar Pradesh has today become a festival of the country. A grand celebration of the sixth edition of Deepotsav is being held in Ayodhya, which is touching `new heights of success’.”

#Deepotsav of Ayodhya started 6yrs ago with the guidance & inspiration of PM Narendra Modi. This festival of UP became a festival of the country. Today, it is touching new heights of success: Uttar Pradesh CM Yogi Adityanath, in Ayodhya pic.twitter.com/Oqg1znz19D
— ANI (@ANI) October 23, 2022

“A city, which Lord Shri Ram himself has called `glorious` (Janmabhoomi Mam Puri Suhavani, Uttar Dish Bah Saryu Pavni)`, can never remain abandoned for so long. Deepotsav is now recognized as a significant celebration honouring the resolve of Ram Rajya”, he added.

Prior to the Deepotsav event on Ram Ki Paidi, the symbolic coronation program of Lord Shri Ram was organized in Ramkatha Park, in the presence of Prime Minister Narendra Modi, Governor Anandiben Patel, both the Deputy Chief Ministers of Uttar Pradesh Brajesh Pathak and Keshav Prasad Maurya along with officials of Shri Ram Janmabhoomi Teeth Kshetra Trust and a large number of saints.

“Today, the entire city of Ayodhya is celebrating the arrival of Lord Shri Ram as well as Prime Minister Narendra Modi, who has realized the dream of Ramrajya in India through his resolve for the all-round development of the country and its people,” CM Yogi said.

Stating that a state where there is no room for misery and pain is defined as `Ram Rajya` and the same is being witnessed by the country under the able leadership of the Prime Minister. The CM recited couplets of Goswami Tulsidas, “Daihik Daivik Bhautik Taapa, Ramraj Naahi Kaahun Vyapa”, which means in the kingdom of Rama, there was no disease, no divine wrath, and no calamity.

The Chief Minister said that Prime Minister Narendra Modi is a politician who has imbibed the ideals of Maryada Purushottam Lord Shri Ram and has been working dedicatedly for the last eight and a half years to realize the vision of Ram Rajya in the country.

“During the pandemic, the 135 crore Indians received free treatment, free vaccine, and free test while free ration was provided to 80 crore people without any discrimination. The schemes of the government are reaching every section of society including housing, toilets, electricity connections, and the Ayushman Bharat yojana among others. Yesterday itself the PM launched a program to provide jobs to about 10 lakh youths of the state,” he said.

The CM went on to say that India has witnessed massive infrastructure growth under the leadership and guidance of Prime Minister Narendra Modi. Yogi Adityanath said, “The double-engine government is working for the welfare of every section without discrimination.”

The Chief Minister added, “Today, a grand Shri Ram temple is being constructed in Ayodhya, as well as the grand Dham of Lord Vishwanath has been built in Kashi. The rejuvenation work of the `Char Dhams` of Uttarakhand being carried out gives a feeling of pride to every Indian.”

He further remarked, “Today the revival of Vindhyavasini Dham through the construction of a corridor is going on a war footing. Ramayana circuit, Krishna circuit, Buddhist circuit, or restoration work of Shakti Peethas across the country is going on under the leadership of PM. All these are attempts to honor India`s rich heritage.” The government of Prime Minister Narendra Modi is aiming to advance India`s development in line with Lord Shri Ram`s objectives, he concluded.