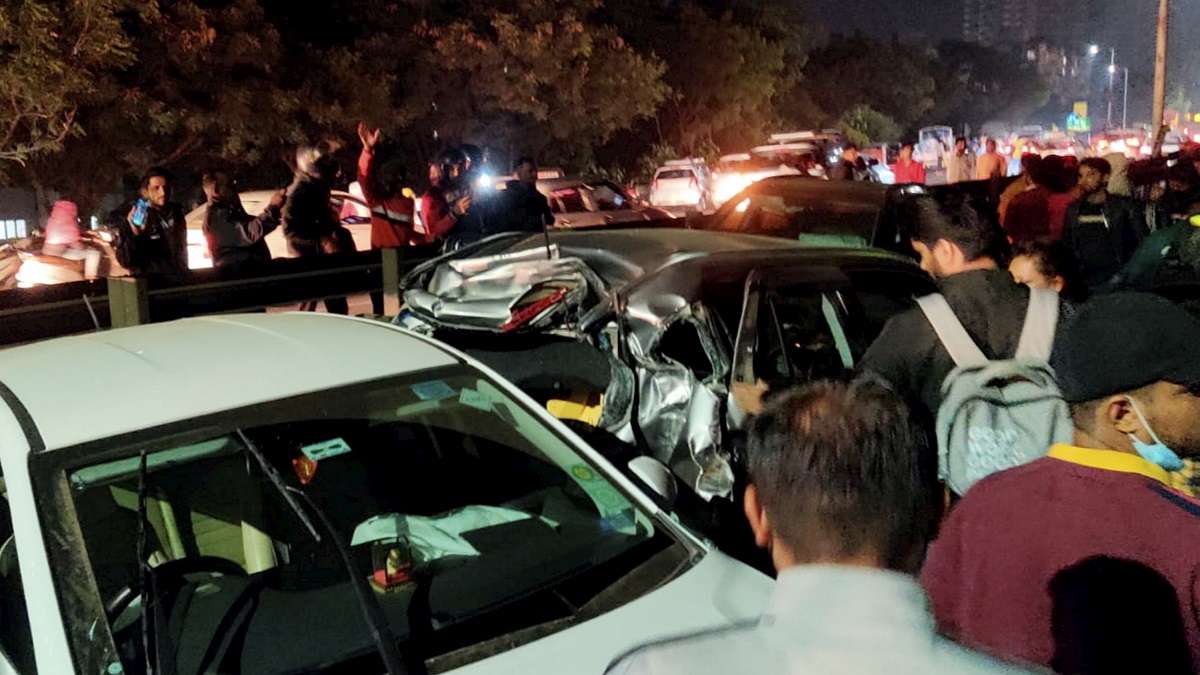 Pune highway pileup: At least 48 vehicles were damaged on the Mumbai-Bengaluru highway, late on Sunday evening, after a truck lost control on the downward slope of a bridge, a police official said.

Out of the 48 vehicles, only 24 were severely damaged while the rest had suffered minor injuries, the Pune police said. They further added that the driver of the truck is currently absconding, but the police have strong evidence to nab him. According to the officials, the accident took place on Navale bridge due to a suspected brake failure of the truck when it was moving towards Pune.

At least 10 to 15 people had received minor injuries while six to eight people had to be shifted to a hospital for treatment, he added. “The truck hit some vehicles on the road due to suspected brake failure and at least 24 vehicles, including the truck, suffered damages in the incident. While 22 of these vehicles were cars, one was an autorickshaw. Fortunately, there is no loss of human life in the accident,” Suhel Sharma, Deputy Commissioner of Police (Zone III) said.

The damaged vehicles are being removed from the road and traffic on the route will be cleared after some time. Meanwhile, a fire department of the Pune Metropolitical Region Development Authority (PMRDA) claimed that at least 48 vehicles were damaged in the incident, including those that suffered minor damage.

“Several vehicles crashed in an accident involving a tanker at Navale Bridge in Pune. As soon as the information about this accident was known, immediate instructions are given to find out the exact cause of the accident,” Tweeted CM Shinde.

A man, whose car was damaged in the accident, said that the speeding truck first rammed into some of the vehicles on the road, which in turn hit some other vehicles. “Our car was also hit. We were four people in the vehicle and fortunately, nothing happened to us as the airbags opened, but we saw that several vehicles around us on the road were badly hit,” he said.

(With inputs from agencies)