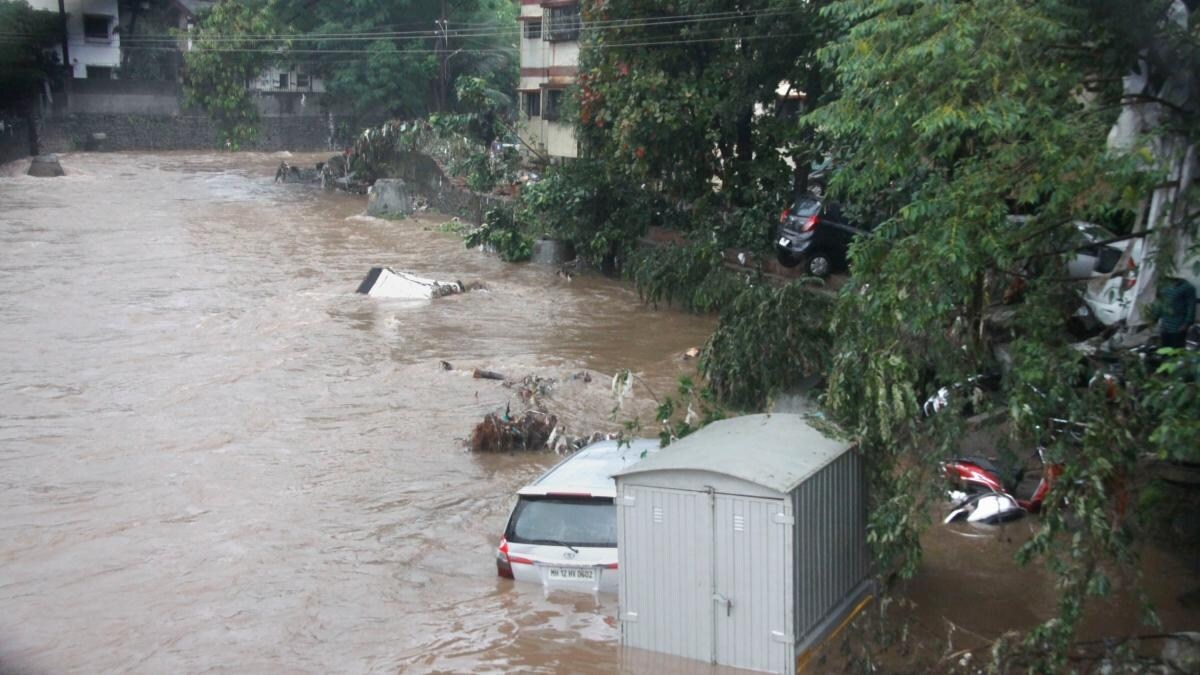 Pune: Heavy rains lashed several areas in Pune city in Maharashtra on Monday with the Shivaji Nagar area receiving around 81 mm of rainfall in just a couple of hours, as per the Met department.

According to Fire Brigade, water gushed into several areas and a wall collapsed in the Parvati locality. As many as 12 people were rescued as severe water logging was witnessed in many areas.

In some low-lying areas, vehicles were submerged in rainwater.

Ten areas in four districts in Maharashtra’s Marathwada region received rainfall in excess of 65 millimetres, an official said on Monday.

He said Gangamasla circle, located in Majalgaon in Beed district, led with 79.75 millimetres of rainfall on Sunday, followed by 70.75 mm in Pirbawda in Aurangabad.

“In Beed, apart from Gangamasla, 66.50 mm of rainfall was recorded in Nandurghat (66.50 mm). Keshegaon circle of Osmanabad received 66.25 mm of rainfall on Sunday,” the official said.

In neighbouring Goa, at least 40 tourists were stranded near Dudhsagar waterfall after a small bridge on the Mandovi river got washed away due to a sudden rise in the water level following heavy rains. All tourists were rescued by the lifeguards appointed by the state government, officials said on Saturday.

The incident occurred on Friday evening when incessant rains pounded the state.

“At least 40 tourists who were stranded near Dudhsagar waterfall after a small bridge on the Mandovi river got washed away due to a sudden rise in the water level as a result of heavy rains. The tourists got stranded on the waterfall side,” a senior police official said.

The visitors could not cross the river through the gushing waters on their own in the absence of the bridge, he said, adding that the state-appointed lifeguards evacuated them.

The picturesque Dudhsagar waterfall, situated on the Goa-Karnataka border, attracts a large number of tourists.

Visit to this waterfall was stopped at the start of the monsoon season, but it was opened for tourists earlier this week.

CM Sawant congratulated the lifesaving agency for rescuing the tourists.

In a tweet, he said, “The River Lifesavers rescued around 40 guests stuck at Dudhsagar waterfall due to turning of crossing bridge where water level increased due to heavy rainfall.

(With inputs from agencies)