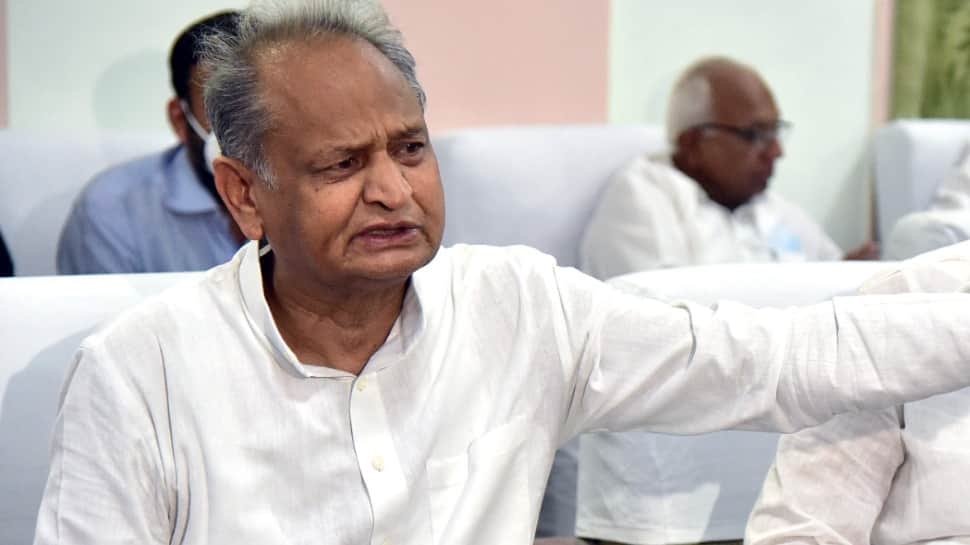 New Delhi: The Rajasthan political crisis on Sunday (September 25, 2022) deepened with several Congress MLAs, loyal to Ashok Gehlot, submitting resignation letters over a possible move to appoint Sachin Pilot as the next Chief Minister. The loyalists headed to Speaker CP Joshi’s home after a long meeting in the evening at minister Shanti Dhariwal’s residence, saying they were resigning as MLAs. They claimed that over 90 MLAs went to Joshi’s home. Congress currently has 108 MLAs in the House of 200. There, however, was no official word from the Speaker’s office on the resignation letters.

Late at night, there were efforts by Congress observers Mallikarjun Kharge and Ajay Maken to persuade Gehlot loyalists to meet them one on one, if not as part of the planned MLAs’ meeting.

The loyalists reportedly have put forth three conditions. They wanted the decision on the next Rajasthan chief minister to be left till the Congress organisational election is over and stressed that Gehlot should have a say in picking the new CM, who should be someone who stood by the veteran leader during the rebellion by Sachin Pilot supporters in 2020.

“We have submitted our resignation and are now going home. The MLAs want that any decision on the CM’s post should be taken only after the election of the party’s national president,” minister Govind Ram Meghwal said.

The loyalists said the views of MLAs should be taken into account.

It is noteworthy that Ashok Gehlot and Sachin Pilot were at loggerheads over the chief minister’s post soon after the Congress won the Rajasthan Assembly elections in December 2018. The high command then chose Gehlot as the chief minister for the third time while Pilot was made his deputy.

Subsequently, in July 2020, Pilot along with 18 party MLAs rebelled against Gehlot’s leadership and plunged Congress in Rajasthan into a crisis.

ALSO READ | Ashok Gehlot to contest Congress presidential poll but who will be next Rajasthan CM?

The aborted Congress Legislature Party (CLP) meeting was seen as a crucial step ahead of Gehlot filing his nomination for the Congress president’s post, amid speculation that Pilot will take his place in the state.

Gehlot, seen by many as a reluctant candidate for the top party position, initially appeared unwilling to give up his CM’s post. Later, it was speculated that he would rather see CP Joshi — or anyone else — as Rajasthan CM rather than Pilot.

Meanwhile, there are reports that Congress interim president Sonia Gandhi has directed Kharge and Maken to conduct one-on-one talks with miffed Rajasthan MLAs to resolve the issue. Both the observers are likely to meet around 90 MLAs who have tendered their resignation to Assembly Speaker.

“We are not going to Delhi at the moment, we have been instructed by Congress interim president Sonia Gandhi to conduct one-to-one talks with Rajasthan Congress MLAs. We will meet them tonight,” Maken told ANI.

You too should resign: BJP attacks Rajasthan CM Ashok Gehlot

The Opposition Bharatiya Janata Party (BJP) has also hit out at Rajasthan CM Ashok Gehlot and asked him to resign. The saffron camp also called the ruling Congress the “government of camps” and hinted at the imposition of the President’s rule in the state.

“The current political situation in Rajasthan is pointing towards President’s rule. Chief Minister @ashokgehlot51, why are you doing drama? Why is there a delay after the cabinet has resigned? You too should resign,” Deputy Leader of Opposition Rajendra Rathore tweeted in Hindi.

BJP state president Satish Poonia also said that the trends for 2023 assembly elections have started showing in the state.