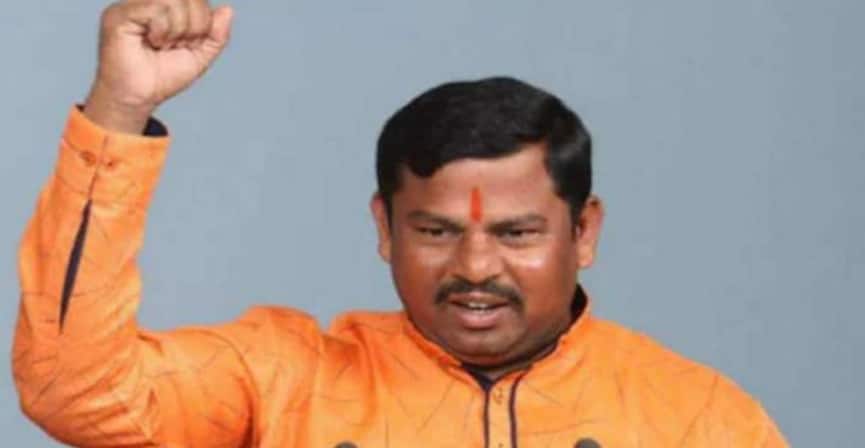 Hyderabad (Telangana): The wife of suspended BJP leader T Raja Singh has filed a petition in Telangana High Court challenging the Preventive Detention Act (PD Act) invoked by the Hyderabad City Police against her husband after he was arrested for his remarks on the Prophet last month. The High Court has accepted the petition filed for immediate hearing into the matter, said an ANI report.

“It is submitted the present detention order came to be passed only to satisfy a section of people who are not public at large and this appears to have been only appease them and not for any other reason,” ANI quoted Usha Bhai, wife of Raja Singh, as saying in her petition.

Raja Singh was booked under the PD Act and sent to Cherlapally Jail on August 25. According to the police, 101 criminal cases were registered against the suspended BJP leader, who was “involved in 18 communal offences”.

Earlier on August 25, the police said, “T Raja Singh has been detained under Act No.1 of 1986 on August 25 i.e. P.D Act as per the orders of the Commissioner of Police, Hyderabad City,” adding that Singh has been “habitually delivering provocative and inflammatory speeches” and “driving a wedge between communities leading to public disorder”.

Referring to the video released by Singh on YouTube, the police said that the protests erupted in different parts of Hyderabad City and other parts of Telangana after the video went viral, and “drove a wedge between communities and disturbed the peaceful nature of Hyderabad and Telangana State”. In a release, it further said that the detainee commented “very blasphemously against Prophet Mohammed and his lifestyle”.

Notably, the BJP suspended Raja Singh and stated that the MLA’s remarks were against the party`s line. Raja was earlier taken into custody on August 23, but he was released after a Court order. The FIR was registered against him at the Dabeerpura Police Station under sections 153(A), 295, and 505 of the Indian Penal Code.

What is Preventive Detention Act?

Preventive detention refers to taking an individual into custody who has not committed a crime but authorities believe that he may be a threat to law and order. Raja Singh was taken into custody but was released after a Court order.

The grounds for Preventive detention include Security of state, maintenance of public order, maintenance of supplies and essential services and defence, foreign affairs or security of India. Under the Constitutional provisions, Article 22 grants protection to persons who are arrested or detained. The detention is of two types, punitive and preventive.

Under the Preventive Detention Act, also known as PD Act, the police invokes this law against habitual and notorious offenders to keep them locked in jail for a period of one year. The suspended BJP MLA is currently lodged in Central Prison, Cheriapally, Hyderabad.