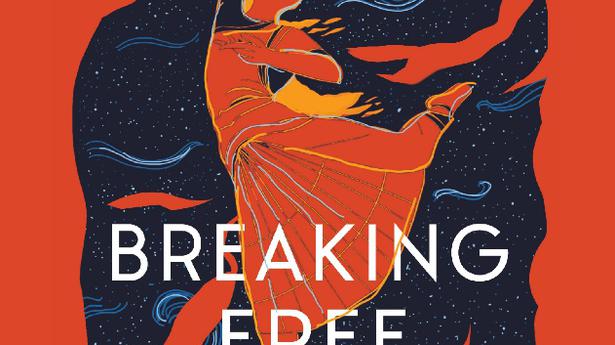 Breaking Free by veteran Tamil journalist-writer Vaasanthi is an inter-generational saga. The story goes back and forth between pre-Independence days and the present. It looks at a time when devadasis, the women who were ‘married off to god’, were the custodians of classical dance and music.

They got grants and land from the temples they were attached to. Over time, as temples lost much of their wealth, the devadasis had to depend on the patronage of rich men for their livelihood.

Breaking Free’s two protagonists are from the devadasi community. Kasturi is a superb dancer who cannot think beyond her art. She comes alive when she performs in front of the deity. Trained to dance from childhood, she outshines everybody in her class. Her friend and neighbour Lakshmi, although from the same community, does not like dance or music. She is forced to take classes with the other girls.

Vaasanthi brings these classes under a dictatorial dance master alive. “The practice of adavu was very important. If any girl slipped up, the master’s stick would be hurled with perfect aim at her ankle. The pain at the moment could not be adequately described in words, only in tears.“

Lakshmi has had enough of this pain. She despises the devadasi system and the humiliations the women have to suffer. She convinces her father, a rich landlord who sneaks in each night to be with her mother, to let her go to school. Subsequently, she manages to go to Madras for higher education and becomes a doctor. Although she meets Kasturi whenever she returns home to visit her mother, they drift apart.

Kasturi follows tradition without realising that the only life she has known will soon come to an end. She stoically accepts the patronage of the local Raja, an arrangement made by her mother. Times are changing, and soon the freedom movement and Mahatma Gandhi enter Kasturi’s world too. She falls in forbidden love with a lower caste man who plunges headlong into the freedom struggle.

Lakshmi moves up in life to become a member of the Assembly and puts an end to the devadasi system. This shatters Kasturi and her life takes many tragic turns. Lakshmi’s character is loosely based on Dr. Muthulakshmi Reddy, who introduced the Devadasi Abolition Bill in the legislature.

Running through the chapters, there is also the story of a young woman, an academic in an American university, who has come to spend time with her father in Kodaikanal. Her mother died two years ago by apparently jumping into the lake. The daughter finds it difficult to believe that her mother could have killed herself and begins digging into her roots.

Always socially conscious, Vaasanthi weaves in various issues that affected Tamil society of a bygone era, in a seamless manner.

Breaking Free is not only thought-provoking but also highly readable. N. Kalyan Raman has done a great job with the translation.

The reviewer is a Chennai-based journalist and author.