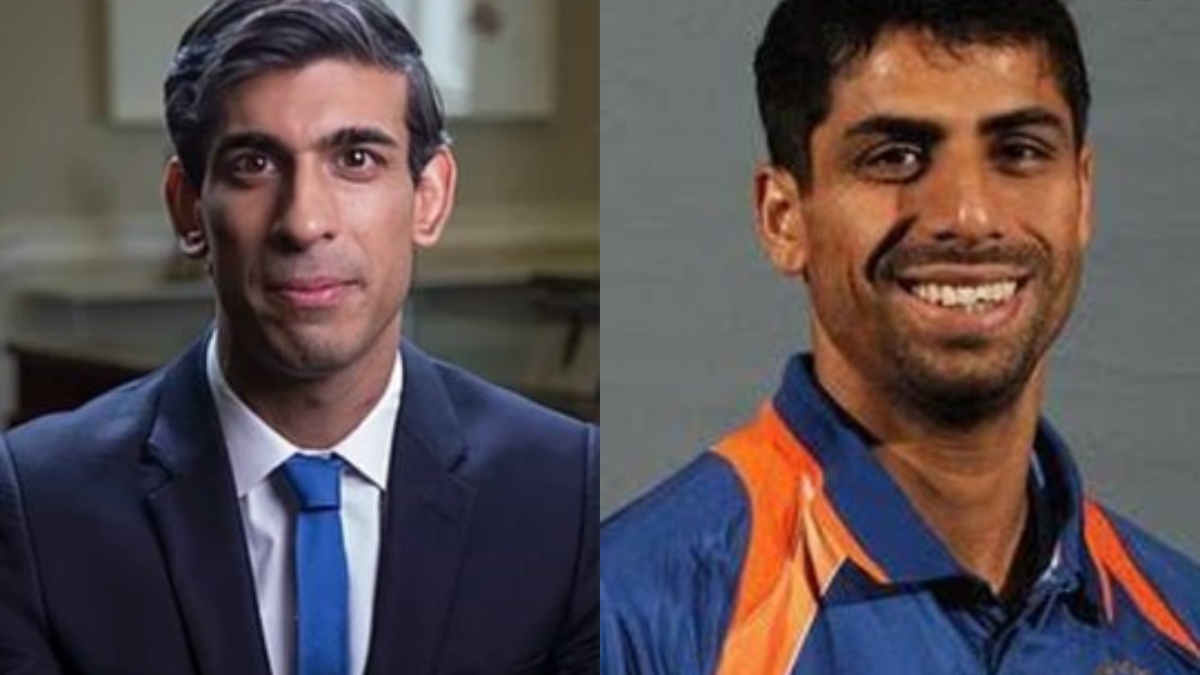 Rishi Sunak created history by becoming the first Indian-origin Prime Minister of UK. His crowing moment was all the more special as it coincided with Diwali celebrations in India and elsewhere. Social media has been flooded with congratulatory messages for Sunak and many are terming his election as “astounding” and “ground-breaking”. Meanwhile, a section of social media users have found similarities between him and Indian cricketer Ashish Nehra and shared side-by-side pictures of them as proof. It is really fascinating how Sunak and Nehra resemble each other, looks-wise.

After Rishi Sunak was elected as UK PM with a comfortable lead against the opposition leader, his pictures started circulating online. As they did, many netizens commented that he resembled Indian cricketer Ashish Nehra. Some even drew comparisons between Sunak and Bollywood actor Jim Sarbh. Without a doubt, Sarbh and Nehra do resemble Sunak. Hilarious comments started to flood social media with many saying that ‘Ashish Nehra has been elected UK’s PM’.

After Sunak’s victory in the UK elections, Ashish Nehra started to trend on Twitter. Commenting on how closely Sunak and Nehra resembled each other, a Twitter user said, “Well done Ashish Nehra on becoming the next UK Prime Minister. Bring ‘IT’ home. #Kohinoor #RishiSunak (sic).” Another commented, “Rishi Sunak and Ashish Nehra seem to be brothers who were estranged in Kumbh Ka Mela (sic).” Check out more funny reactions here.

Rishi Sunak is the UK-born son of Indian-origin general practitioner father Yashvir and pharmacist mother Usha. He had spoken extensively of his migrant roots during the last campaign. He also has two daughters Anoushka and Krishna.