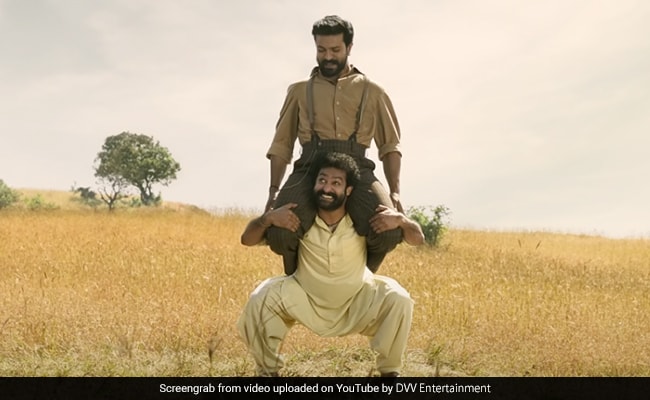 Hollywood filmmaker JJ Abrams gave a rich tribute to RRR director SS Rajamouli as he hosted the blockbuster movie’s special screening in Los Angeles’ the Chinese Theatre. The official Twitter handle of RRR shared videos from the recent film screening event and in one of the clips, Abrams is seen talking highly about the movie, calling it a “fever dream madness”. “I love its exuberance, friendship… I love the music, I love the insanity, the fever dream madness of this movie. It’s more fun to watch this movie in a theatre than any other film.

“It’s so wonderful and it’s a privilege to introduce the man himself,” JJ Abrams said as he introduced Rajamouli to the audience members.

To the crowd present inside the theatre, Rajamouli said, “To everyone who hasn’t seen the film, I apologise on behalf of those who have seen the film. They’re a rowdy bunch.” Starring Ram Charan and Jr NTR, RRR has turned out to be a megahit in the US where prominent names from Hollywood have expressed their excitement over the movie.

The Hindi version of the film premiered on Netflix on May 20, 2022 and soon became the most popular movie from India on the streamer globally.

The makers of RRR are currently gearing up for the Hollywood award season where its distributor Variance Films has mounted a substantial campaign to have the film recognised in the general categories at various ceremonies.

The movie is already under Oscar consideration after the film’s hit track Naatu Naatu made it to the 95th Academy Awards shortlist for best original song, along with 14 others. The nominations for the Oscars will be announced on January 24.

And last week, the movie made it to the BAFTA longlist for Film not in English Language category.