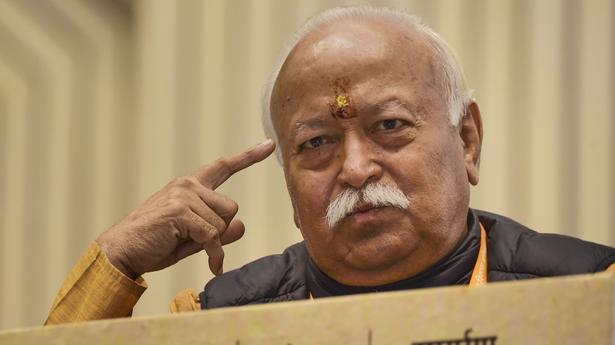 The closed door meeting at Kasturba Gandhi Marg mosque lasted for more than an hour.

According to RSS functionaries who spoke to  The Hindu, Mr. Bhagwat has been meeting people from various sections of society in every city he goes.

Earlier, at a recent closed-door meeting in the national capital with representatives of the Muslim community, asked them to clear their stand on cow slaughter. He also questioned the use of terms such as ‘  kafir’ (non-believer) and ‘jihad’ (holy war) against Hindus and suggested that they be avoided.

(With inputs from the PTI)