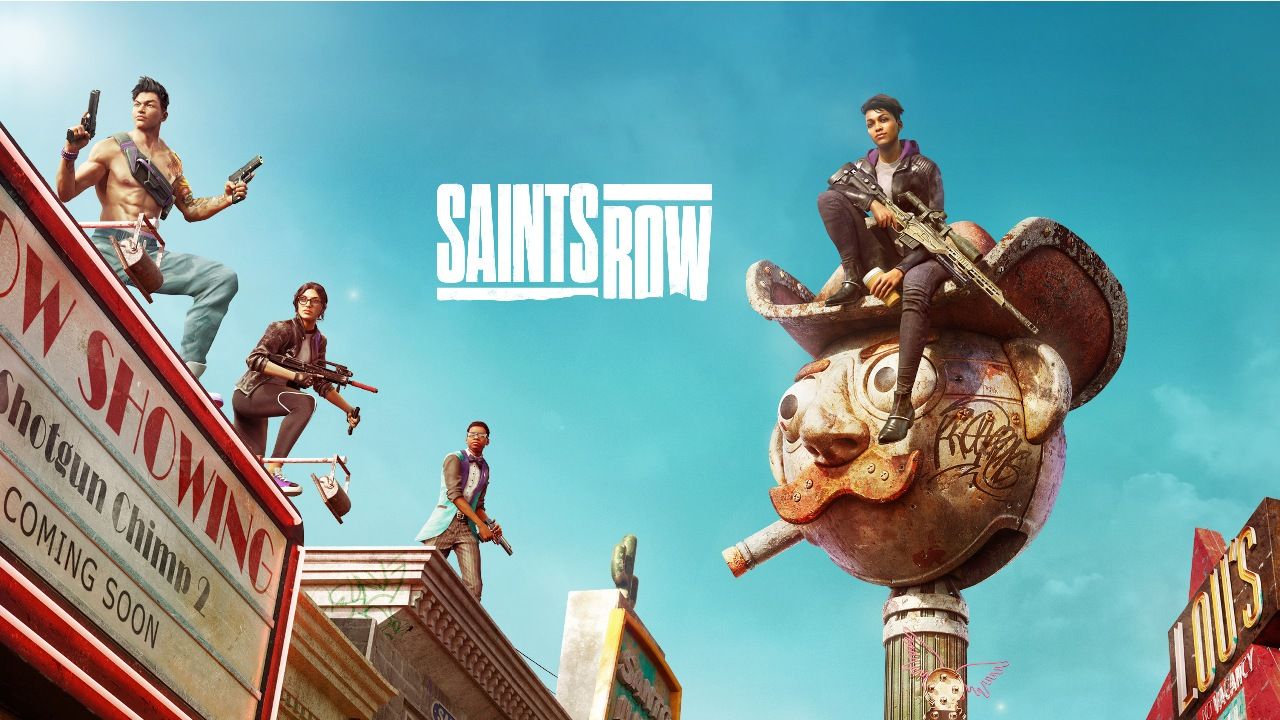 Saints Row is here after a long wait, 9 years since Saints Row IV, one since Saints Row the Third, and 7 years if you count Saints Row Gat Out of Hell released. It is a sandbox game of shooting, driving, and mainly shooting. The Saints Row IV used to be mind-boggling with the themes like alien invasion, time travel, etc. but compared to that, the new game is just plain and simple. There are still some good missions like LARPing, Prison Break, etc., but it is nothing compared to some of the ridiculous missions of the old ones.

The new Saints Row game graphics are nothing compared to the Next-Gen games. The cartoonish graphics fit the gameplay but are not visually pleasing. We played the game keeping Ray Tracing as High, but there were very few differences in the quality. The ray tracing does not work in many areas as there are not many reflecting surfaces, but even near glass and water, the reflection is not very Next-Gen. Except for the ray tracing option, the graphics really feels good for a not-so-serious shooting game with funny finishers (in one of the finishers, we killed the enemy by slapping the face).

The story takes place in a fictional city Santo Ileso where you with your 3 best friends rise to create a criminal empire under the name “The Saints”. You start as a corporate employer, but by the end of the game, you will have created a whole criminal empire in the city by taking over almost all the places and gangs on your own turf. Alongside main missions, there are a ton of side and character missions. 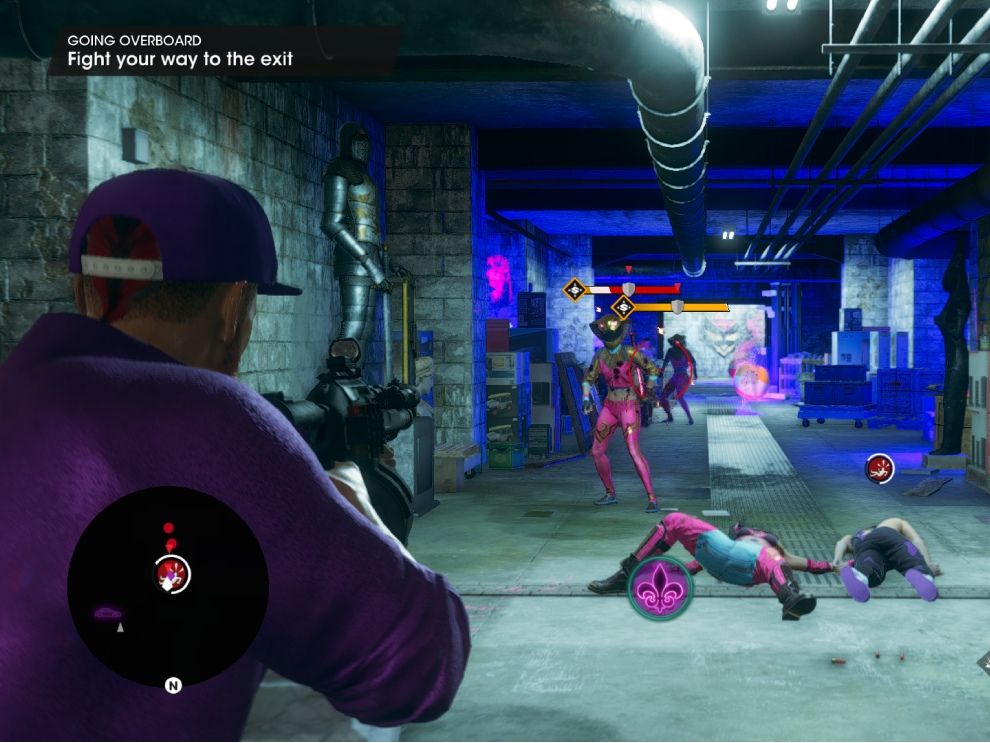 The main story is of building the criminal empire from scratch along with your friends by establishing various ventures and murdering everyone who stands in the way (most of the time). The character missions when completed, provide some background story to your NPC friends better and improve their stats along with the weapons they carry.

To grow the criminal empire, various ventures need to be established that get unlocked as the main story progresses. These ventures provide a good source of income according to the number of missions completed. There is a venture that will provide some unique weapons after its completion that can be used at any time, like a flying skateboard, a gadget that can shoot through walls, etc. There is also a good old insurance scam venture. There is another new and unique mission in form of LARPing venture. Here, you dress as a warrior and fight waves of enemies through fake guns, actions, and sounds. Whereas some of the ventures have just normal/plain missions like stealing a truck after defeating some enemies; towing the enemy’s vehicle; delivering acids in a set amount of time, etc.

To establish all the ventures, a lot of money is required. Even to complete all the (main) missions, a set of conditions must be met to unlock the mission and start playing. These conditions are to establish and complete several ventures (min 6). At the start, the money to establish ventures is small, but as the story progresses, the money requirement becomes huge. A total minimum of 20 million is required to complete all the missions in the Mission App. Finding money is hard as you will only get a few hundred from defeating the enemies, so the most efficient way would be to complete the side ventures that generate cash according to the number of missions completed. Criminal Ventures can generate around 1-1.5 million in an hour, which helps a lot. 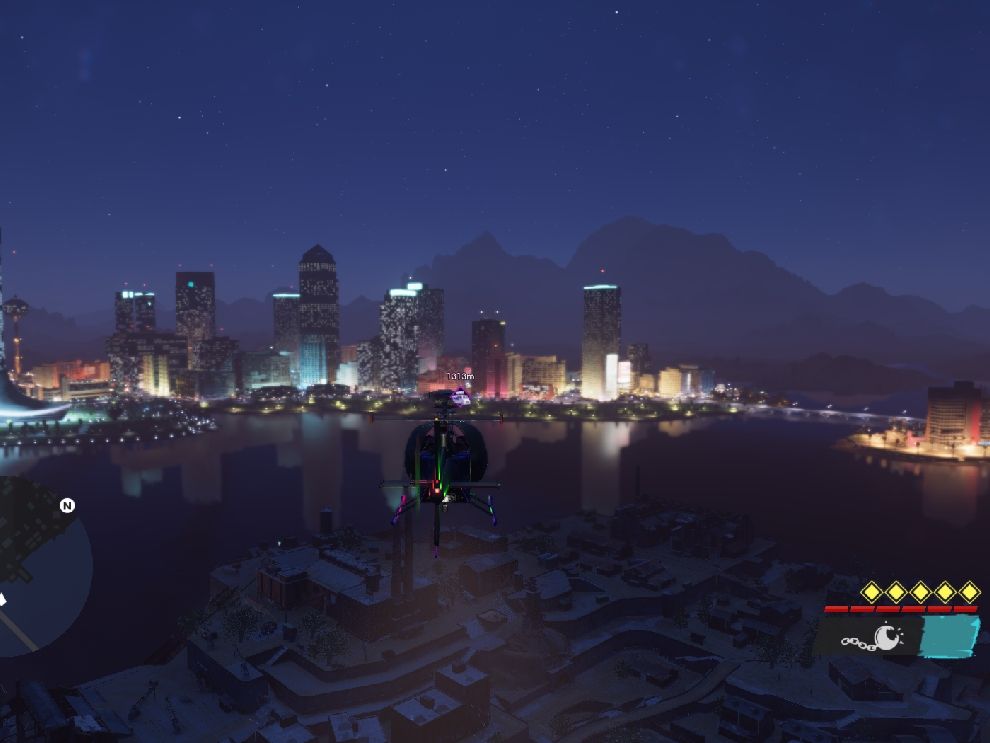 There are a lot of repetitive missions most are just shooting the way forward. This also becomes difficult as there is no way of blocking the attacks. The health bar can be filled by performing Finishers like DOOM, and the weapon ammo is filled by defeating enemies. Most of the things in the city can be destroyed either by your hands, weapons, or vehicles. The distance between the start of the mission and your position is too big, and fast travel cannot be used in the middle of the mission; due to this, installing Nitro in the vehicle is one of the quick ways to travel between points.

There are a lot of challenges in the game that provide several mods to the player and to the vehicles. Completing vehicle challenges adds a special ability, and each vehicle has a different ability. In one of the cars, the signature ability was to jump, and another released knives near the tires. The player mods are also good, which provide resistance to fire, the ability to crouch, sprint faster, etc. There are also a lot of player abilities that get unlocked as the player level increases. Only 4 of these abilities can be assigned at a single time, and each ability takes a good amount of flow that gets replenished as you murder everyone.

There are not many enemy varieties. For the entire game, I found only 4 types of enemies. First is the normal enemy; Second is the normal enemy with some armour (more bullets); Third is the enemy with chains that can avoid bullets; Fourth, and the final one is a ghost type that can create virtual duplicates of itself. Even mini-bosses are like type 2 with a little tough armour and strong weapons.

Gameplay and variety of missions aside, there are a ton of bugs in the release. We played the version with the Day-1 patch, and it still had so many bugs. Some of them are minor bugs like a car going inside the wall, characters bumping into each other while speaking, etc.

There are some big bugs in the middle of the missions, which made us restart the mission, and sometimes the game just crashed. In one of the car chase missions, the enemy vehicle should be behind us, and a lot of bullets need to be fired to make it stop. But a few times, the enemy vehicle gets automatically transported to the front of my vehicle, and the car gets destroyed, and the mission failed is shown. This happened 2-3 times, and we had to restart the car chase seen again and again to complete it. In another mission, after taking 20-30min to complete, at the final scene, the game suddenly crashed, and I had to repeat the same mission 3 times to make finally complete it. 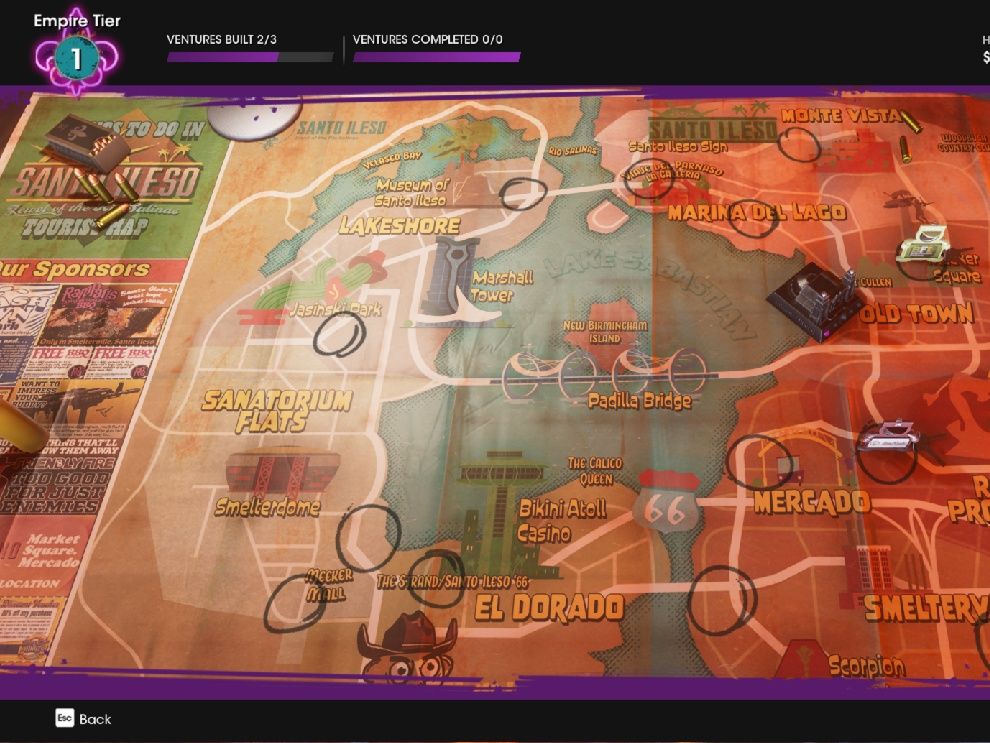 In another mission, the enemies kept on coming in waves, and a place needed to be defended, but after a few waves, the final wave got stuck at a long distance, and when we tried to go near, it just showed “Leaving the Mission Area” and had to restart the checkpoint to complete. This same problem appeared in several of the missions, and I had to get creative to complete those parts. 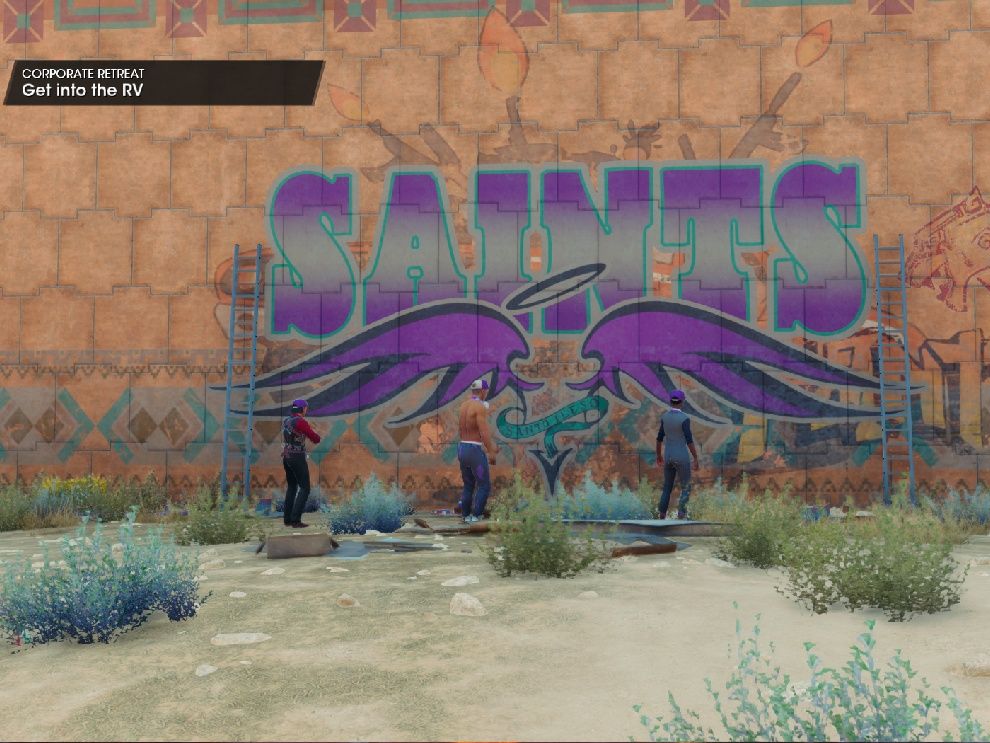 Saints Row is great when it sets you to lose just to murder everyone and the ability to customize your own look and the vehicles in the garage. But after spending 25 hours in the game, it just does not have the same effect as the other games in the series did. There are many repetitive missions, and the bugs do not help it in any way. There are some senses of humour that made me laugh, but it is not something that we would like to replay whenever we have free time.