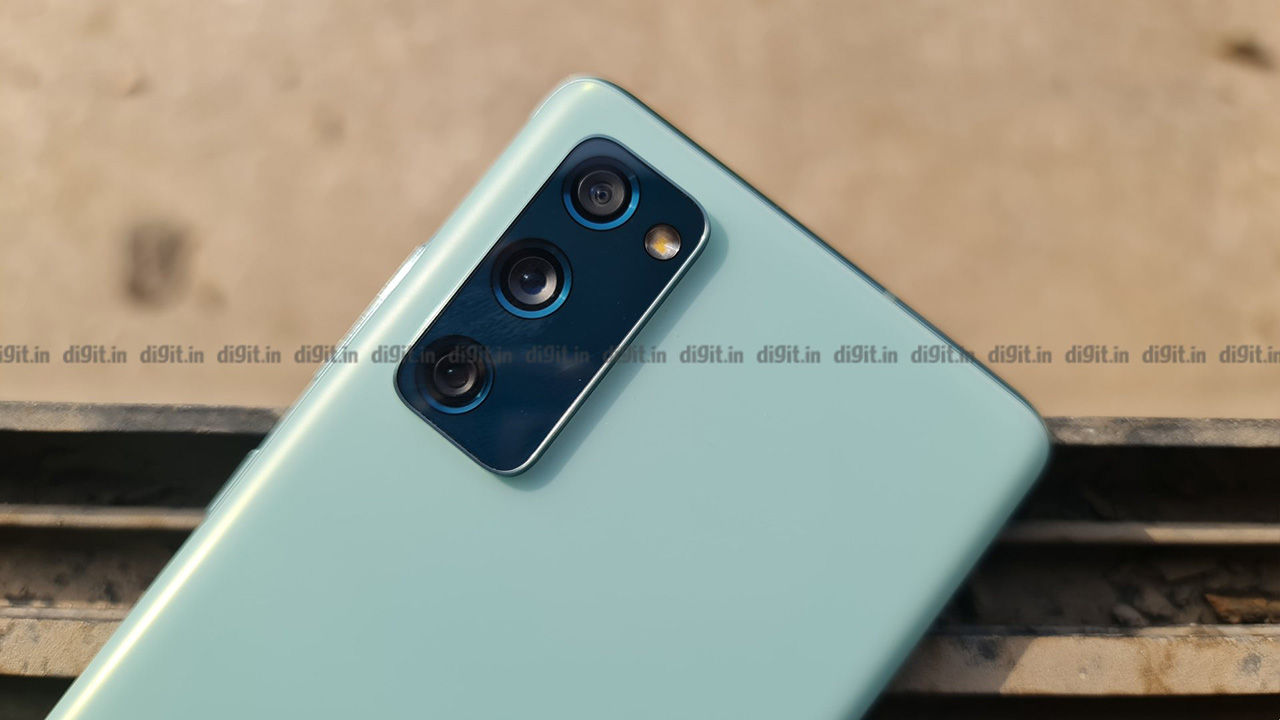 Over the last few weeks, we’ve seen the launch of a number of affordable flagships in the market, with Vivo, OnePlus and Samsung launching offerings under the Rs 50,000 segment in the country. All these devices offer premium designs, flagship-grade hardware, powerful cameras, and a rich feature list to differentiate them from the crowd.

While we’ve had the chance to review the OnePlus 9 and Vivo X60 Pro devices in the past, it’s now time to turn our attention to their prime competitor, the Samsung Galaxy S20 FE 5G. The phone appears to have been launched as an upgrade over the 4G variant of the device that was announced last year. Unlike the 4G variant of the S20 FE that came with an Exynos 990 SoC, the new 5G variant of the phone uses Qualcomm’s Snapdragon 865 chipset. This not only makes the new phone 5G ready but also a more powerful device overall. Read on to know if these upgrades make Galaxy S20 FE 5G worth a buy.

Since we’ve already talked about the chipset of the device, and how it’s the one big upgrade over the 4G variant of the Galaxy S20 FE, it only makes sense for us to talk about the full specifications and the overall performance of the device.

The core hardware sees Samsung pair 8GB of LPDDR4X RAM and either 128GB or 256GB UFS 3.1 storage with the above-mentioned Snapdragon 865 SoC. This chipset was launched towards the end of 2019 and was later used in a number of flagships next year. While not the latest flagship chipset from Qualcomm, the Snapdragon 865 is still quite powerful an SoC, which is fabricated using TSMC’s 7nm manufacturing process and promises impressive performance using its 8-core CPU and the Adreno 650 GPU. While the GPU features a much simpler architecture, the CPU comprises of one ARM Cortex-A77 Prime core clocked at 2.84GHz, three Cortex-A77 cores clocked at 2.42GHz, and four ARM Cortex-A55 cores clocked at 1.8GHz.

Working in tandem, the processor, the LPDDR4X RAM and fast UFS 3.1 storage offer enough power to provide a smooth experience while using the phone. As we found out, be it multitasking, apps of daily use, or even heavy-duty games, the powerful hardware of the device is good for all day-to-day tasks. We did not notice any micro-stutters or lags while using the device and even playing demanding games, the device did not disappoint as it ran titles such as Call of Duty Mobile and Asphalt 9 Legends without any troubles. 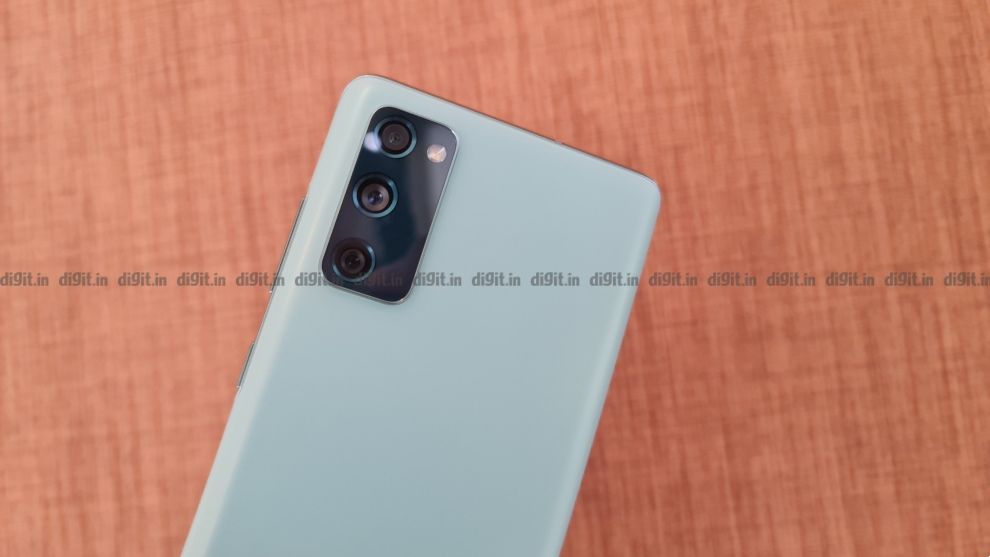 In fact, the gaming performance of the device was so impressive that it even put more powerful phones to shame. And if you need proof, then sample the results thrown up by Geekbench while testing the gaming performance of the device. The game benchmarking service revealed that the S20 FE 5G clocked up a high median FPS of 59 frames at the stability of 100 per cent while playing Call of Duty Mobile. And when we switched focus to Asphalt 9 Legends, the phone performed even better as it managed to run at 100 stability at a median FPS of 60. Achieving such high median FPS at 100 per cent stability while playing graphics-intensive games is quite impressive as it’s on par with the results of the Snapdragon 888 totting ROG Phone 5 and interestingly even better than that of the OnePlus 9.

However, the phone’s not exactly a winner at other benchmarks, with the Galaxy S20 FE 5G only scoring 567076 points on AnTuTu and 861 points in the single-core and 2809 points in the multi-core test of Geekbench. 3D Mark Wild Life results again aren’t anything to write home about as the phone only scored 3772 points — a tally significantly lower than that of the OnePlus 9. Apart from this, the chipset on the device also enables support for 5G through its second-generation X55 modem. This, over and above the upgrades in performance, acts as an additional reason to recommend the device.

Moving on to what’s outside, the phone offers a modern design language that follows a minimalist approach and manages to look premium despite the use of plastic at the back of the device. Now, this is interesting because Samsung’s decision to use plastic instead of glass as the phone’s core material puts the Galaxy S20 FE 5G at an obvious disadvantage. However, that’s only when you read the marketing material of the phone. In real life, the moment you lay eyes on the S20 FE 5G or hold it in your hands, you’re instantly reminded that the phone is as premium as the premium gets. And over and above that, it’s also practical — something that you can’t say for all glass-back phones.

The S20 FE 5G has just about the right amount of heft to feel solid when you hold it in your hand, and the matte finish back of the phone is not only pretty to the eye but also on point ergonomically. Adding to the premium quotient of the phone is the design decision to keep things extremely simple at the back of the device. For example, on the Cloud Mint variant of the device you get nothing but a small Samsung logo and a vertically placed, and might we add a very tastefully done triple camera set-up. These elements come together to create a rather striking device that’s sure to turn heads when you pull it out of your pocket in public.

The display is the other big design element of the device is the display. Things again have been kept simple here with Samsung choosing to go with a non-curved display that merges seamlessly with the frame of the phone.

This is a 6.5-inch Full HD+ Super AMOLED panel capable of reaching a high refresh rate of 120Hz. While we would have preferred support for WQHD+ resolution, it’ll be fair to say we’re happy with the fact that at least there’s support for a fast refresh rate here as it definitely improves the overall experience of using the device. As for the other aspects of the performance of the display, we found the panel to get plenty bright and also offer good viewing angles. While we haven’t been able to test the panel using our trusted Calman display tests yet, it’s definitely something we plan to do in the coming days and update this review with the data to help our readers make more informed buying decisions. 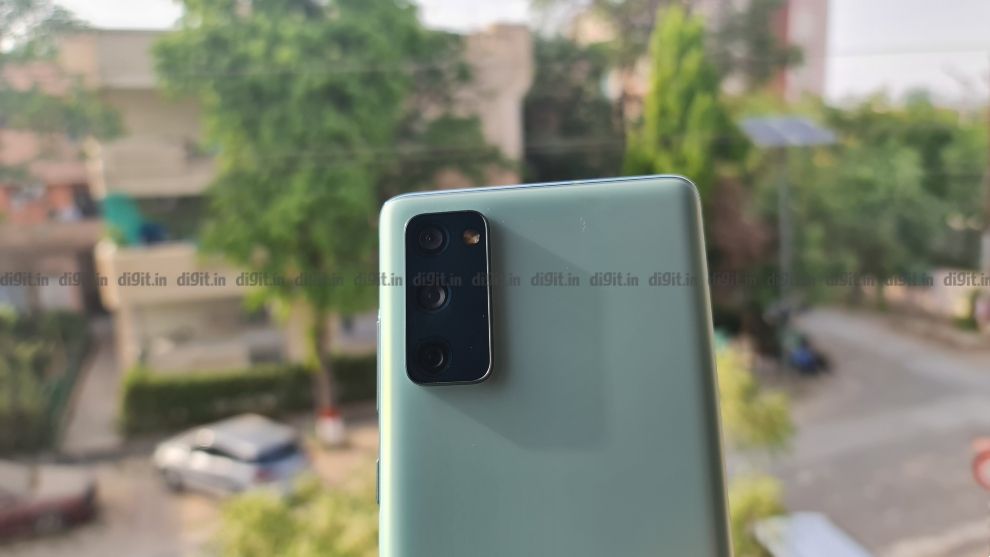 Moving to the cameras, the Galaxy S20 FE 5G offers the same set-up — and the same performance — offered by the 4G variant of the Galaxy S20 FE. As such, what we have on the new device is a triple rear camera setup that features a 12MP primary lens with support for OIS sat next to another 12MP ultra-wide camera. Completing the camera set-up is a 8MP telephoto lens with 3X optical zoom.

We’re happy to report that all three lenses churn out good shots in daytime conditions when the camera is fed with a good amount of natural light. This is especially true for the primary lens which captures detailed shots with rich and accurate colours. These shots offer good dynamic range and even more improved results with HDR on. 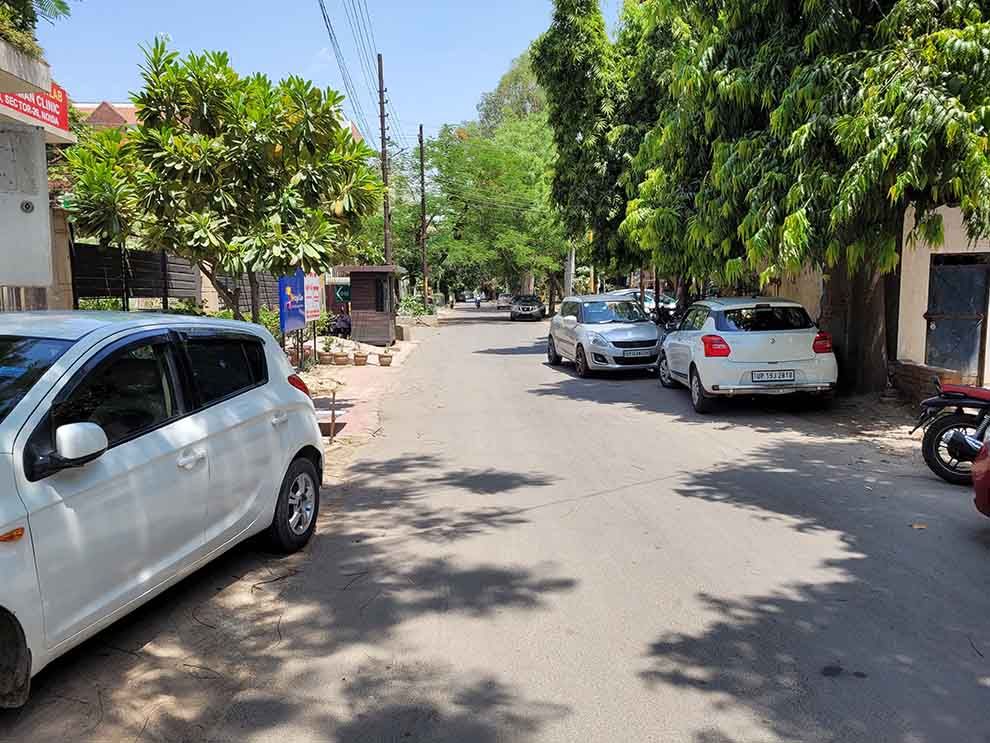 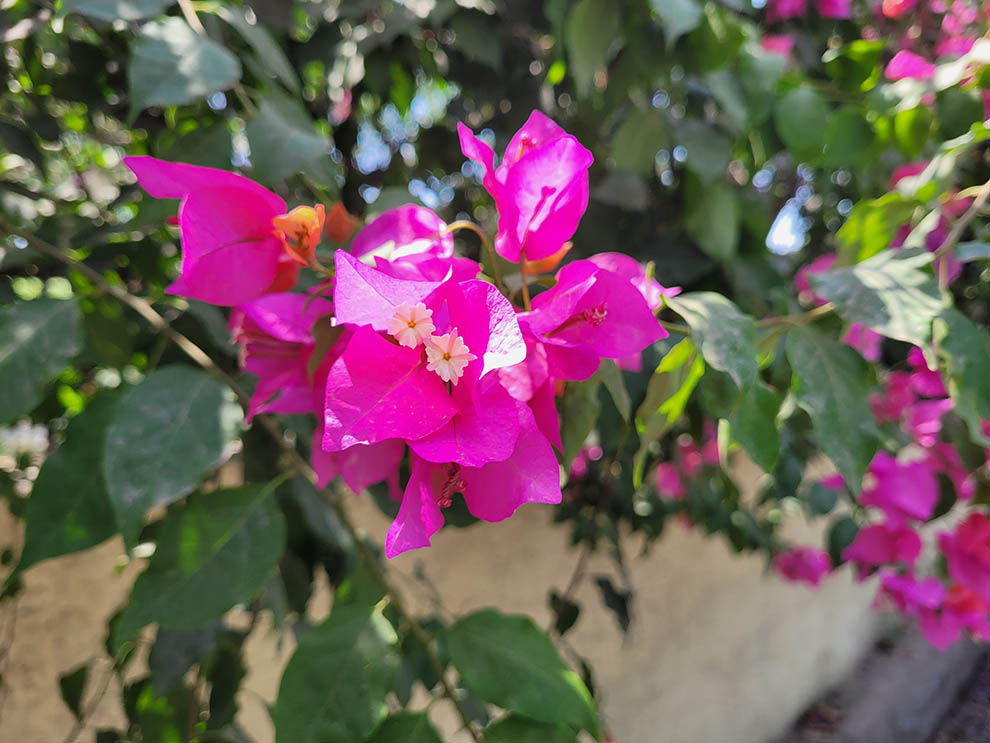 The ultra-wide lens also does a good job, but there is a visible fish-eye effect in the images captured using this lens. The telephoto lens is possibly the least usable of the three cameras in the set-up, however, that’s not a reflection of the performance of the lens, but rather the little usability of telephoto lenses in general.

The phone’s camera app also brings access to Samsung’s computational photography-based modes such as Single Take and Live Focus. The latter being the phone’s portrait mode which clicks some really nice shots with good depth effect in them. The mode works almost equally well in both daytime and low light conditions. However, in the latter, the level of detail and accuracy of the blur along the edges of the subject goes for a toss a little. But apart from this, the low-light performance of the camera set-up is generally good, with the primary lens clicking good shots that can be further enhanced using the night mode on the device.

On the front of the phone is a 32MP selfie camera that captures accurate skin tones and skin details in well-lit situations. The low light performance of the lens, however, is something that leaves a little to be desired. 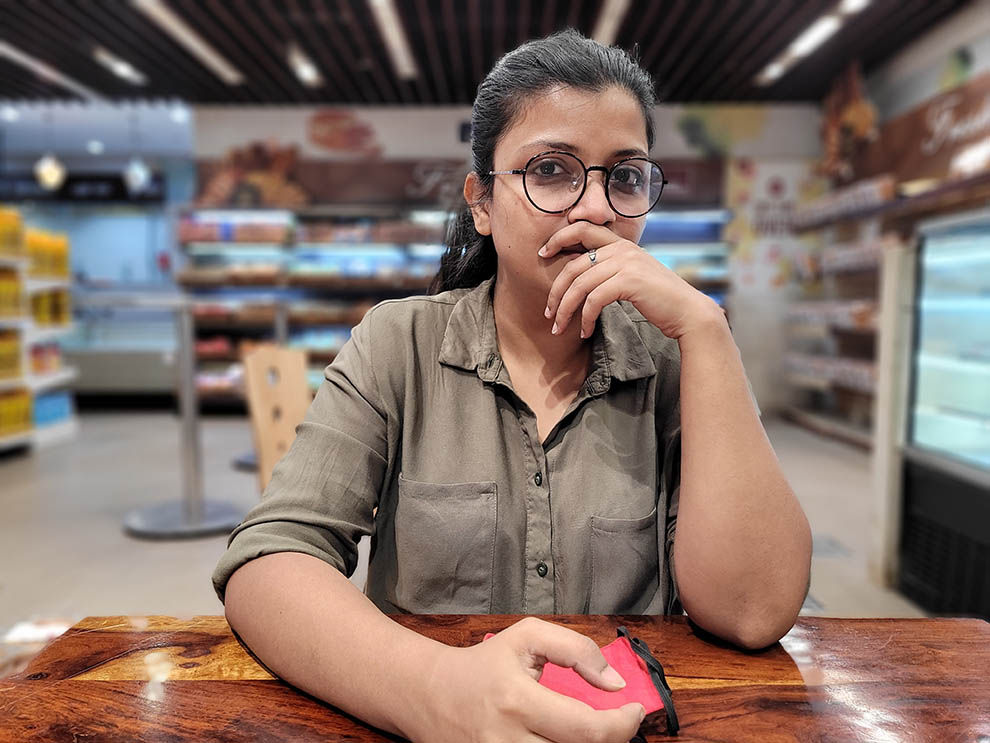 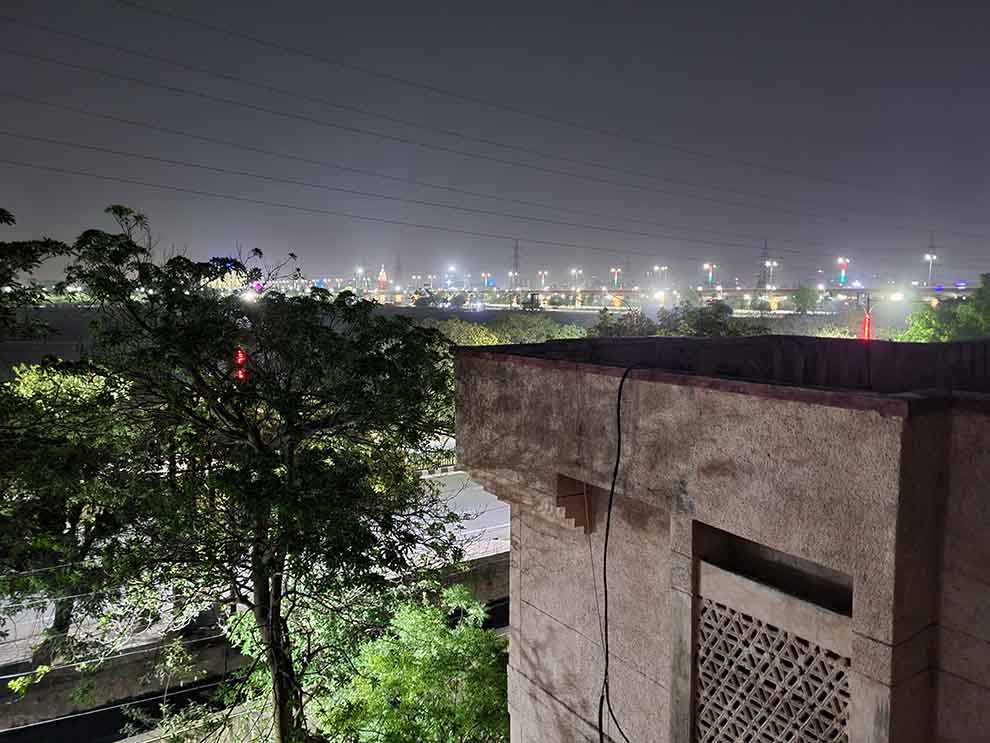 The Galaxy S20 FE 5G is a mixed bag when it comes to the battery department. While the phone comes with a big 4500mAh battery pack, which also manages to last over a day on moderate use, the fact that the phone only comes with a 15W charger in the box — even though the phone supports up to 25W fast charging — that takes ages to charge the device is a definite red-flag if you’re comparing the phone to something like a OnePlus 9 which offers a 65W fast charger in the box.

During our review of the device, the bundled charger took a little over an hour and a half to fill the phone’s battery completely. In comparison, the OnePlus 9 takes around 50 minutes to charge to the brim using the bundled charger. 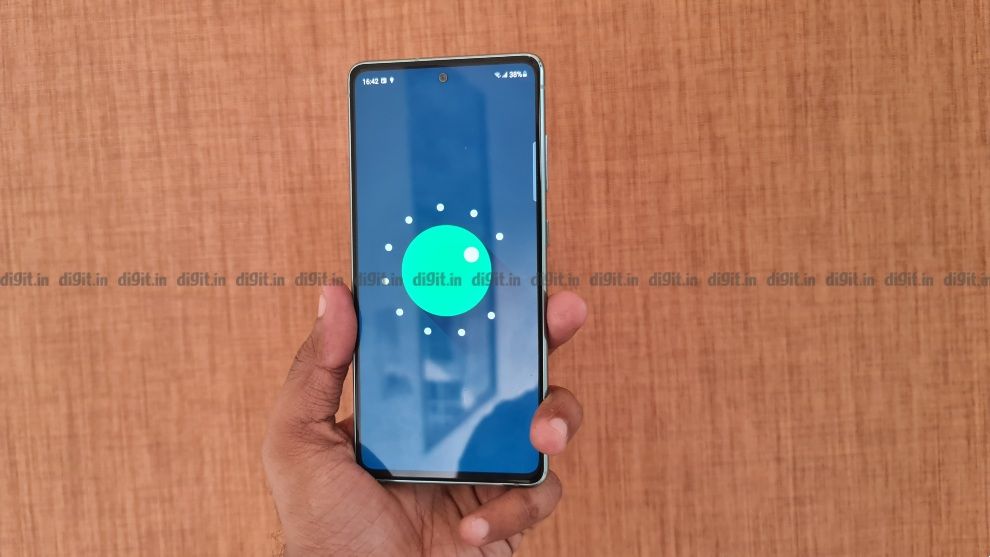 Samsung Galaxy S20 FE 5G review: Should you buy it?

Yet, despite being a mixed bag in the battery department, it’s the overall performance of the Galaxy S20 FE 5G that makes it a worthwhile investment. At Rs 47,999, it is one of the best — if not the best — smartphones available in the sub Rs 50,000 segment of the market right now. And honestly, that’s no mean feat as this segment is one of the most strongly fought ones in the market currently.

Yes, it’s true that the Galaxy S20 FE 5G does not have the best cameras, nor does it offer the best gaming experience in the segment. In fact, it doesn’t even manage to stand out as the best-designed phone in the segment. However, the margin of its loss to its competitors is so negligible in all these departments that it manages to emerge as possibly the best overall device in the price segment.