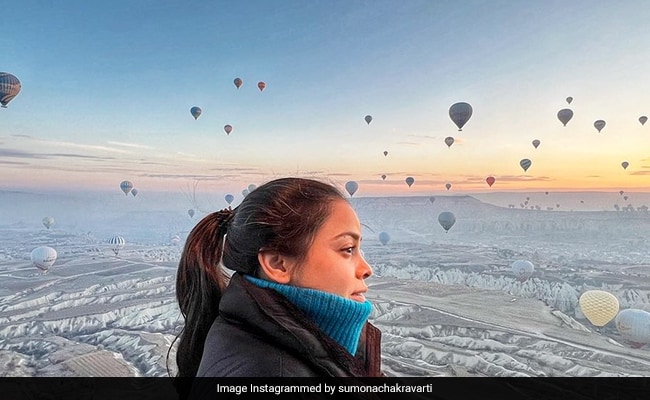 Sumona Chakravarti is one of the most recognisable faces on Indian television. The actress is also popular on social media for her unfiltered content. Now, Sumona has shared a set of images from her  vacation in Turkey. She has dropped a bunch of stunning photos on Instagram that have received compliments from all quarters. The pictures feature the beautiful locations of Turkey as well as Sumona in her fashionable best. In the caption, Sumona wrote, “Ended 2022 with the most spectacular sunrise of the year. From freezing Cappadocia to the sunny cold weather in Bodrum! Thank you, Universe for the experience and the memories. Part 1/2. #TurkeyDiaries #iphonephotography.” She also added heart and amulet emojis. Now, we cannot wait for the second set of images that Sumona has promised in the caption.

On Christmas too, Sumona Chakravarti shared an image of herself posing in front of a well-decorated tree at home and wished her fans.

Before that, Sumona Chakravarti posted an image of her time in Palampur and said, “Winter Sun needs no filter. Throwback to this beautiful cold day in Palampur. Major missing. It’s time for a white new year.”

Disha Patani Flies Out Of Mumbai