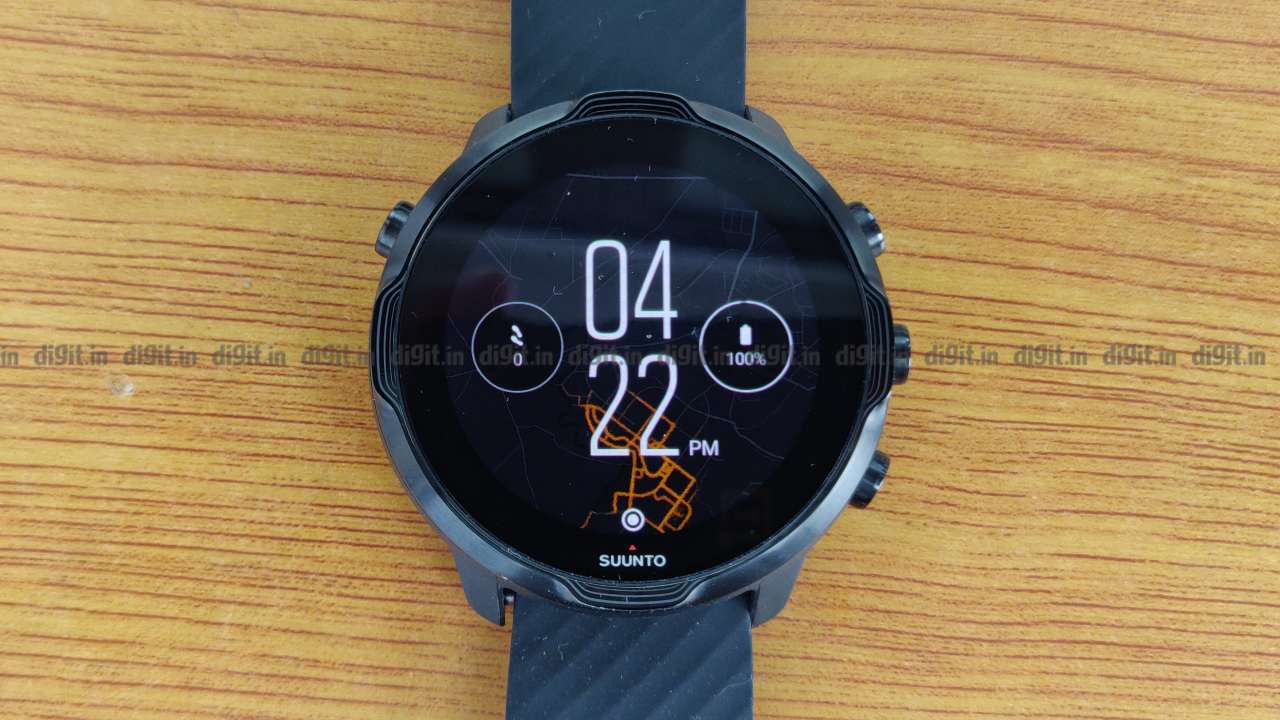 Suunto is a name synonymous with rugged, outdoorsy accessories that range from compass sports watches. The Suunto 7 that we have right here is a part of a range of ‘smart sport’ watches by the company which aim to merge rugged sports watches with the functionality offered by a WearOS powered device. While we have rugged wearables, they are usually based on proprietary platforms. So they can be limited when it comes to functionality and versatility that an established wearable OS can offer  With prices starting from Rs 36,999, is the Suunto 7 worth picking over other wearables? Let’s find out.

The Suunto 7 packs a very hefty build, which is expected from sports watches. It packs a large metal body with soft silicone straps. However, the wearable is still relatively light. It packs a total of four buttons, which is quite a lot compared to most other wearables in the market, but it does add to the whole ‘outdoorsy’ look that Suunto seems to be going for. The bottom of the Suunto 7 is made of sturdy plastic and houses the optical heart rate sensor and the contact points for the charge.

A notable little feature is that four edges around the display of the Suunto 7 are slightly raised. This helps protect the display when it is placed (or dropped) on the round. The display itself is made from Gorilla Glass which adds another degree of protection. Another handy thing to note is that the wearable is water-resistant up to 50m. 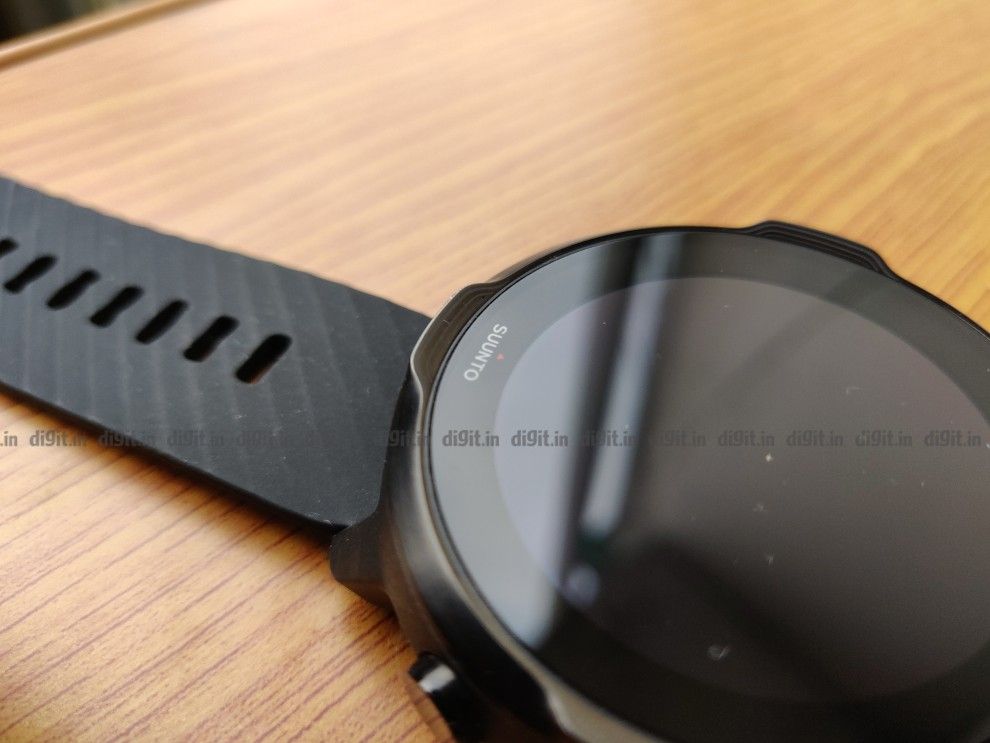 Despite its large size, the Suunto 7 is quite comfortable to wear. However, the large size does mean that those with smaller wrists might find it a little too ungainly. 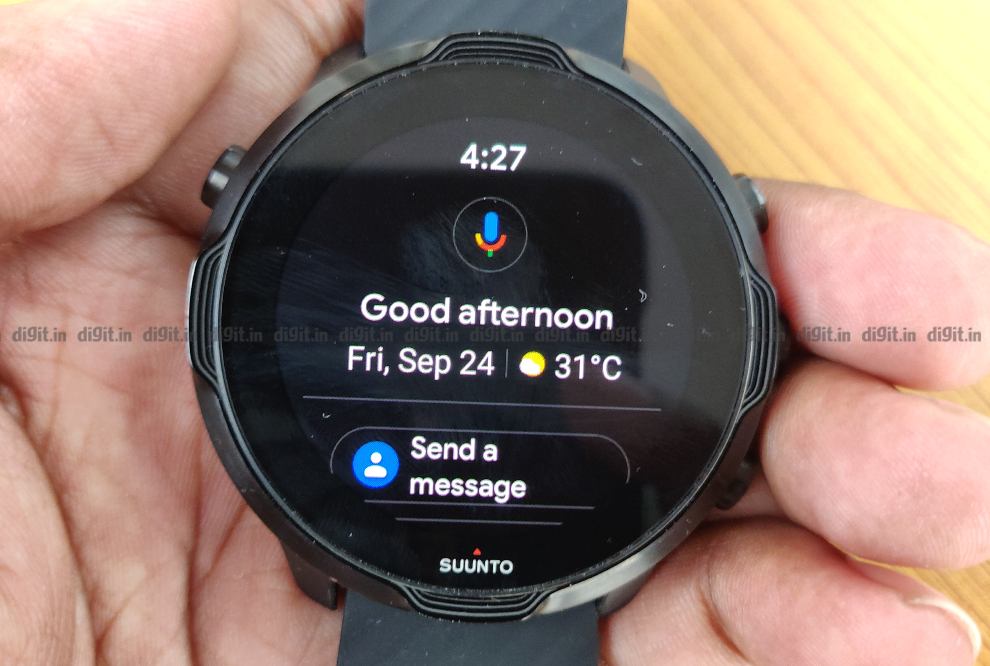 The Suunto 7 packs a large AMOLED colour touchscreen that is nice and vibrant, While the glass on the display is quite glossy, the display is bright enough to be legible in sunlight. It ticks all the right boxes. However, the same cannot be said about the UI…

Google’s WearOS powers the Suunto 7 and is fine for the most part. However, it does get annoying at times when trying to use it in tandem with Suunto’s own take on what the UI should be. The four buttons on the wearable tend to make things a little confusing too. For example, swiping right when inside a menu will take you back a step. But on the main menu, it will activate Google Assistant. The lone button on the left of the device acts as a ‘Home’ button most of the time. But when used on the home screen, it opens up Google’s list of apps.

Keep in mind that these apps are different to the tiles that one can access by swiping left on the watch face. The remaining three buttons on the right seem to be dedicated to activities. When on the watch face, the top button acts as a quick way to bring up the activity menu, the middle one brings up media controls, while the bottom button quickly brings up a stopwatch. When an activity is on, the top button will pause/resume activity, the bottom one will stop it. But pressing the bottom button without pausing the activity will set a marker such as a lap time. Are you still following me?

Overall, I’m sure anyone will get used to the setup after a few days of use. Further, the buttons do make it easier to use when wearing gloves or when underwater. But I still think that there could be more elegant ways of doing the same. Garmin and Fitbit seem to have nailed their UIs. Suunto will do well to take cues from them. 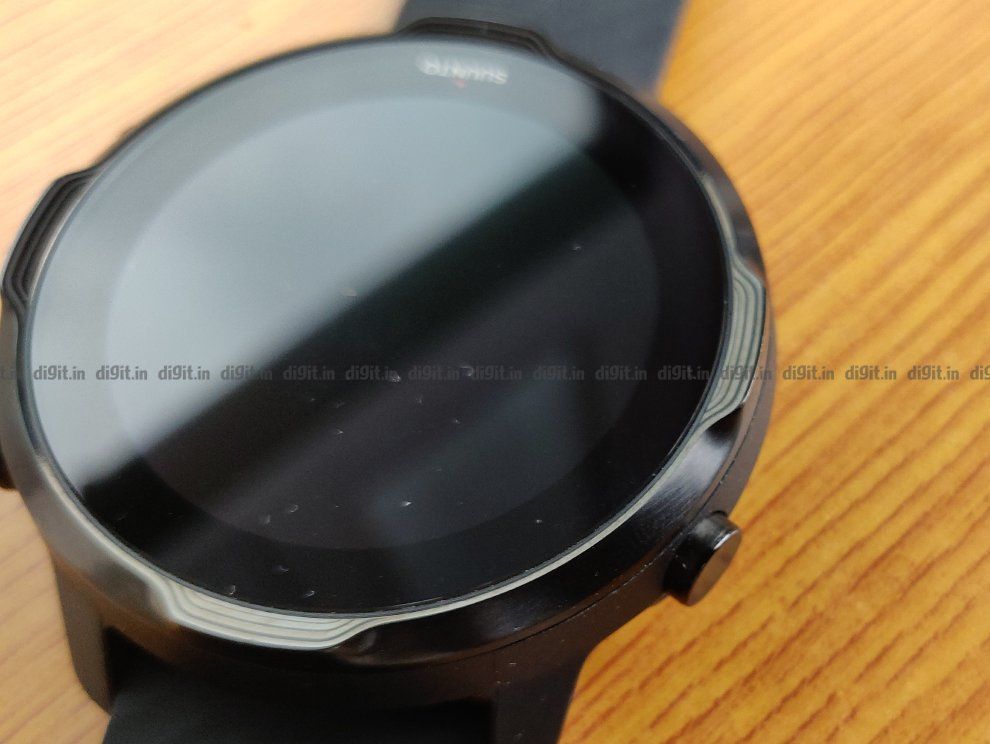 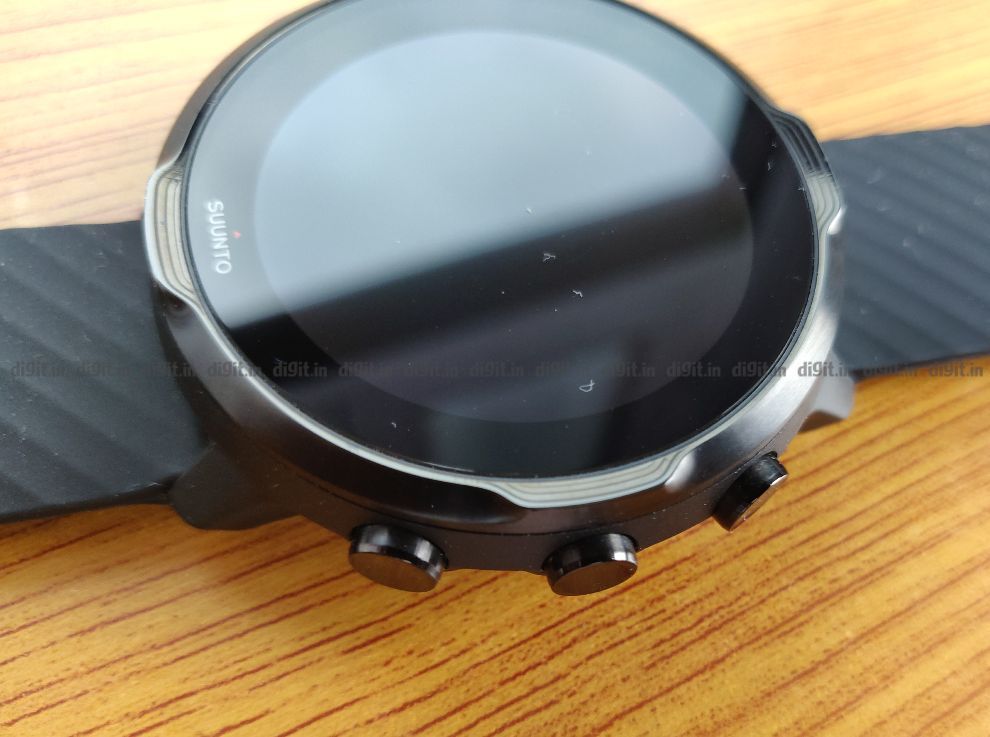 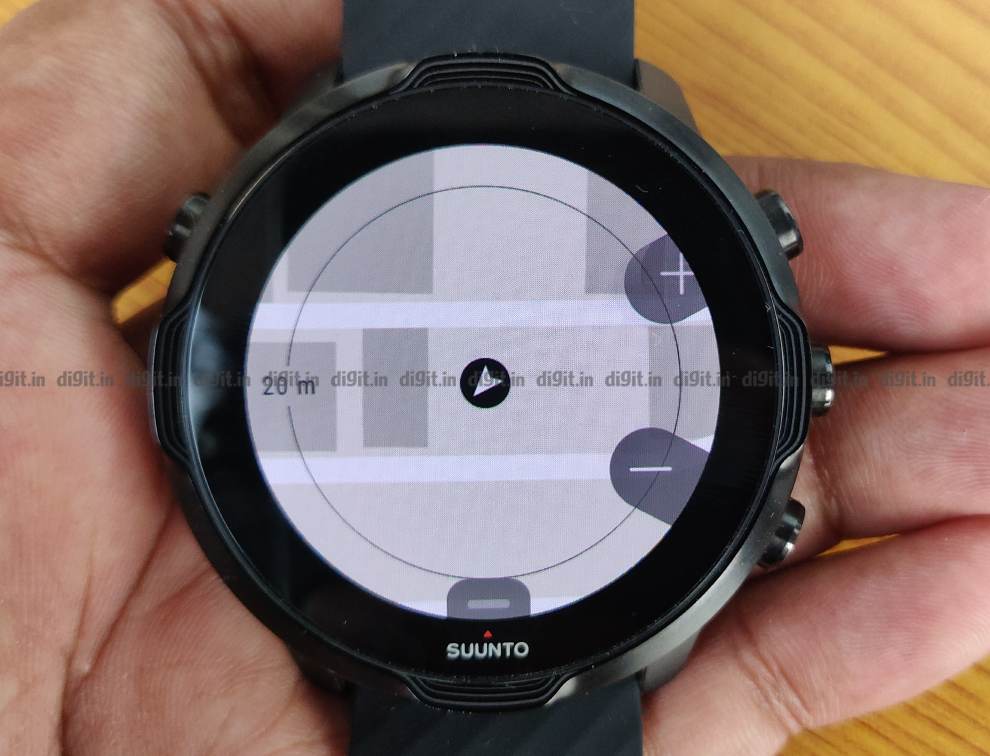 I usually have a system wherein I do a set of Seven Minute Workouts to gauge the effectiveness of any wearable against its competitors. However, due to a very annoying and persistent pain on my wrist, I was unable to do just that. Thankfully, my office has opened up so I could use my commute as a benchmark.

My commute is pretty straightforward. It sees me mostly walking about during the commuting hours, and sitting in front of my computer for the rest of the time. As such, the number of steps I take during office days is usually around the same ballpark. Thankfully, the step counter was on-point at around 5000 steps. Besides steps, the wearable also tracks calories and

Setting up the Suunto 7 requires the user to install two apps on their smartphone. The WearOS app and the Suunto app. While it is mildly inconvenient, it’s not that bad. The WearOS apps handle smartwatch focused features such as apps, watch faces, notifications, tilt-to-wake and more. The Suunto app is where users will get access to metrics related to activities.

The WearOS is pretty straight forward and aside from the initial setup, I barely used it. As mentioned earlier, it is also how users will be able to switch watch faces. I personally loved the ‘Heat Map’ watch face as it showed an overview of your local area with frequently travelled activity highlighted. 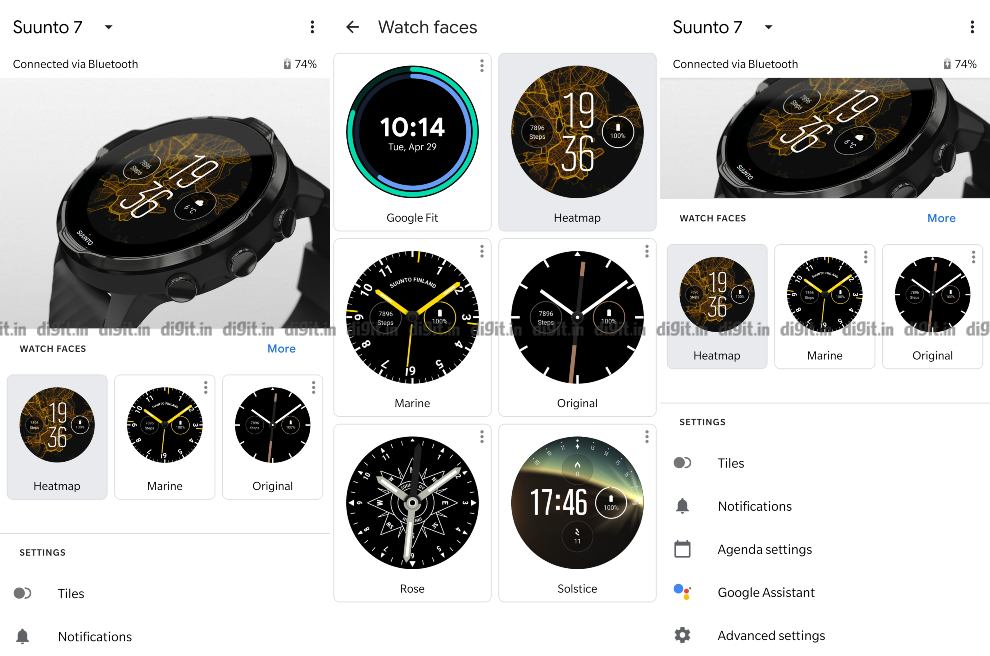 The Suunto app is more geared towards fitness and as such, will most likely be the app that users will access more of. The app is pretty straightforward and gives users access to information in the form of cards.

Tapping on any one of the activity cards gives you the detailed information. Besides the usual slew of information like duration, distance, average speed and so forth. Users can also access information such as ascent, Training Stress Score (based on intensity and duration), pace, cadence, and more.

One of the most interesting features of the app is the fact that users can replay their activity and route. This allows them to see their speed, altitude and heart rate across different sections. This can be a handy tool when planning a route as it will allow users to fine-tune routes based on their intensity levels.

Swiping right from the main tab gives users access to the calendar, activity trends and the map. 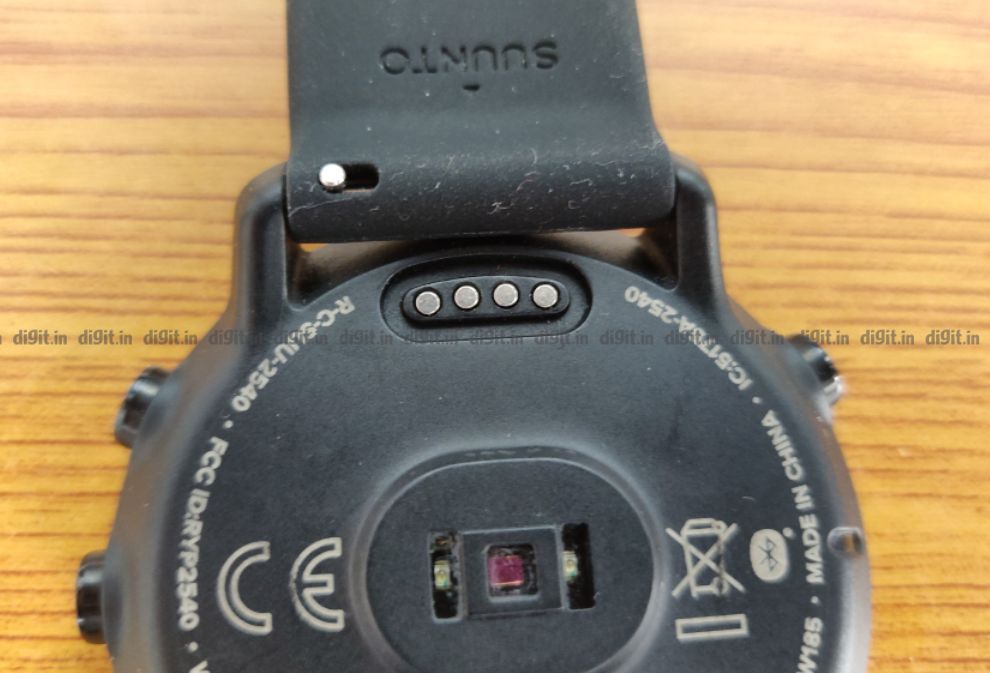 The Suunto 7 offers a battery life of just about a day, which can be pushed to a day-and-a-half with average use.  This is on par with most other smartwatches such as the Apple Watch Series 6 (review). However, it does pale in comparison to dedicated fitness wearables such as those from Garmin.

This can be a bit of an issue for anyone looking to use the devices for something like hiking/camping. Plug points could be few and far between, and pretty much requires the use of a power bank.

The Suunto 7 is a pretty unique offering. Its WearOS base gives users the flexibility to access major apps that they can install on their wearable. Along with that, the legacy and expertise of Suunto give the watch a top-notch build that can rival any rugged watch in the market. As such, the Suunto 7 is arguably the most rugged device that can call itself a proper smartwatch.

However, not everything is perfect. The UI in the Suunto 7 is confusing at least. The relatively poor battery life is also a cause for concern for those planning to wear it for camping or long hikes.

The UI concerns as well as relatively poor battery life make it difficult to recommend to new users looking for a rugged new wearable. However, those who require ruggedness and don’t really need smart features might be better off with something like the Garmin Forerunner 55. Similarly, those looking for a fitness-centric device without much ruggedness might consider something like the Apple Watch SE or the Samsung Galaxy Watch 4 (review), both of which are considerably more affordable.

The Suunto 7 has the unique position of being one of the only smartwatches to feature this level of ruggedness. As such, it doesn’t really have much in terms of direct competition. However, if Suunto can streamline the UI and improve battery life, it has the potential to be among the best.